Grandma always had a vinegar cruet on her table.
Filled with peppers.
She used it on cooked spinach
(and hers was way overcooked -- it needed something)
and those beans that she cooked so often.

I had forgotten about the pepper vinegar. . .
A memory of my childhood

I love cookbooks about places I've been.
Not necessarily bought when I was there
Daughter Sarah and I went to Savannah in 2010
It was one of my favorite trips
I loved Savannah 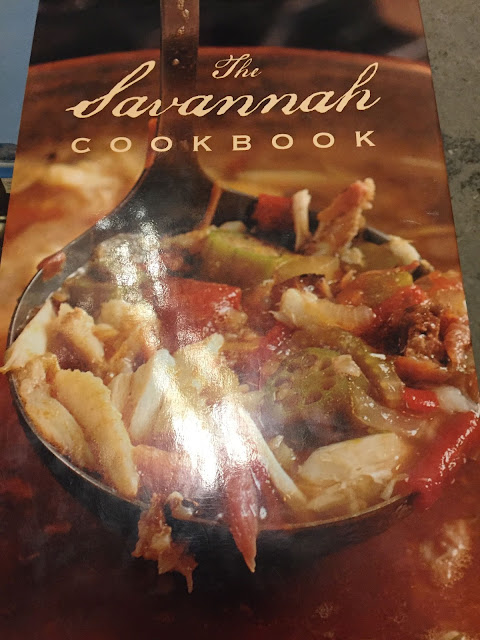 And on a shelf in a used bookstore, I found this book
by Damon Lee Fowler
It is my absolutely favorite Savannah book
(It also led me to buy his other books --
He probably is my favorite author on Southern cooking!) 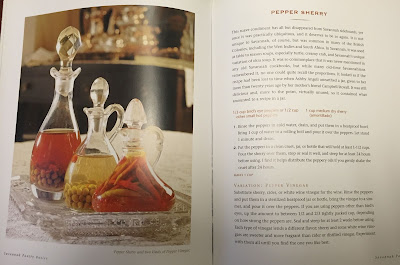 Is this page on pepper vinegar and pepper sherry

He recommended "bird peppers" for the sherry and vinegar
(bird peppers, it seems, are something that grows in almost every Savannahan's garden)
I googled, found only seeds, but could not find a pepper source and then six months later . . .
at Penzey's . . . there they were -- called something else but in the "fine print"  identified as "bird peppers" 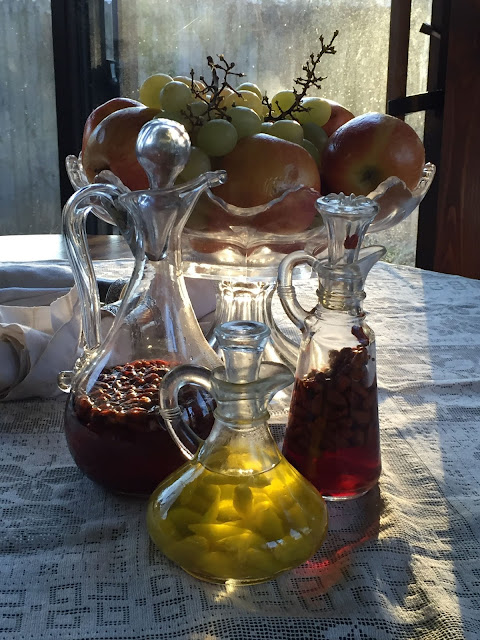 Thank you, Damon Lee Fowler, for adding some much needed spice to the meals at Linderhof!

Now that is very interesting. I have seen things like this on tables in Texas and wondered what they were!

I may have to look for some of his cookbooks if they are your southern favorites. I think I've only ever had one Savannah cookbook, even though I've visited the city plenty of times! (And your comment about your grandmother's spinach made me LOL!)

This was some lovely pictures and I found it very interesting. A few years ago, my 96 year old neighbor was breaking down her house to go to assisted living. She gave me her mothers cruet that had sat on the family sideboard all during her growning up years and might have been the grandmothers. Then a few years later, my 85 year old neighbor across the street died and at her auction was a lovely old cruet. I have them in my hutch but really do not use them. My hubby won't touch vinegar! A little aside, you know SE Kansas is the home of vinegar on chili!!!!!

And in Canada, vinegar is used in place of ketchup on French fries. I'll look into that pepper in the vinegar thing. I'd like to taste it.

These pepper vinegars sound soooooooo delicious. I do have this book and think it to be an excellent book IMO however, I missed this part. I'll have to make these vinegars since my guys in our family just LOVE Pepper Vinegars. Loving this post, it is a reminder that I need to look more closely at this book. Thank you Martha for sharing this information and thank you especially for the lovely Christmas card. It meant more to me than you can ever know. I hope the New Year brings you lots of JOY and HAPPINESS.

you got an absolutely wonderful house

Martha,
A lovely and tasty addition to the tables at Linderhof, dear friend!!!
Fondly,
Pat