Today is Epiphany
The day that the Kings arrived in Bethlehem 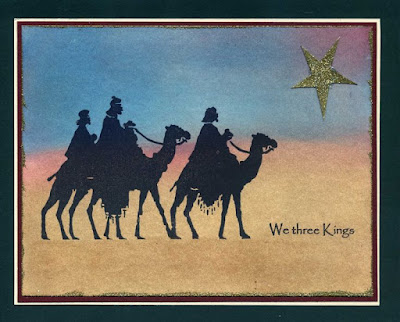 It's the official end to the festive Christmas season!

The Twelfth Night (Epiphany) also marks a visit to the baby Jesus by three Kings, or Wise Men. The word 'Epiphany' comes from Greek and means to show, referring to Jesus being revealed to the world.

The three men - Melchior, Caspar and Balthazar followed the star of Bethlehem to meet the baby Jesus.   Their gifts of gold represented his royal standing, frankincense his divine birth and myrrh his mortality.

This is the beginning of the season of Epiphany which extends from today until the start of Lent on Ash Wednesday.
And the church's paraments, vestments and altar clothes shall be green during this season.

A tradition for Ephiphan is King's Cake 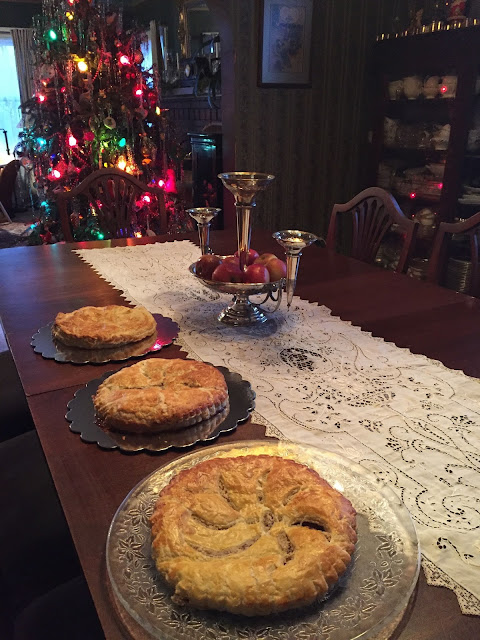 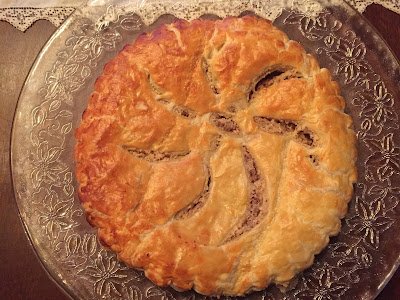 Puff pastry filled with an almond filling
Different from the New Orleans Mardi Gras King's Cake
Different but the same
For they both have a surprise hidden inside! 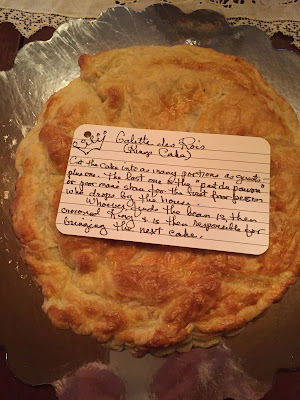 "Our" King's Cake I shared this morning with my Bible Study group.
A new tradition for them.

This afternoon, as is tradition, down comes the tree,
Back into the box goes the Nativity Set
The German pyramid is put away for another year
And the mantles are "de-greened".

The house looks sparse without the finery of Christmas.
But it's the way the house should be in January!

A nice tradition. Look delicious too.

I did not know about this type of King's Cake, so thanks for sharing this!