The Thalias
A women's club in Nevada
use a Tasting Tour
as their fundraiser.
Started way back in 78 or79.

It was a great event
A theme, great food prepared by The Thalias
And . . . . it was also a homes tour
Each year there were three houses
And one of them was always an old one.

In those early years, The Thalias also sold cookbooks
Which detailed the menus for each home
which included the tasting recipes as well as other recipes from the members

I have all the cookbooks
And they are ones that I truly treasure
And a lot of our favorite foods comes from those pages.

My favorite meal, however,
was at the 1984 tour
The theme was
Brunch, Luncheon and Dinner
And as I sat in Sally Thorpe's living room
I fell in love with the meal
The Dinner meal
(as served on the Tasting Tour)

That night for dinner, having a whole chicken in the fridge and peas in the pantry,
I recreated the chicken, potatoes and salad that we were served.

And it became a favorite meal when we lived in Nevada 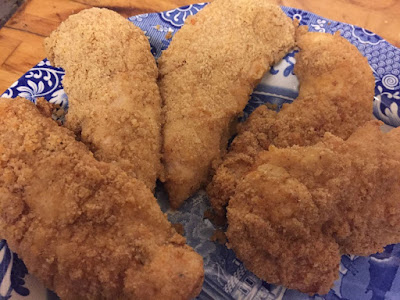 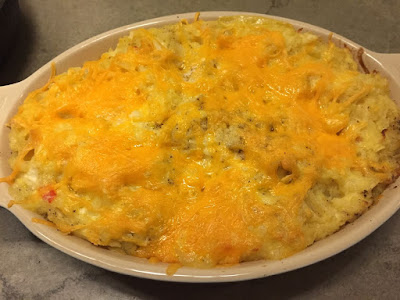 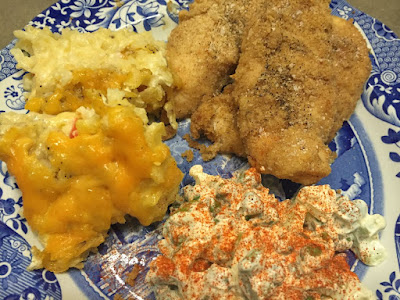 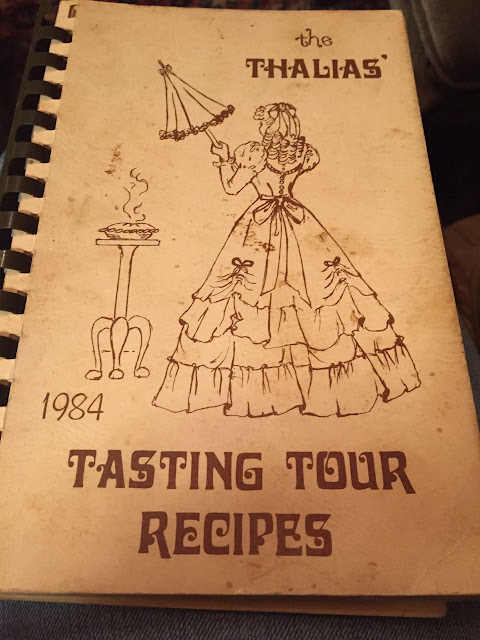 The cookbook is definitely loved! 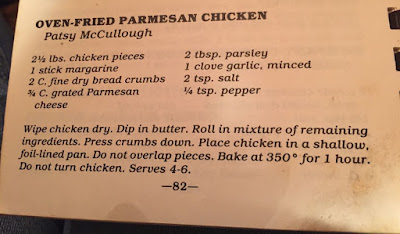 As is the pea salad.
I used frozen peas instead of the canned ones
And I think it makes for a better salad.

Looks absolutely delicious! Thanks for the recipes!

That sounds like a menu for the next Bridge Luncheon!

Martha,
YuMMy!!!
I, too love old cookbooks!!!
When "Mr. Ed" was serving in Europe, the ladies of the Chapel put together an amazing cookbook!!!
These cookbooks are priceless!!!
Fondly,
Pat