Our Original Angela was the hostess
She picked: 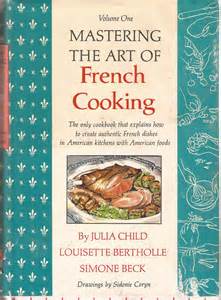 Julia Child
(Not just from Mastering, but any of Julia's works)

And the "pot luck gods" were in our favor
For our meal was varied and excellent:
(Disclaimer:    descriptions all in English!) 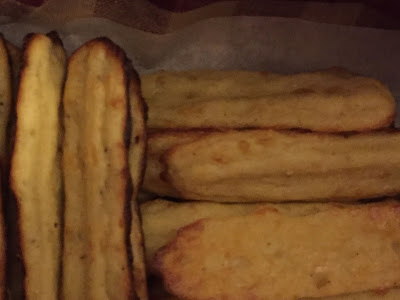 Donna's
Potato Cheese Sticks
(an appetizer according to Julia
We thought they tasted a lot like potato pancakes!) 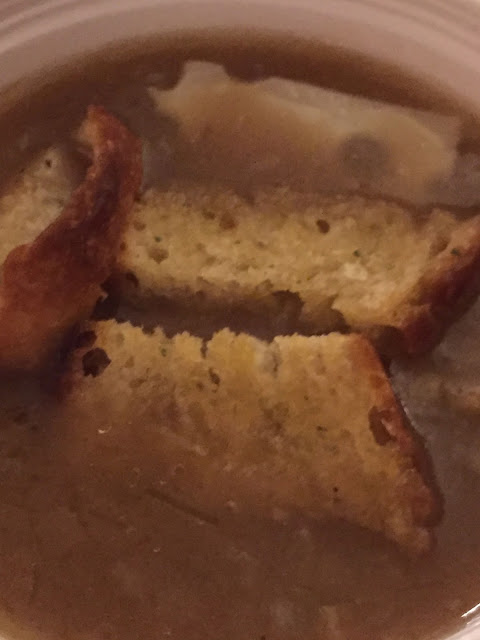 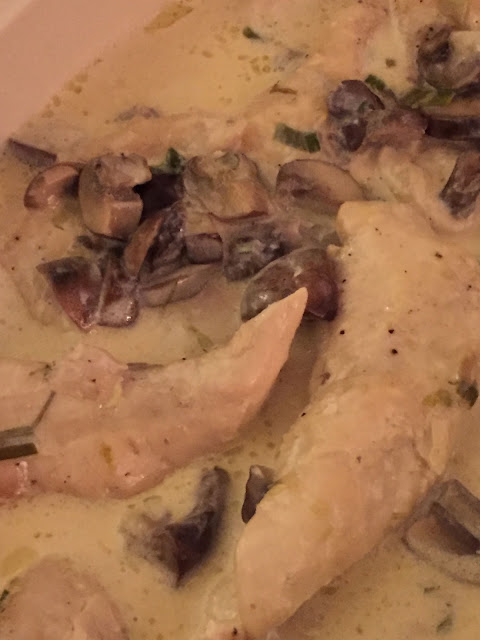 Chicken and mushrooms in a cream and butter sauce 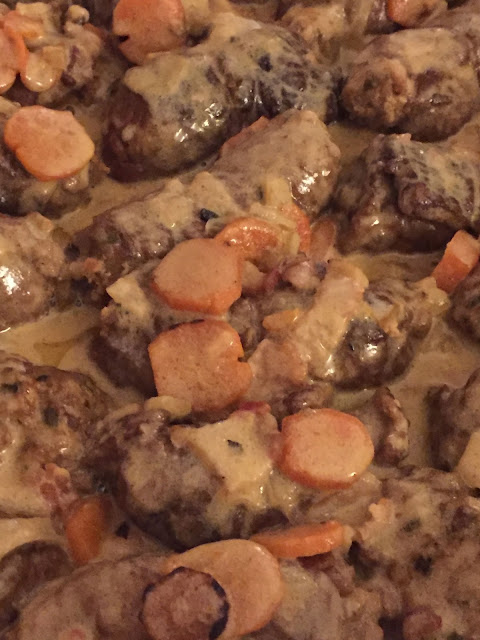 A wonderful beef roll up dish

A vegetable and a salad 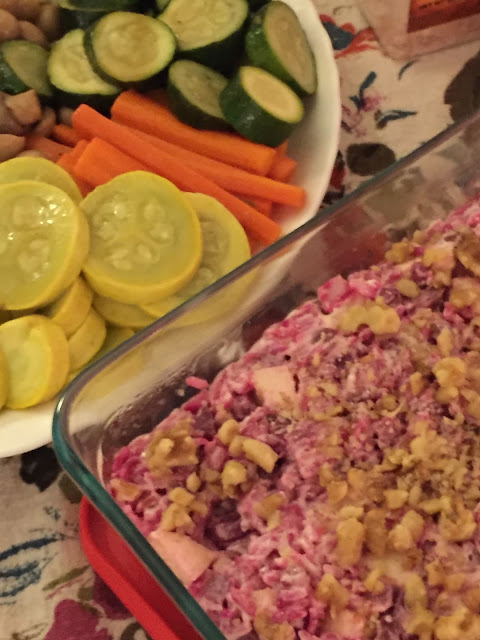 Barbara's "Greek" vegetables.   Not a salad but a cold vegetable dish
(we judged it the pretties)

Liz's beet and rice salad.    A yummy combination which we thought was the most colorful!
(and we decided that on a buffet table it might be confused with the strawberry pretzel salad.
As good as it was, that may be a cruel turn of affairs.) 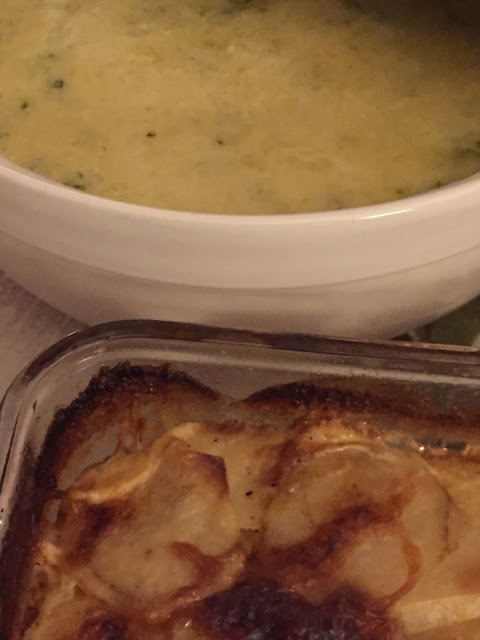 Rita's zucchini and cheese casserole and
New Angela's  potatoes gratin (well, actually Angela's Mom made it -- because
New Angela broke her leg in three places on a ski trip!   But she was a trooper, coming to our dinner tonight!) 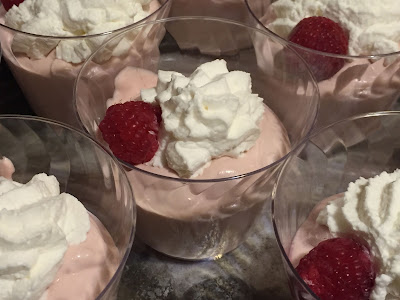 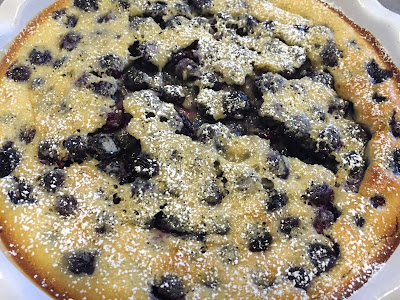 My blueberry clafoutis
(made with local frozen blueberries!)

It was a fun evening.
We all agreed that Julia (even though she picked up a chicken off the floor)  was really a perfectionist in getting the most flavor out of each and every dish.    There was, after all, extra steps that we weren't used to.   But those steps definitely got the best flavor out of the ingredients which made the end result so much better!

We also felt that even though there were more steps in some of her recipes, they were all easy to follow.     She was very precise in how you put the dish together.

Spring Fling -- Recipes from the March and April Issues of Bon Appetit!
Posted by Martha at 10:57 PM

What a group of good cooks and good sports! You could have sold tickets to that dinner!

What a lovely group and dinner. I think I have found someone who has as much China as me.

Your cookbook book club had some delightful looking dishes too. Our group has been the most fun I have had in a long time. I absolutely love trying new dishes that I have never prepared before and taste testing, it becomes such an inspiration and a challenge. Our organization has been so much fun. Your blueberry claflouti is definitely one I would like to try when our home grown at the farm blueberries come in. Absolutely LOVED seeing about the book y'all chose and those amazing looking dishes.

Your cookbook club sounds wonderful. I want to start a club like this. How did you get it started? How many members do you have? I love cookbooks and have lots....Annie