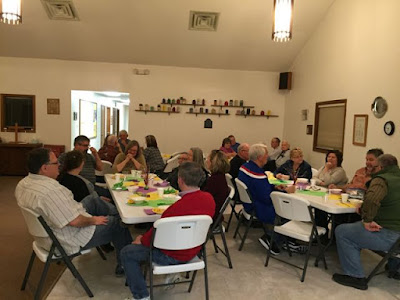 Held in the Fellowship Hall

It's served in three courses
Appetizers, Main Course, and Dessert
And we all bring something

Not all the food but most of it . . .
And remember, Church Ladies make the best food! 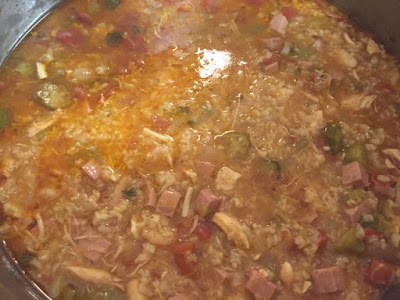 Dennis' Gumbo
I think everyone got a bowl of it
Which wife Lisa is really glad for Dennis made a small vat of it! 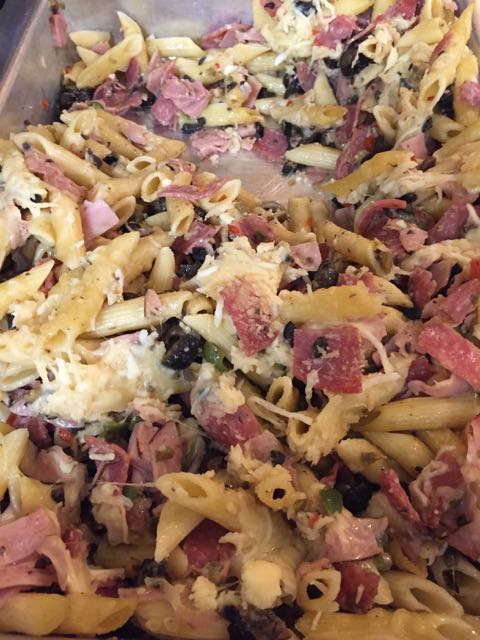 Cathy's Muffuletta Casserole
A new recipe for her.
All of the flavors of a muffuletta, pasta instead of bread
And it's baked!
Judging by the amount left, everyone loved it! 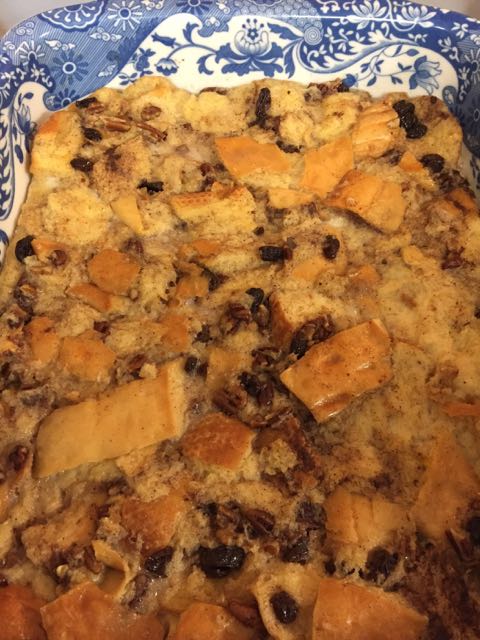 My Bread Pudding
an old recipe that I've been making "forever"
served with a Bourbon Vanilla Sauce
(which some poured on other desserts!) 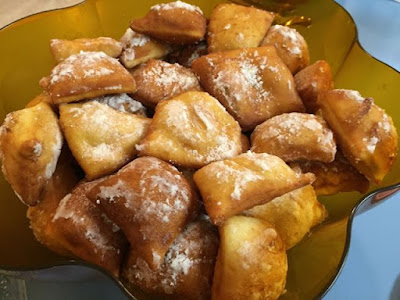 Stacy's Beignets
Which were wonderful
And a first for our event! 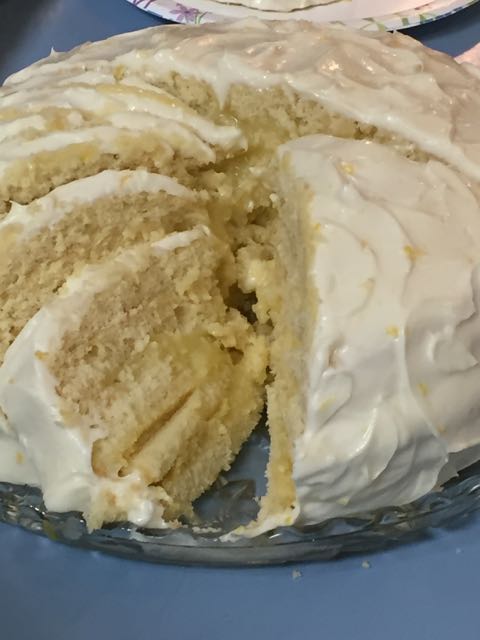 Lois' Six Layer Lemon Cake
It was so good but it should with all of the lemon and sugar and cream cheese
that it took to make it!

And the desserts were washed down with Cafe Du Monde coffee
But we Lutherans like our coffee!

And this was the first of the three years that we didn't have snow or sleet
the night of the party!

The appetizers were amazing (and gobbled before photos could be taken) -- Kate's hot crayfish dip (a tradition and it would be our party without it as well as Karen's cold shrimp dip and an appetizers with pasta, cheese and andouille sausage)

We had two other main courses -- Stacy brought a wonderful shrimp and chicken pasta and Gayle brought red beans and rice!

It was a great night and to think these mostly German Lutherans from Kansas were celebrating a mostly French mostly Catholic mostly Louisiana holiday!
Posted by Martha at 5:41 PM

Score a point for multiculturalism!!
It looks like the Kansas Lutherans can celebrate Mardi Gras with the best of them!

I can't imagine food more appealing that what was served. And...in great company in the community room of the church. It is so American. I loved this post.
Ginene