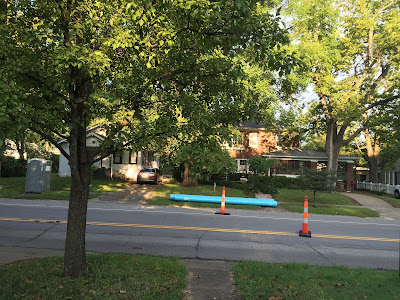 Blue pipe (and an outhouse next door)
appeared magically in front of Linderhof! 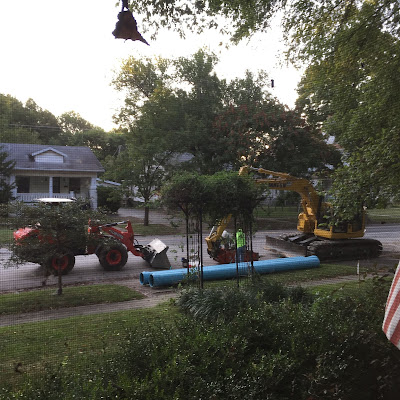 And then BIG equipment showed up in front of the house 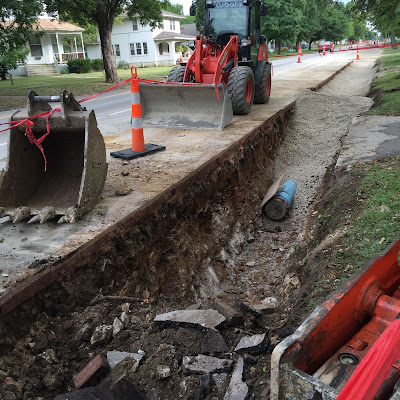 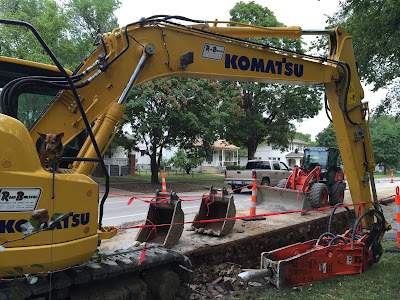 One of the "perks" of the street project is new driveways 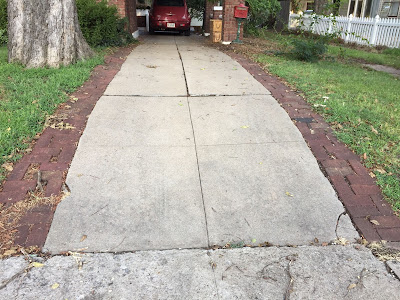 Linderhof's was in sad shape.
It was, after all, almost 100 years old 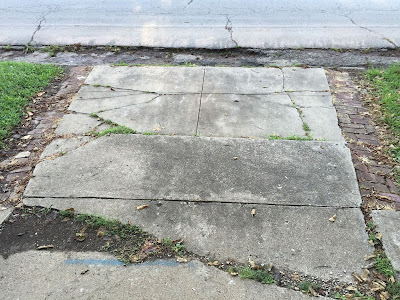 And the north drive wasn't much better! 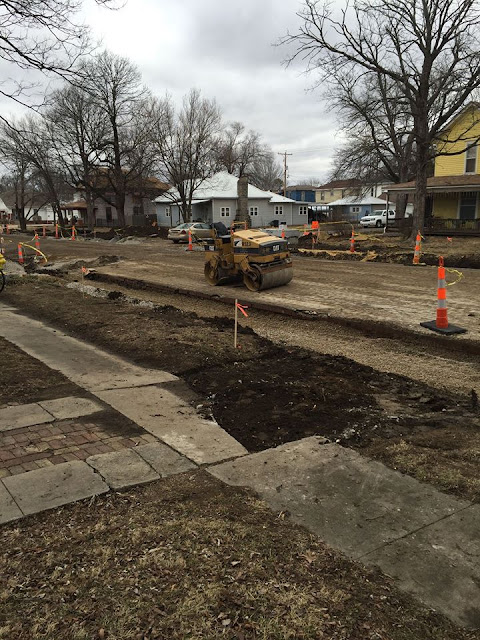 Thursday they dug out our drives!    We were "landlocked"!

They poured curbs and gutters on Thursday.
The house was built in 1920 and it's never had a curb or gutter!
I think the old girl is busting her buttons at the attention she's getting! 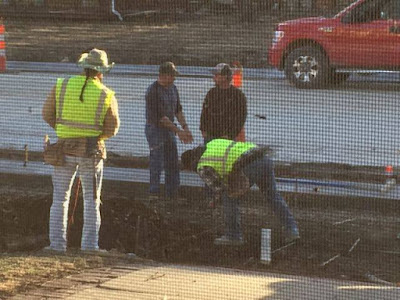 With Friday came more workers, and forms and rebar was placed in our drives 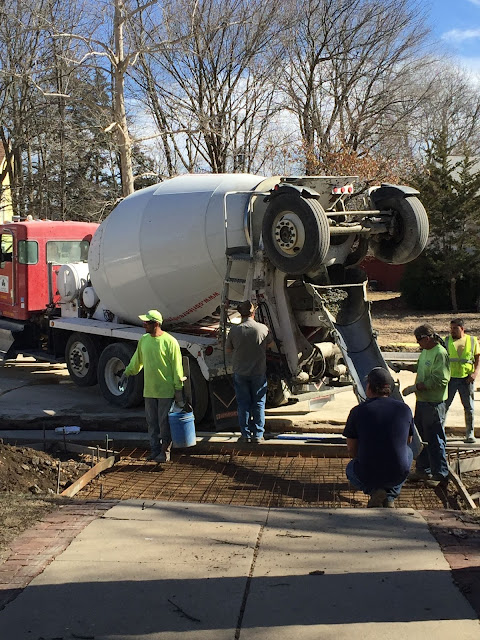 And a concrete truck appeared as if by magic 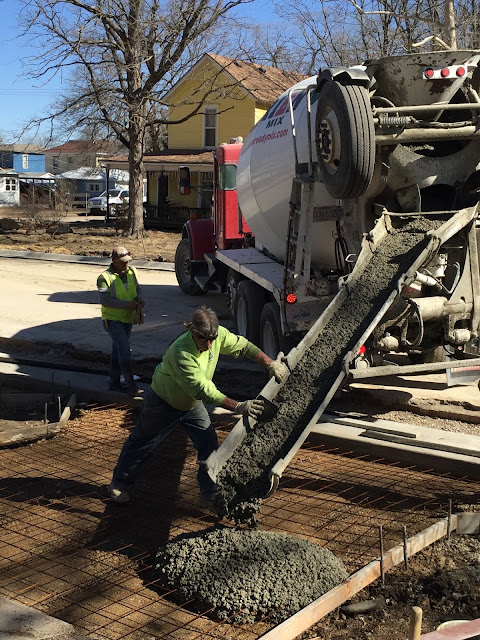 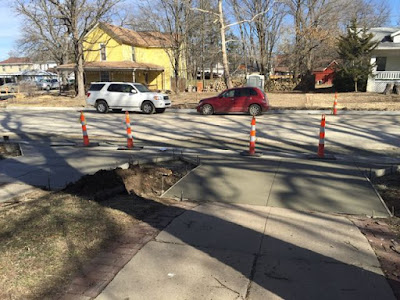 Which look so much better than the old ones!
And we only had to park on the street on Friday, Saturday and Sunday
The "closed" street I might add.
It was a little tricky Friday with wet concrete to traverse the piles of dirt and the ups and downs of construction to get to the car in the street!
But I looked at it as an "adventure"!
And it was only an adventure for one day!

The guys work really hard
And they're all from out of town
(The construction firm is located out of Kansas City, Kansas)
They're hear during the week and leave about 4 on Friday afternoons for the drive home,
arriving back in Fort Scott at 730 or so on Monday morning.

It's their job and I suppose they are used to it . . .
But to show my appreciation for their willingness to work with us
I baked a batch of oatmeal cookies 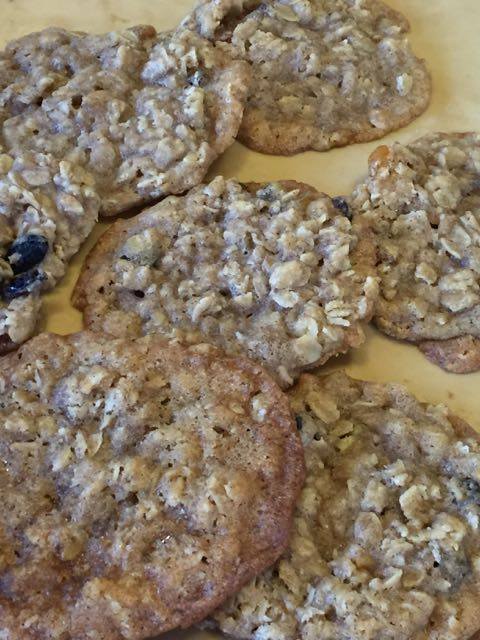 And brought it out to them.

Every time I came or went on Friday, someone would thank me for the cookies!

They're finishing up with this part of the project and soon will be down the street
to finish up there.

The foreman told me that with the great weather in December and February that they are ahead of schedule and perhaps they will be gone by June!

It will be dull around Linderhof when they're gone.
Sigh -- they're will now be traffic once again in front of the house!
I got used to being able to pull right out onto National -- no waiting for traffic to clear!
Posted by Martha at 10:49 AM

I am amazed that the city is repaving your driveway too. I am also happy that you don't have a business where this is happening (in front of) as sadly as wonderful as this can be - I've seen many businesses go under during road construction. The cookies were a great idea! How kind of you!

What an efficient crew!
Our old road is rutted and we know that the pipes below it are long past their 'best before' date. I hope that the crew is as quick when our turn comes!
Congratulations on the new drive!

Your cookies look wonderful, thin and yummy!
Where can we find your recipe?
Thank you so much for sharing your lovely Linderhof life with all of us!