So we celebrated Easter
on Easter Eve 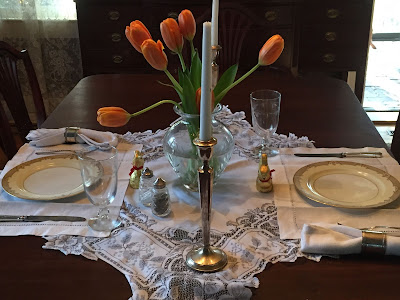 Just the two of us
But int he dining room 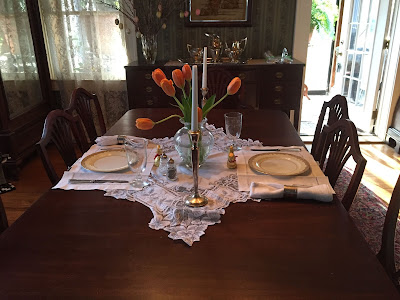 Sitting across from one another
So much better than the old one at one end and one at the other
. . .
Because we have no footman to pass the salt
This is a much better arrangement! 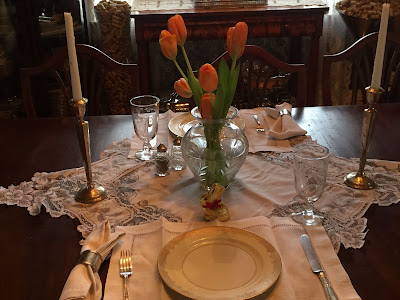 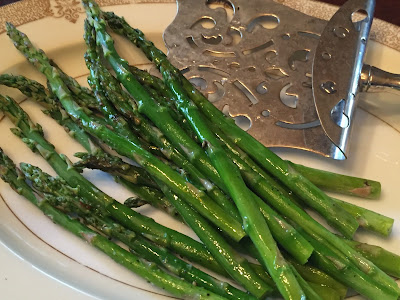 Roasted asparagus
(and I love the silver asparagus server) 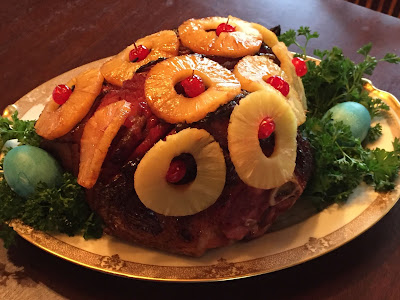 Ham
(prepared with a Jasper Mirable recipe -- Anna Nurse's Ham
It is a winner!)
It is a big ham, however, for two people
I foresee ham "everything" for many meals to come! 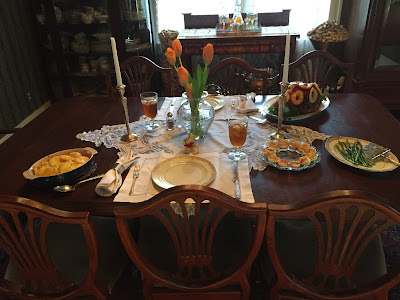 Not served on plates but served "family style" 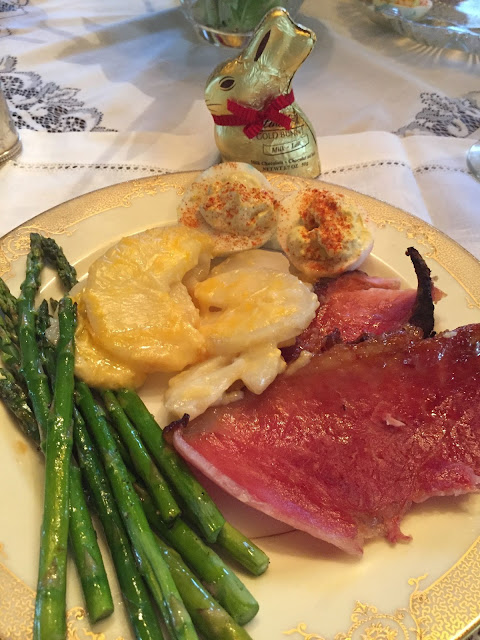 A Lindt bunny because everyone needs chocolate on Easter

(And because it was just the two of us, I skipped salad and rolls --
we had more than enough)

But I didn't skip dessert 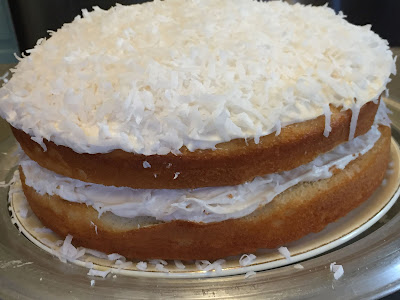 This year I fixed a coconut cake
frosted as they did in England
with a middle and a top
(Who needs all that extra icing around the side?)

We're still eating cake!
It will be interesting to see what is finished first
the ham or the cake!

I hope everyone had a great Easter
We did!

Martha, thank you for your wonderful blog posts, my friend. Happy Easter! Your dinner looked lovely.

Looks like you had a Happy Easter, and like you, we're going to be having the "Ham Special" for a few nights around here!

Beautiful table and beautiful food! Thank you for sharing with us! We had Bar-B-Q, cole slaw, and sweet potato crisp on paper plates....felt like it was a little too casual for the holiday!

I love your table, as always Martha. You mentionned that my table looked 'real' and I will return the compliment. So many tables are over-the-top when 'simply elegant' is so much lovelier.
The cake looks scrumptious!

Hi Martha,
What a sweet, and pretty, Easter dinner for two! We had asparagus too, I didn't know there was such a thing as an asparagus server! How cool is that?!
Have a wonderful last few days of March!
Gina