Construction continues . . .
After almost a week of dirt and no sidewalk in front of our house 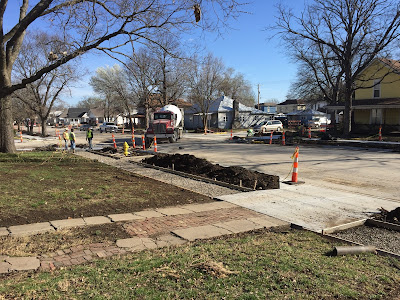 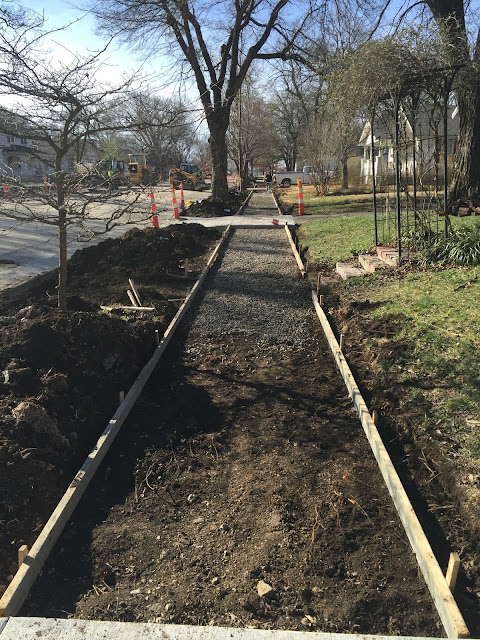 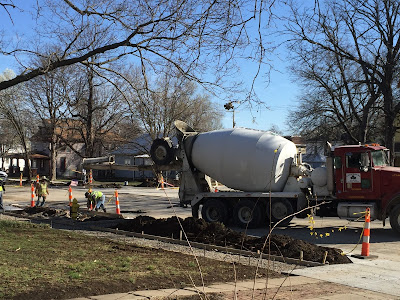 Followed closely by the cement truck 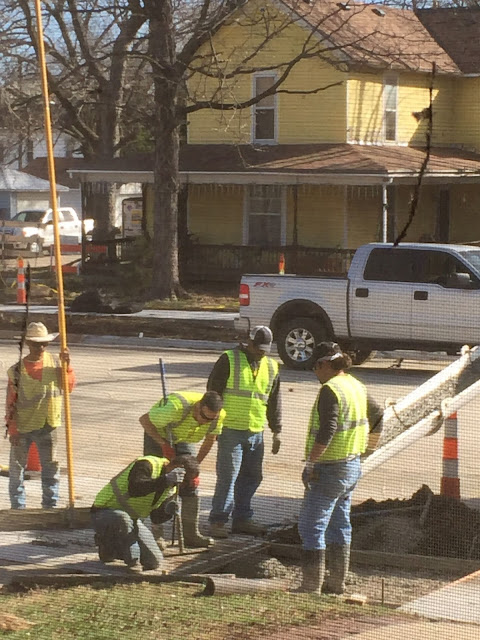 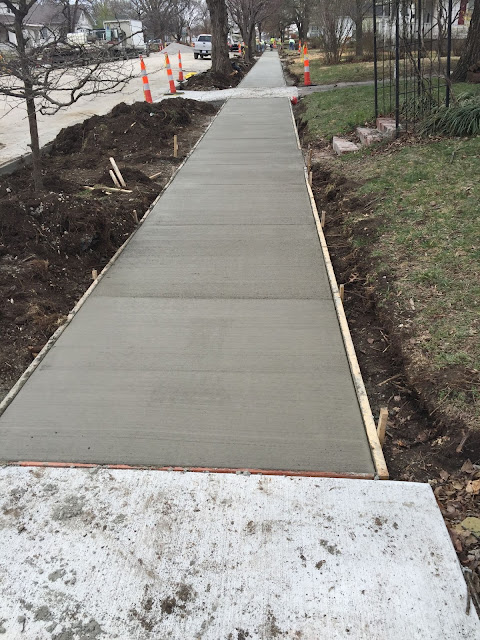 So that we have a nice sidewalk in front of our house . . .
The dogs have missed sidewalks
No "walkies" 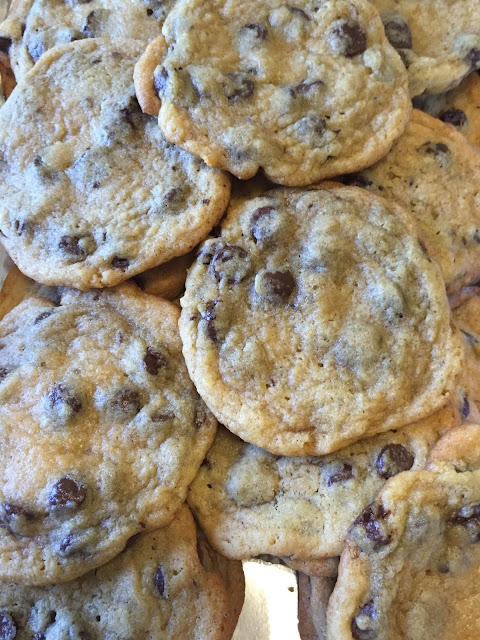 Chocolate chip
And took them to the workers
(at the request of the bulldozer guy -- he doesn't like raisins and prefers chocolate chip to oatmeal --
but hey, he's been working in front of the house since August --
we've become friends!)

And then they (and their outhouse)
Will move on down the street.

Twelfth Street will be open once again
And perhaps our part of National
Sadly, we haven't missed the traffic!

Awesome that you're now friends with the workers. Don't expect anything less from you. :-) Nice to make them cookies. Those will be nice sidewalks to use this summer.

I'm glad it's finally done for you, but I know what you mean about the traffic. I lived on a busy street and when they worked on it, I was happy not to hear all the noise for once.

I love the table with the Christmas cactus on it. It looks perfect where you put it :)

Martha,
I can just image you visiting with the foreman!
It's a "small town" consideration that is overlooked in bigger cities!
I like the friendliness of small towns. Exchanges of conversation. . .and cookies!
The new sidewalk looks amazing!
I know that the "doggies" are looking forward to a brisk walk in this refreshing Spring weather!
Fondly,
Pat