I belong to a
First, Third and Fifth
Tuesday Morning Sewing Group

In December, there was a fifth Tuesday
And I planned a soup and pie luncheon after
But then it snowed . . . so we canceled!

March, however,
brings us another fifth Tuesday
And so I invited
And they came 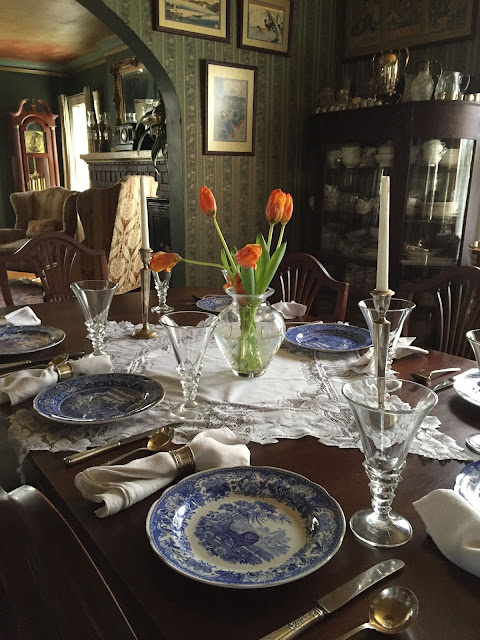 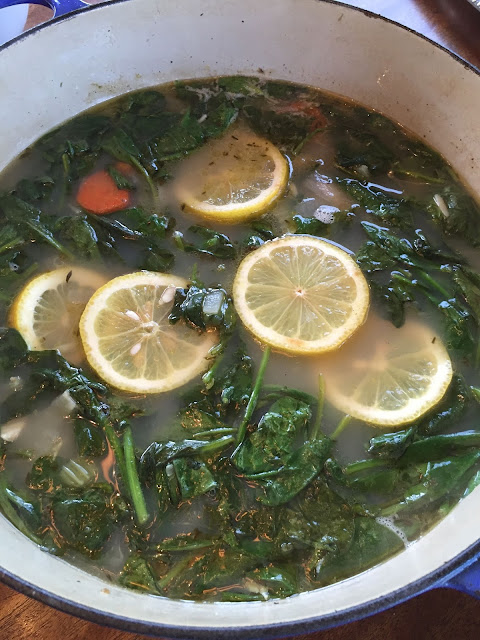 It was March
I had planned a hearty crockpot soup
Alas, the warm spring temperatures called for a more springlike soup
And this Panera soup seemed to fit the bill --
carrots and celery and onions, baby spinach, orzo, chicken and lemon -  oh, my! 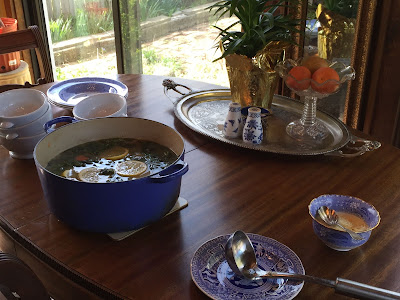 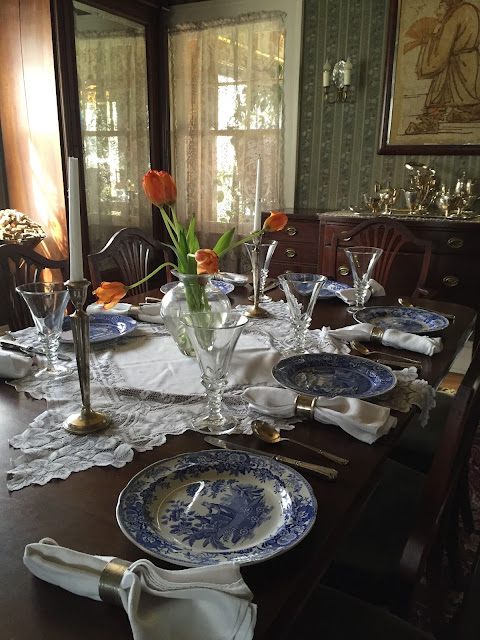 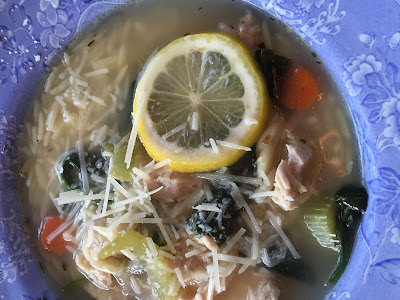 Lemon slices to garnish and a shower of Parmesan

It's a very good soup

And "pie" just didn't seem to be the proper dessert either --
to wintery!
Instead 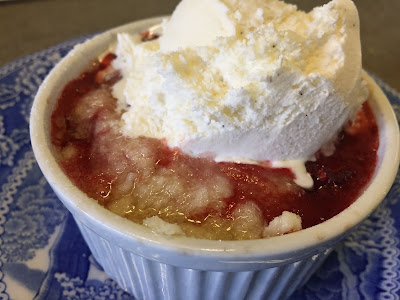 With local frozen berries in the freezer, I made individual strawberry cobbler
And topped it with vanilla bean ice cream.

It was a great lunch and more visiting ensued.
I'll do again, the next fifth  Tuesday
For soup and pie is an easy company lunch
Posted by Martha at 8:23 PM

Great menu for March! Like the way you set up the soup buffet in the breakfast room! Also I like having the desserts in individual bakers. We think alike! (But you actually execute the thoughts, ha ha)!

Your table was set beautifully as always, the soup looked amazing and I loved the individual desserts. Your guests must feel so very special, you always go that extra mile.

This is my first time commenting, I so love your posts.