Bark In the Park

That's the name of our soon to be local dog park 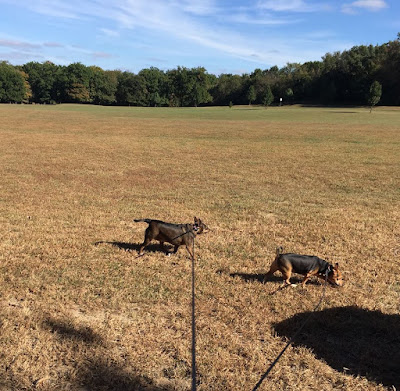 Located in this field
(Doogie is showing Daisy around --
Doogie's been here a lot, Daisy not so much)

But to have a park we had to raise the money
Co-chairs, Deb and Ken and husband Jim and myself

And through the generous donations of our local dog lovers,
we raised the needed sum . . . for the fence!

So flags were put up where the fence will go 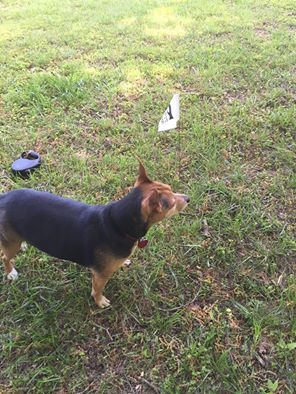 And Doogie went to the park to oversee --
to make sure that Todd and his park crew  were doing it right!

And every project needs a ceremonial ground breaking
And Bark In the Park was no exception . .  . 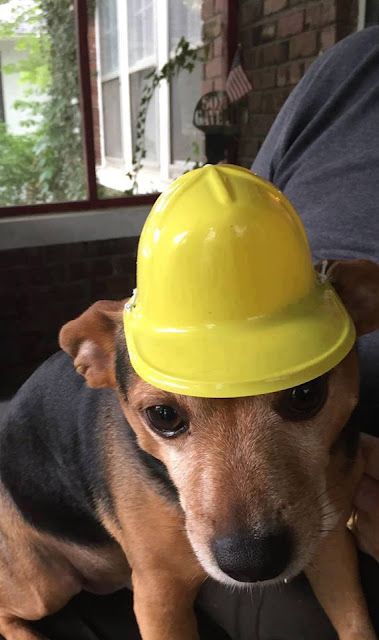 Doogie had a hard hat -- you can't break ground without one
And he was part of the ground breakers! 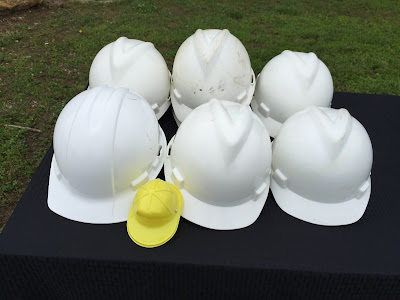 And we had a crowd 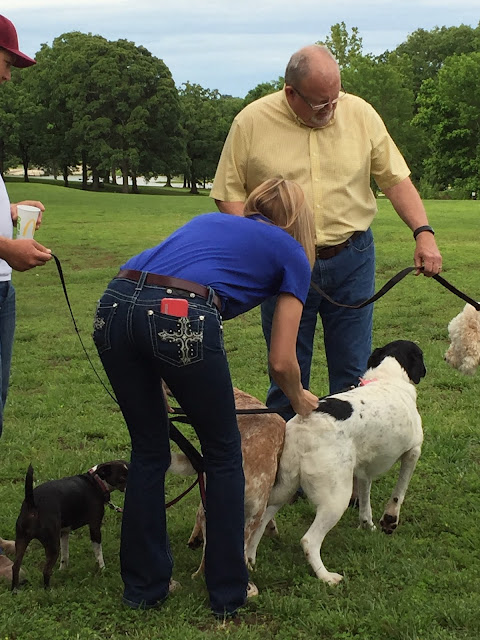 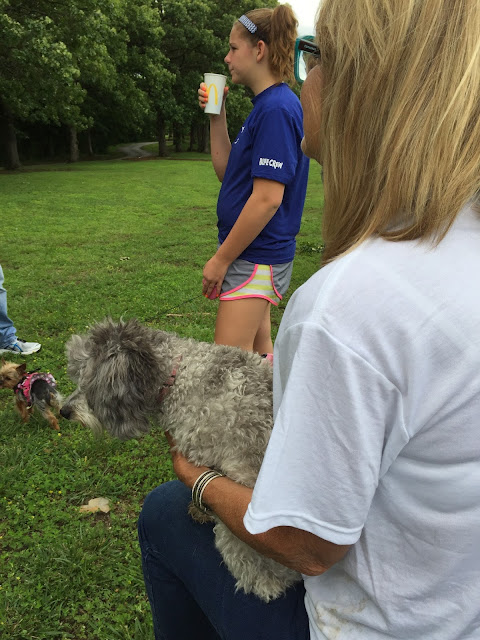 Dogs of all sizes! 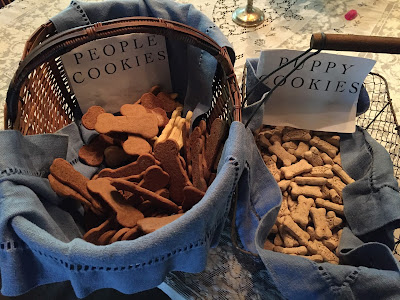 The groundbreaking was a success
The predicted rain held off until later in the evening.
And we're excited to finally get started on the dog park . . .
which is named

Aw, that's wonderful. I'm sure there will be many happy dogs there. :)