It's August
There are vacations and Little Balkans Days to plan and house remodeling to do . . .
In other words, this month, our Cookbook Book Club was little
"but mighty"

And then, I lost the book that recorded who signed up for what and when
And I sent an email and no one came forward with in August, it's "me,me"
I decided to host but since I had already hosted, I felt that we should do something simple
It's summer
It's hot
A salad supper seemed like a good idea

The only rule was that it had to be a salad you had never made before
You could have eaten it, but never made it. 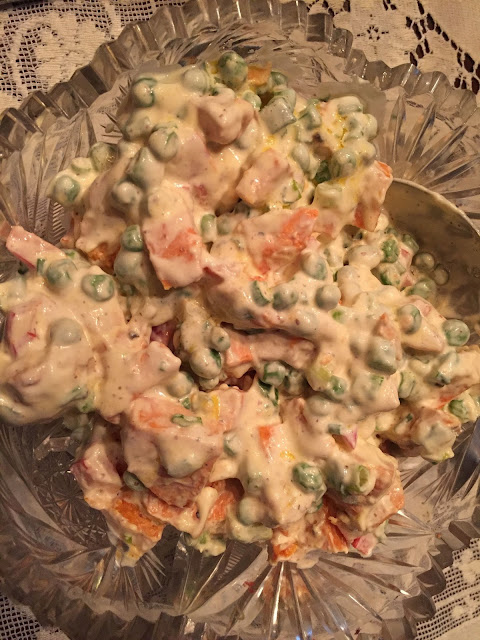 A creamy sweet potato salad
From a St. Paul Lutheran Church Salad Luncheon
The only change I made was to use raw sweet potatoes that I roasted
And a red pepper instead of a green one 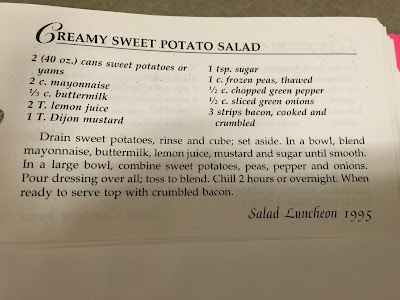 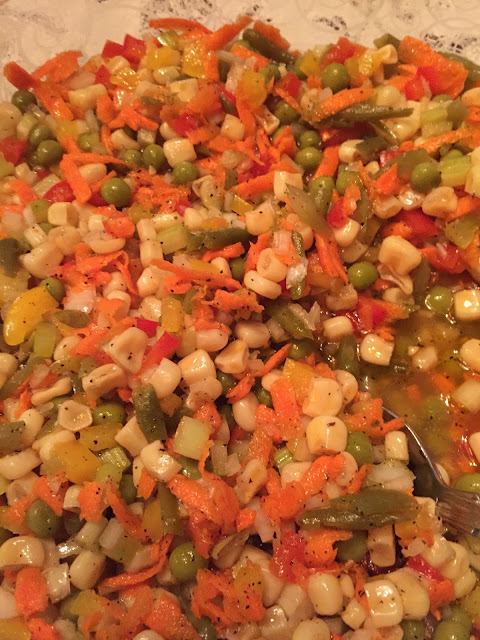 It was light and refreshing and one that keeps "forever" 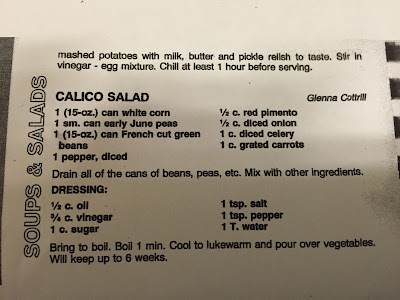 from a church cookbook
(of course, they always have the best recipes) 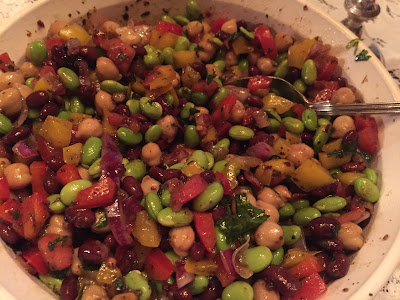 She'd eaten it from Dillon's deli and liked it so much that she asked for the
recipe.     "Not a recipe" she was told, because it came as a mix.    They were kind enough to get the box with the list of ingredients and give them to her so she could create her own salad.
And she did!    And it was delicious! 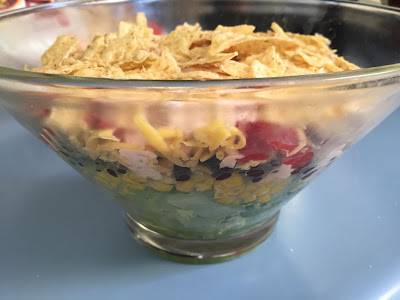 Leftover from last night
Layers of lettuce (I used romaine), canned corn, black beans, cheese, tomatoes and crushed corn chips.   All topped with a dressing which was half picante sauce and half ranch dressing.

And there was dessert
And dessert was not a salad! 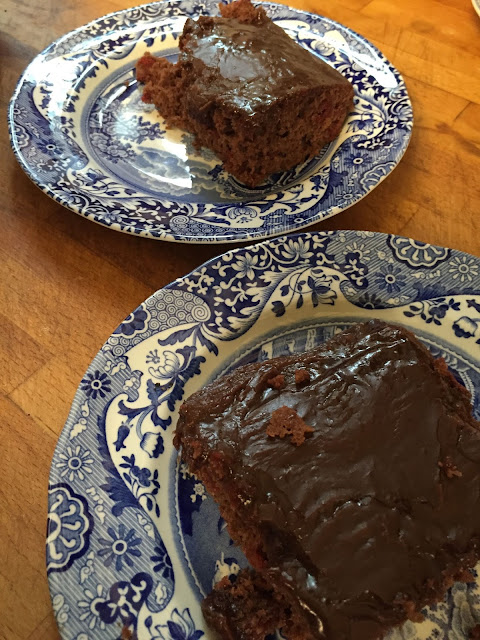 A cherry chocolate cake that was delicious!

We're on for next month.
Rhonda is hosting and the theme will be Cajun
She came bearing New Orleans cookbooks and Cajun spices!
It should be a grand evening in September . . .

Your Sept lunch sounds fabulous, me of New Orleans decent. Your Aug luncheon sounded fabulous as well, each salad was different and so delicious. I missed my Aug luncheon because of health issues, just this past Tues but looking forward to our Sept gathering. We will be cooking from Vera Bradley and Friends book. Haven't looked at the book yet but I'm told it is very good.

What a perfect summer salad luncheon! I like the sound of the vegetable salad.

Everything looks delicious, especially that cake!! Would you be willing to share the recipe?