Who has heard of Wishbone? 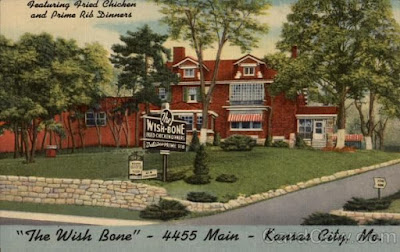 In an old house

And it has a great story: 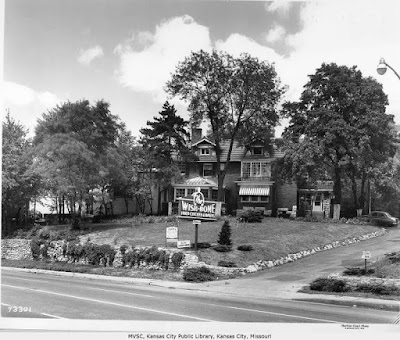 After serving in the military during World War II, Phillip Sollomi returned home to Kansas City in 1945 and opened a family-style chicken and prime rib restaurant called The Wish-Bone at 45th and Main streets. It soon became a favorite of locals.
Located at 4455 Main Street
It was close to The Country Club Plaza


It was the salad dressing! 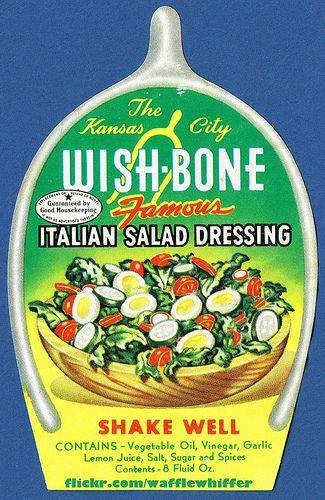 In 1948, Sollomi asked his mother Lena for a spicy salad dressing recipe she brought from Sicily, a family favorite he thought the restaurant patrons would like. The dressing was an immediate hit, and customers were asking for bottles to take home.

Demand was so high that Sollomi eventually began mixing the dressing in 50-gallon wooden barrels, bottling it and labeling it "The Kansas City Wish-Bone Famous Italian-Style Dressing."

The popularity of the dressing spread throughout the Midwest. It was getting too big for Sollomi to handle, so he sold the business to TJ Lipton in 1958.
A plant was built in Independence in 1961 to produce Wish-Bone salad dressing. By 1970, it became the number one Italian salad dressing in the United States, a position it hasn't relinquished since. 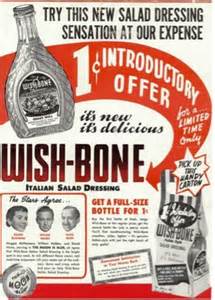 And for a long time, it was the only salad dressing that Wishbone made,
the Italian one!

Now, however, there are many different varieties of Wishbone dressing
It comes in many flavors!

I will still, occasionally, buy the Italian one
A taste of youth -- Wishbone on your salad!

Alas, the restaurant is long gone 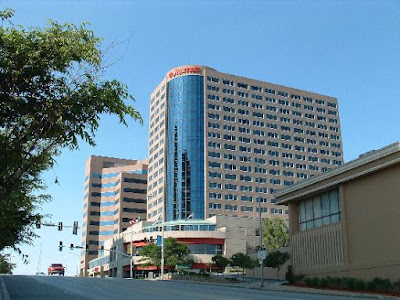 But one thing is constant: 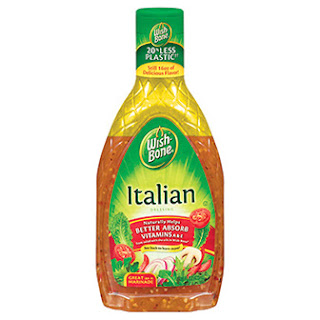 Today it generates $190 million in annual sales and is produced at a plant that employs 190 people working three shifts.

I am a purist, however, and the only Wishbone that I buy is the Italian one.

Martha, what a fascinating post-- I had no idea Wish-Bone dressing was a Kansas City product! And had never heard of the old Wish-Bone restaurant. This is a revelation. In 1960's Kansas City there was a (we thought) delicious recipe of marinating chicken pieces in Wish-Bone and then grilling the chicken over charcoal. You could also bake the chicken in the marinade and then finish it over the grill. It was the best, in the opinion of certain hungry teenagers.

That was very interesting, Martha. While I don't think I've ever bought this dressing, I've heard of it. What a legacy of taste....and jobs!

I've got some in my fridge right now. Fascinating story behind this dressing we've used for years. Thanks for sharing your research!

Well now, isn't it fun to know the history of Wishbone dressing! I always use the Italian dressing!