Friend Francie
had her garden club for their September meeting and lunch.
I was invited to present a program on cooking with herbs.

As you know, I adored her table linens
A wonderful fall table
With a touch of blue and white! 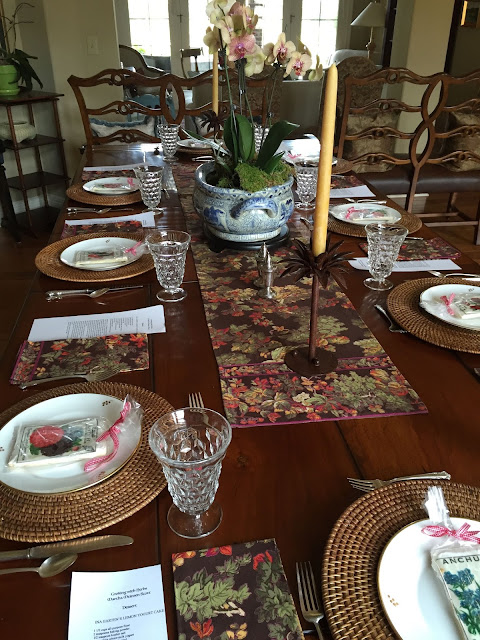 And her menu was perfect 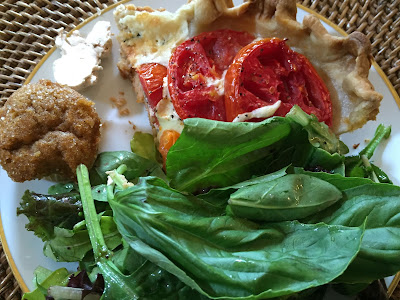 Tomato pie, baby greens salad with berries and vinaigrette
And a pumpkin muffin

We met for lunch in August and finalized plans for my
program -- what I would do, what I would bring
She told me her plans for lunch --
And such a good ladies lunch it was for this time of year

So in August, when The Lunch Bunch came
I served: 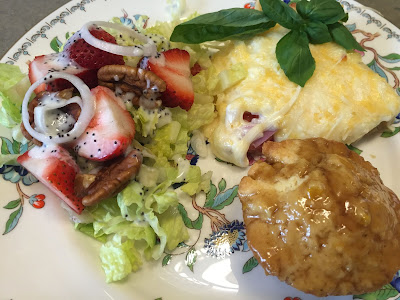 Tomato pie, a salad with strawberries and red onions with poppyseed dressing and a sweet tea glazed corn muffin

Month one -- I copied her menu!

The coveted table linens, I thought, may be a permanent covet
because they were no longer available --
couldn't even find them on eBay!

So I got creative
Ordered a huge tablecloth
And made my own! 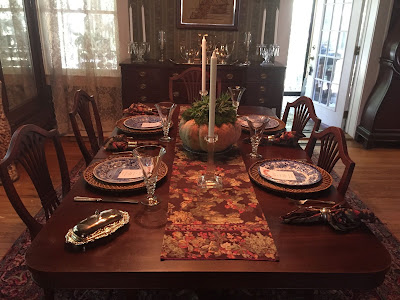 They do look like autumn
But they're not full of pumpkins and maple leaves
So actually, they could be used all year long! 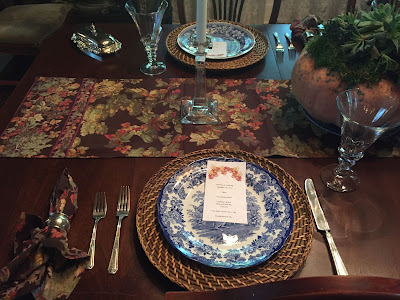 France's table had a blue and white planter filled with white orchids.   I chose to use the blue and white in my dinnerware -- my beloved blue and white transfer ware!
But I put them on rattan chargers like Francie did
And instead of orchids, I used a succulent filled pumpkin!
My candlesticks are old clear glass while Francie's were metal.
But it has the feel of Francie's delightful table setting!

And the rest of the menu today?
For once again, The Lunch Bunch came to lunch 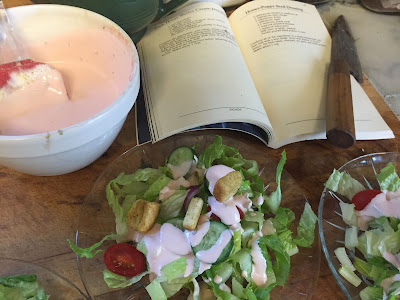 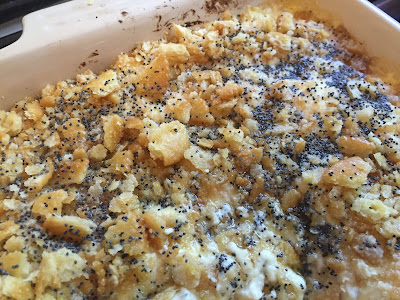 Company Chicken Casserole similar to the classic Poppyseed Chicken
which is one of the traditional ladies luncheon dishes! 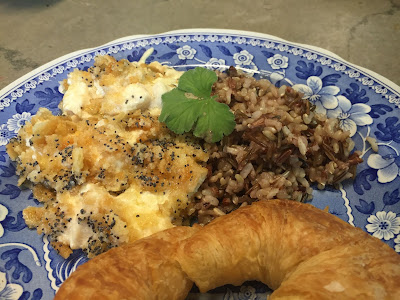 Served with white and wild rice and a croissant.
(Actually it should be either a homemade or Sister Shubert roll)

It is Autumn and desserts should reflect the season 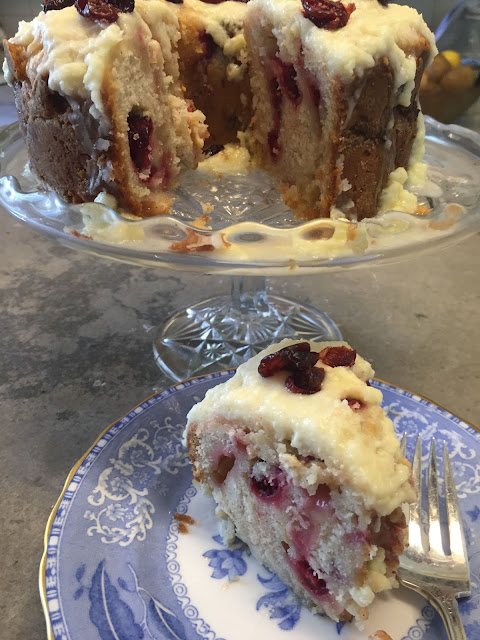 A Cran Apple Cream Cheese Poundcake
which I took the liberty of frosting with an orange flavored buttercream and garnished with dried cranberries. 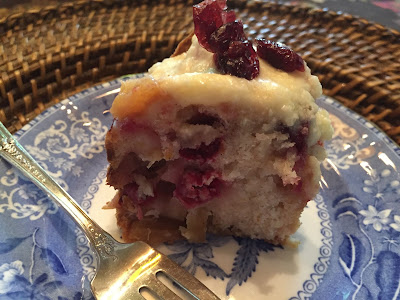 I do hope Francie isn't mad at me . . . for being such a copycat!
But both menu and table setting were perfect and I had to replicate!
I must admit that Francie's tomato pie was much better than mine and I am putting her recipe in my files -- it will be the one I serve now!

I was always told that imitation is the sincerest form of flattery.
And Francie hit the nail on the head --
Hopefully, I did as well -- but it took me two months to do it!

Thanks, Francie, for such wonderful inspiration!
Posted by Martha at 4:40 PM

Martha, I am so very flattered that you approved, and think you are incredibly clever to create the same table linens! Thank you ever so much for coming to Springfield to speak to our garden club. Didn't we have fun?! Your talk was one of the highlights of our year. Your table is beautiful and your menu is tantalizing-- especially the dessert!

Martha, what a lovely time you and your friends have when you get together! The tables look beautiful and blue and white always looks fabulous with the autumn colours. The cranberry cake looks delicious and so decadent! Yum, would it ever taste wonderful with a cup of tea! Happy Autumn, Martha!

Everything looks so delicious! I'm sure there will be even more copypcats now! Victoria Trading Co. has the same April Cornell runner in their catalog, but no napkins.