Member Barbara was set to host October
But she's ill and so Rita took the baton . . .
She decided that she'd make a big pot of chili
And we'd bring an appetizer, bread or dessert 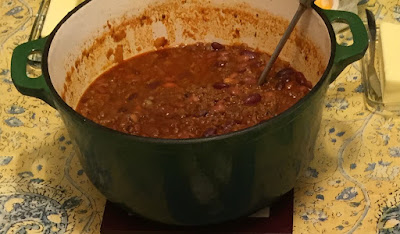 Rita made the chili -- two pots
And it was delicious.
I had intended to go around the table and ask everyone how they make their chili.
I did find out that Michelle and I eat chili the same -- put some on a cracker and eat, put more on that cracker and eat . . . until you're out of cracker and you start again.
So we quietly put the dish of crackers between us . . .
For we eat a lot of crackers with our chili!
No one noticed!!! 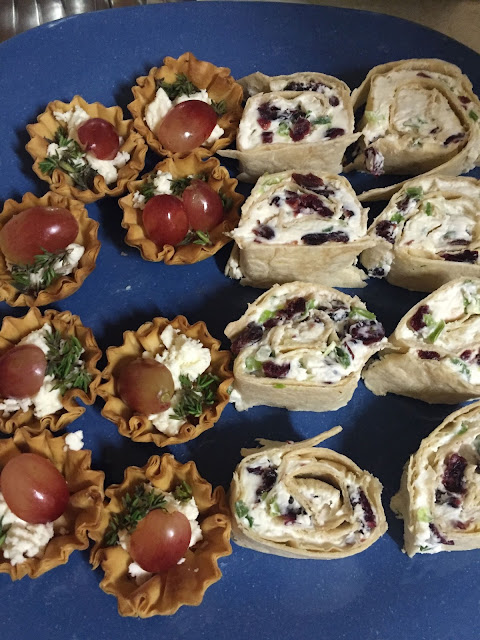 Member Angela brought two.    Considering she's moved and is redoing her kitchen,
she brought two fabulous appetizers.   I didn't get the name but the roll up was very good (and I've had more bad ones than good ones).     Angela's was good and I would even make them! 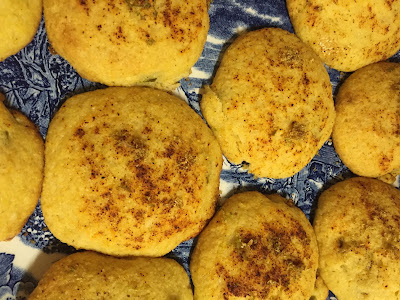 Sweet and savory Corn Cookies
From Valerie Bertenelli
They were good and I will make them again!
And they're a perfect go with to chili! 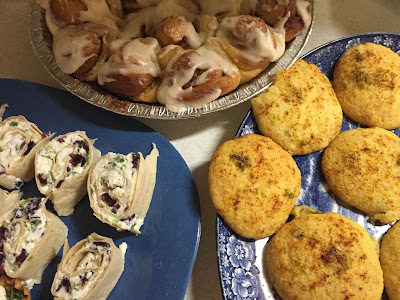 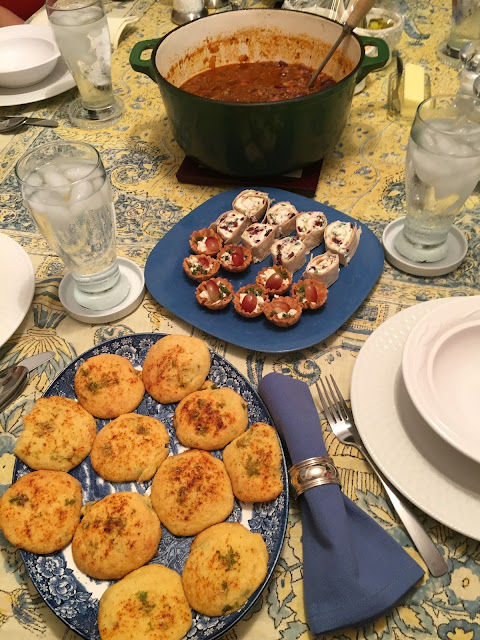 The chili's on the table
The appetizers are ready
And the bread is about to be passed.

We all liked Rita's chili
And she told us the secret . . . 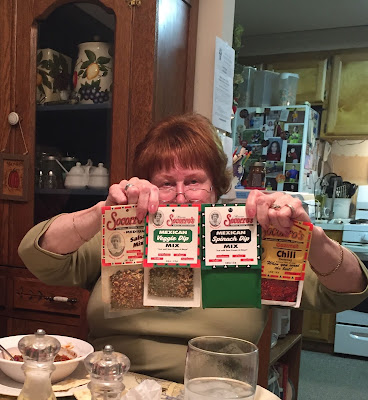 But the best secret was that she had a package of one of the Socorro mixes for each of us!
I scored big -- I got the chili
(and we always have chili on Halloween so I'm happy!) 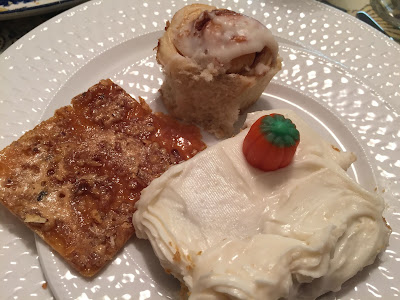 A trio of desserts,
but was -- there's more! 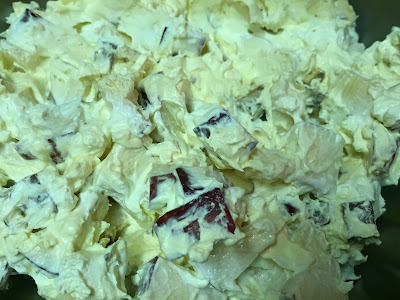 Liz brought the Snickers Salad -- it was a great dessert, especially when topped with the caramel sauce that she brought as well. 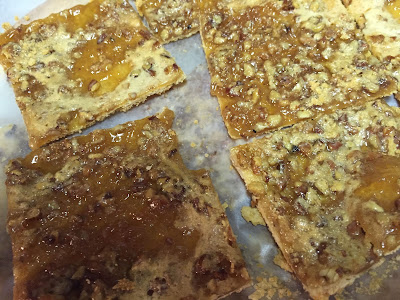 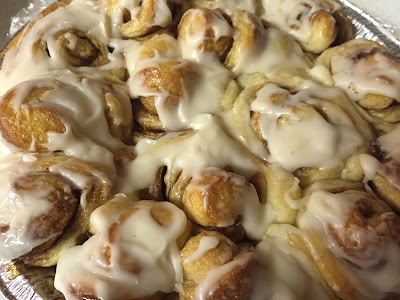 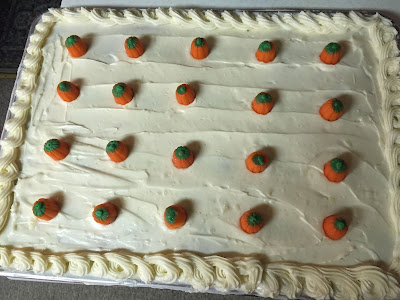 Donna also brought a spice cake.     She makes a spice cake every fall.    So she decided that that would be a good choice for our October dessert but because it was the Cookbook Book Club, she used a different recipe.
We all loved it!

We always skip November (Thanksgiving after all)
and December we'll take a trip to the city to a restaurant for lunch.
And then we'll plan for Vol. 3 of the club as we start our third year.

It's been a lot of fun and we so enjoy each other's company!

And a thank you to Rita for hosting this month's club.


One 8.5-ounce box corn muffin mix, plus ingredients called for on the box3 tablespoons unsalted butter, melted3 tablespoons chopped pickled jalapenos2 tablespoons all-purpose flour1 tablespoon honeyAbout 1 teaspoon Mexican chile lime seasoning, such as TajinPreheat the oven to 400 degrees F. Line a baking sheet with parchment paper.Prepare the corn muffin mix as directed on the box, then stir in the butter, jalapenos, flour and honey. Use a 2-inch ice cream scoop or 1/4-cup measure to scoop the batter onto the prepared baking sheet, leaving about 1 1/2 inches between each scoop. Sprinkle with the chile lime seasoning.Bake the cookies until puffed, light golden on top and golden brown on the underside, 10 to 12 minutes. Serve warm.NOTE:   I couldn't find the Tajin seasoning and so I sprinkled the top of my cookies with chili powder and freshly grated lime peel.
Posted by Martha at 11:42 PM

I am blogging again and so glad to see you are still at it. I am glad I found you from a quick Google search, since you were no longer using your Blogger blog that I had in my sidebar. You had me at trio of desserts... wonderful. What a fun Cookbook Club... I love soups, almost any kind, but particularly chili. It is the only soup that my two grown boys actually consider a "real meal" which is one reason I seem to make it more often than other soups. I am glad that it's getting colder and I'll be craving soup even more than I normally do.