I was flattered to be asked to give a program on German food
at a great museum in the county just south of us: 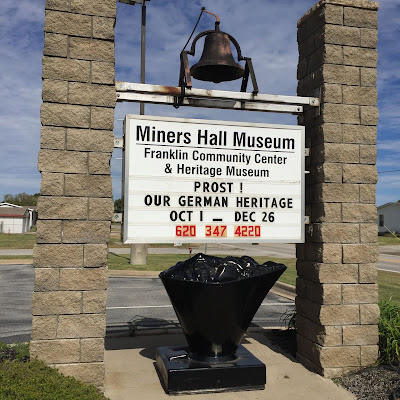 We've loaned some of our German things for the exhibit.
After doing prep yesterday, I loaded the car
and headed south to do my program.

The 14 people who signed up by Thursday swelled to sixty on Sunday. 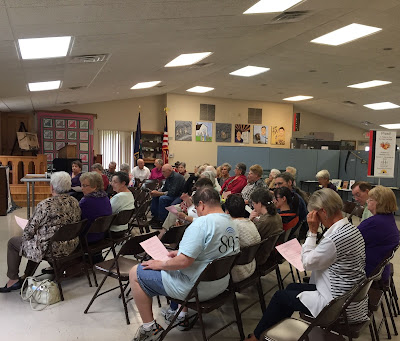 There were a few seats vacant but not many! 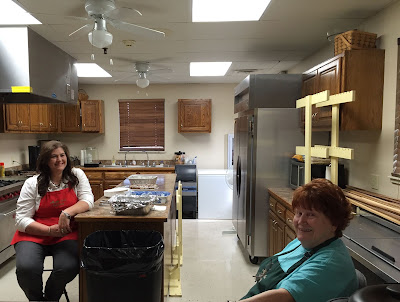 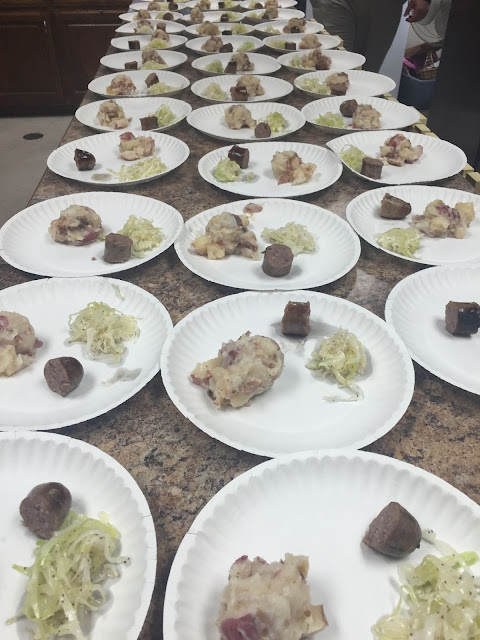 plating the food to make sure that each attendee got a plate . . .

I talked about and demonstrated 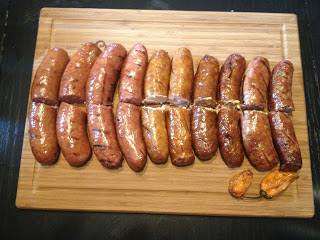 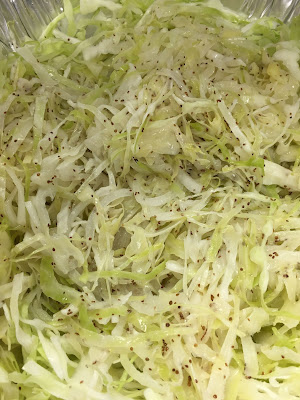 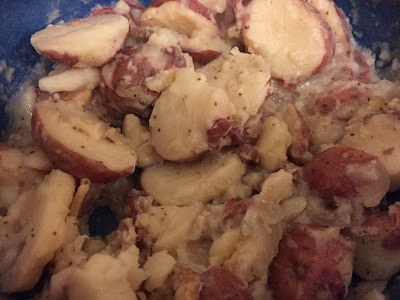 And no "meal" is complete without dessert 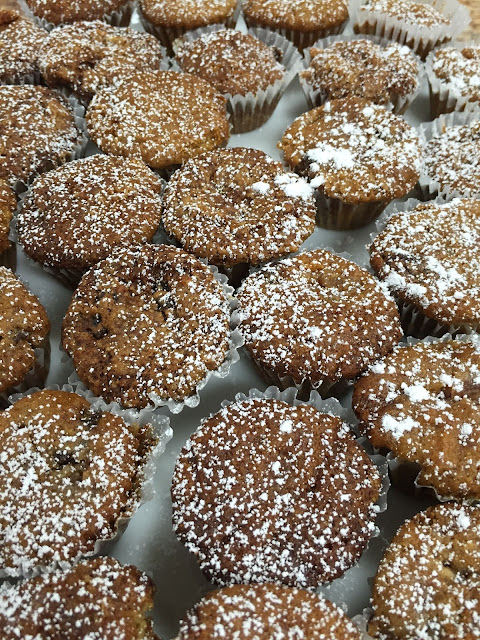 So I made a German Apple Cake
In mini muffin pans because they're easier to serve.

I so appreciated Donna and Rita coming with me
I could not have done it without them
They plated the food while I visited with those who attended.

It was a fun program from my point of view.
I always love to share food

I want to thank Jason and the Board of Directors at The Miner's Hall Museum
for inviting me to do this program.

I will be back in December (December 18, actually) to talk about German holiday traditions.
And I cannot wait.
And even though it is holiday traditions, part of the traditions are cookies!
I'll be bringing a nice assortment to share!
German ones, of course!

It was a fun way to spend a Sunday afternoon!

How exciting! I love German potato salad; I prefer it to the American versions... I think because the German versions don't use mayo! Thanks for sharing your grandmas German recipes with us all! I'll have to make sure not to miss your post about German Christmas! I brought an empty suitcase to Germany last month to fill with Christmas goodies!

Oh, I would have enjoyed your program! I've always had a taste for the vinegary flavors of a lot of German food. I also have researched so many of the German immigrants who were department store founders in this country, it gave me a great love and respect for the many, many contributions of Germans in America!