There's that week between Thanksgiving and December
that should have a special name
but doesn't
Although it is Advent
it doesn't really feel yet like the Christmas season
And so, it's like we have one foot in Christmas and the other foot in November!

And that week is when the Lunch Bunch came in November!
You see, they come on the fourth Tuesday of the month
But that Tuesday fell in Thanksgiving week
And so instead of moving it forward
(for we were just coming back from Minnesota)
we moved it back
. . . into that week!

Outside, the pumpkins are gone and Christmas greens are in planters and boxes
Inside, the mantles have their array of greens as well
And we've gotten out the Christmas dishes
And the nativity set

But we're not into full blown Christmas decorated mode yet . . . 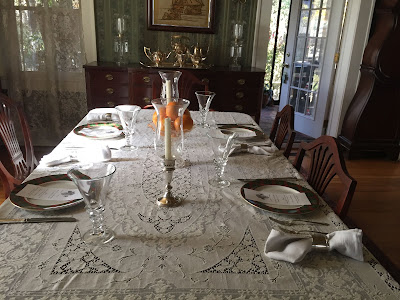 The table was set in the dining room with the lace cloth and damask napkins
My mother's compote held oranges . . .
the ones that I didn't make into pomanders 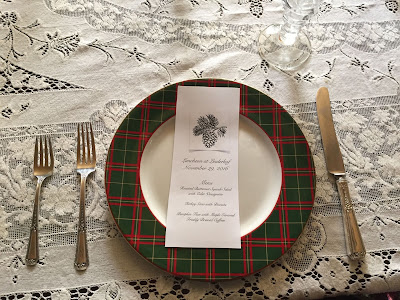 The Christmas China because it's what we use for everyday from the First Sunday of Advent through Christmas. 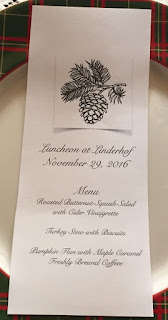 (all Ina, all from three different cookbooks) 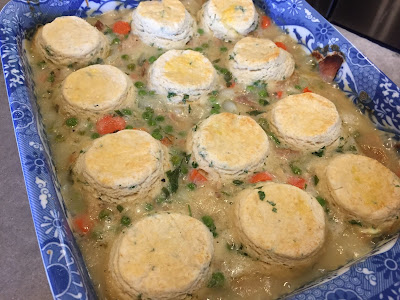 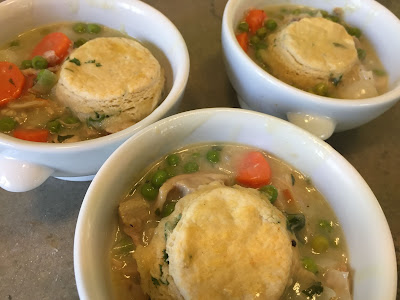 True comfort food and a good leftover Thanksgiving turkey food.
It was warm, it's homey
Alas, I couldn't find the bag of pearl onions in the freezer section that the recipe called for
so I bought raw pearl onions and peeled them myself.
I think the raw ones were a bit better but the 15 minutes or so to peel them was a pain!
I'd vote for the frozen variety any time! 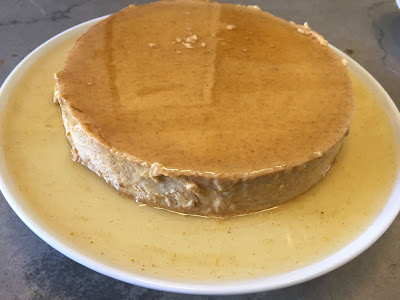 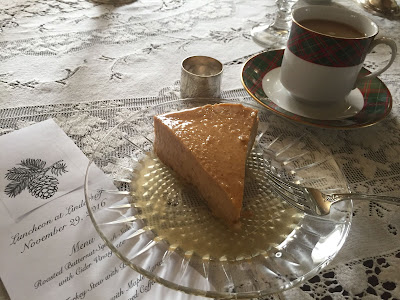 After having a plethora of pumpkin pies in the last month or so,
this was such a refreshing dessert!
It was lighter than pumpkin pie and the orange zest added a dimension of flavor that pumpkin pie doesn't have.
The sauce was wonderful and I probably could have eaten all of it with a spoon!
It didn't need whipped cream, the traditional topping for pumpkin pie.

A great luncheon for that odd week between Thanksgiving and December
A meal of Thanksgiving flavors eaten off the Christmas china!
Posted by Martha at 4:38 PM

This is a marvelous menu!