I'm not sure when, but sometime in the early 2000s
I found this cookbook at Costco 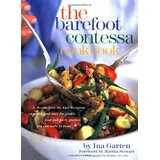 I'd never heard of Ina Garten, but I like cookbooks from restaurants and specialty food stores
because the recipes in them are usually easy to make.
For they put out a lot of food and fast and the receipts are rarely fussy! 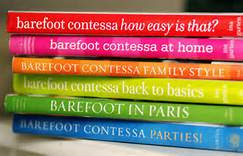 And one by one, every even year, I bought another Ina book
I would never think of not buying the latest, because she is truly my
culinary hero!

I'm not sure when I discovered it,
but soon she was on Food Network 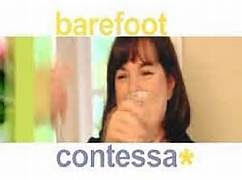 And every afternoon, when her show was on, I was there,
watching . . . be it a new one or an old one!

And learned from her I did.

The two most important things I learned were

I adore watching her and I still do
although now with a DVR, I usually record and watch at my leisure

And since that first book, I've cooked many things from
Ina's books and often when I do entertain I go to her books first
to select my menu 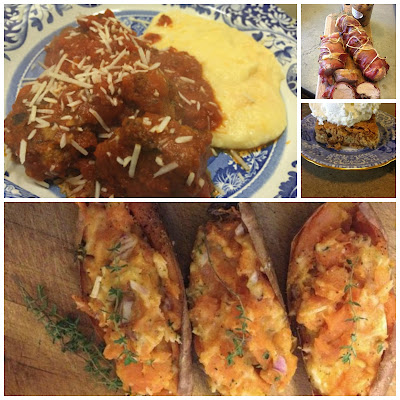 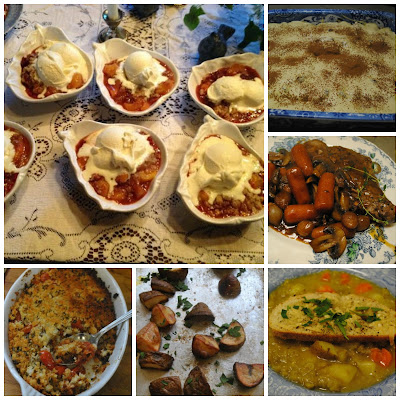 I've not had anything of hers not turn out.
And although I've not made every recipe in all of her books, I've made many

So I was excited when in 2016, it was announced that her new book would be 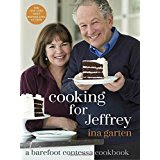 For anyone who watches the show knows that Jeffrey is the perfect husband!
And he loves Ina's food!
Of course, mine came the day it came out
(Thanks to a thoughtful daughter, who gifted it to me as an early Birthday present)

When Ina has a new book out, she usually goes on tour
And this year was no exception.
Except it wasn't in Kansas City
But it was in Minneapolis!

Daughter Sarah called and wondered if I'd like to attend as my birthday present!
Of course!     There wasn't any hesitation! 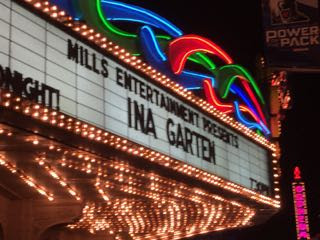 And on a Thursday night in Minneapolis,
we were there! 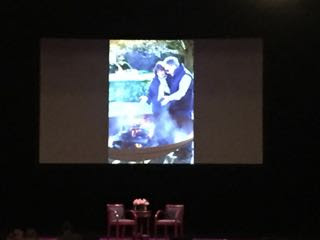 Coming into the theatre, with two chairs, we knew it would be a conversation
Behind to entertain us until the show started was a slide show 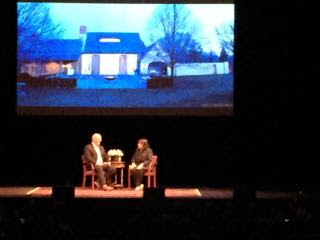 And then out came Ina with her beloved barn in the background.
The host was the food critic of a Minneapolis newspaper, Rick Nelson 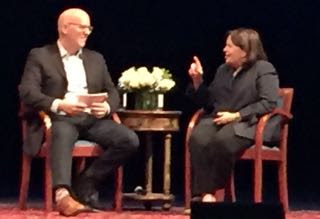 She was entertaining, warm and lovely as she is on her television show.
For confirmed Ina fans, we learned very little
For once again the story of how she worked at the White House on Nuclear policy, visited a tiny
specialty food shop in the Hamptons, made a ridiculously low offer and the next day she received a phone call and it was hers!

The rest is Barefoot Contessa history!

But listening to her tell it, in person, was awesome.

We did learn, however, that there will be an 11th book
And no, we were not privy as to what it was about nor what it's title might be!

Unlike the Julie from Julie and Julia, I've never tried to make every recipe of Ina's.
But I've made a lot of them!
Some more than once . . . Ina's Lemon Chicken
It's good for a party dish, it's good to take to a shut in, it's good served hot from the oven or at room temperature.   In fact, a couple of weeks ago, it was my contribution to The Cookbook Book Club's dinner that we took to a member who had surgery. 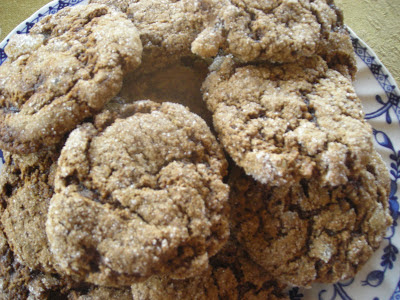 Ina's Ginger Cookies
They're the only ginger cookies I make now.     Full of ginger and candied ginger, she has the time down pat so they always come out perfect if you set your timer!
They're great to have in the larder for tea time and this time of year the ginger is a perfect flavor to go with the Harney's Hot Cinnamon Tea 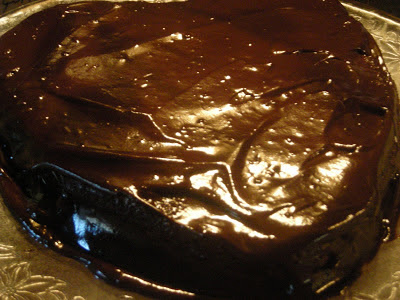 Ina's Chocolate Ganache Cake
I don't know how many of these I've made.   I make other chocolate cakes -- sometimes -- but this has become my "go to" when I need a chocolate cake for dessert.
Super simple, the chocolate comes from a can of Hershey's Chocolate.
It makes great cupcakes too and for programs that I've done on herbs, I even made it with lavender in the batter.

And what did I chose to make first from the latest book? 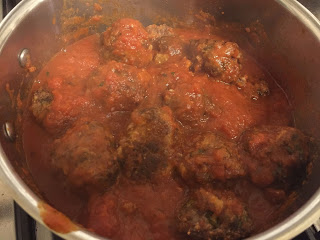 They were so good and so easy and will be my "go to" recipe for meatballs.

I am still basking in the glow of seeing Ina live --

I have a feeling that in the next couple of weeks that my menus will reflect more Ina recipes
from her 10 book collection of cookbooks.
Posted by Martha at 5:30 AM

I am jealous!! I discovered her with that first book and "spend" as much time with her as I can. I love her simple but elegant style. I love her guests. And I love Jeffery!!

How wonderful! I do love her too and I don't have any of her cookbooks! Hmm I'll have to fix that! Lol