Yesterday, was Thanksgiving and we spent the day
with our daughter's in-laws 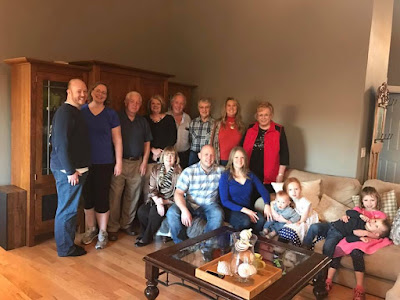 Without daughter, her husband and the Grands 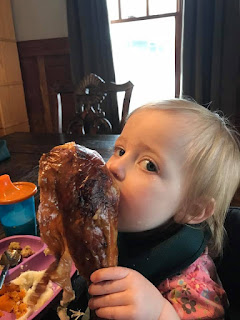 They were in Minneapolis with their own turkey! 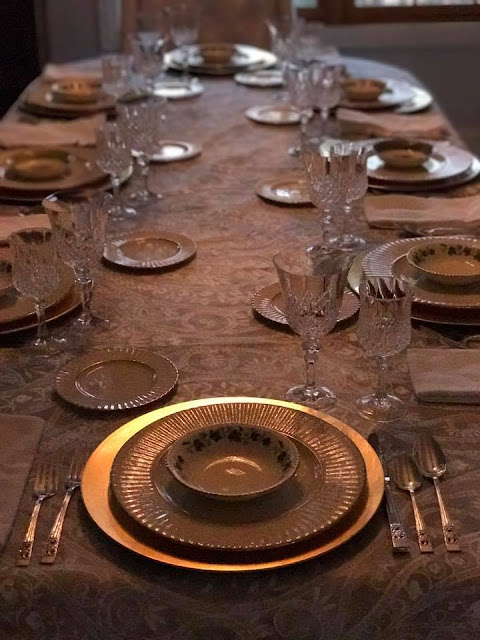 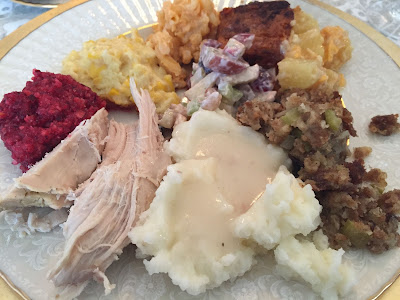 A traditional Thanksgiving feast --
Turkey and all the trimmings!
Everyone brought something to share
And at our table, the scalloped pineapple was the star dish!
(Made by Vicki)

After dinner, there was little room for dessert -- 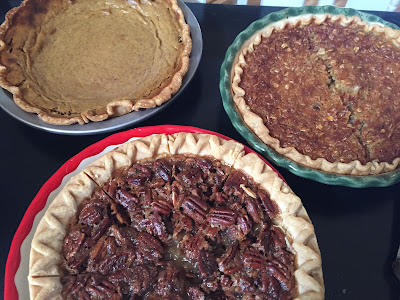 But there was plenty of dessert --
besides the three pies, 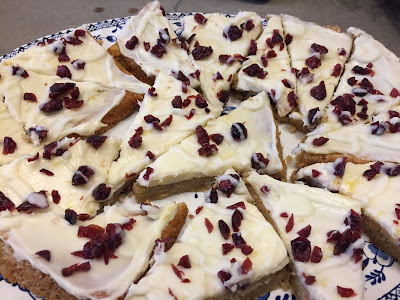 Alas, whenever you are gone for Thanksgiving, there are no leftovers!

Our new tradition is to have a small Thanksgiving 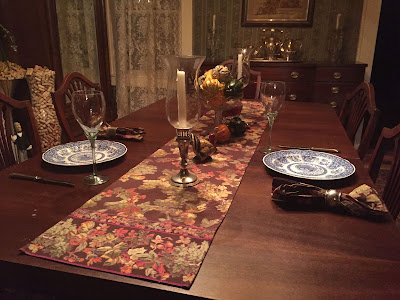 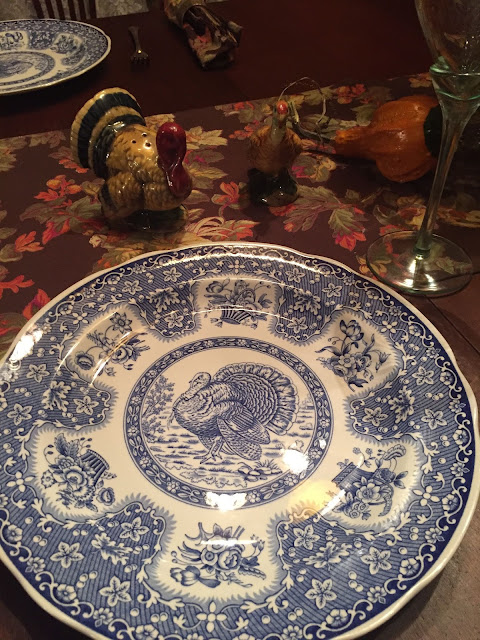 The Spode turkey plates, the turkey salt and peppers that I bought the first year we were married -- from the dime store in downtown Kansas City 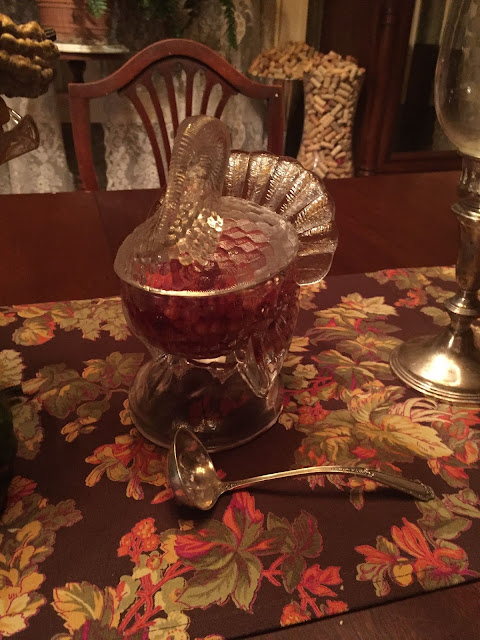 And one of the two glass turkeys that I use for cranberry sauce.

Our menu was simple
It was, after all, just the two of us!
Roast turkey 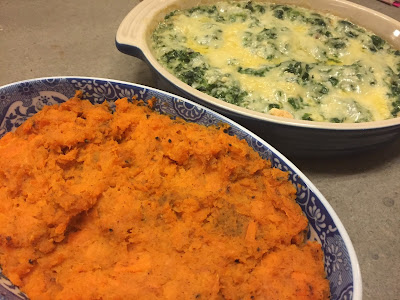 And following Ina's lead, smashed sweet potatoes and spinach gratin
(except for dessert this was the menu from Barefoot Contessa Parties and one that Ina featured on her second show on Food Network. 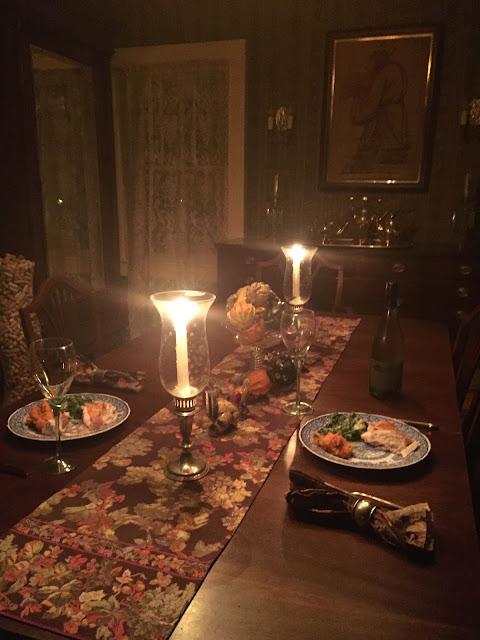 Even though it is the two of us, we eat in the dining room
There are candles . . . and wine
The April Cornell "fall" table linens add to the Thanksgiving setting

Dessert!
Of course,
not made for today but rather leftover from yesterday 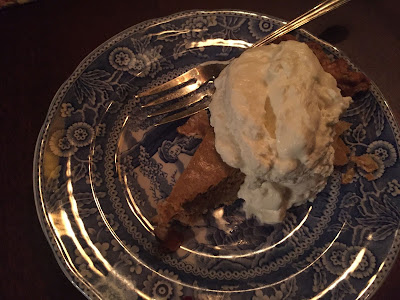 My mother's pumpkin pie with Ina's make ahead whipped cream

We now have leftover turkey
Which was the plan!
It wouldn't be November without a turkey sandwich
on white bread with mayonnaise and a big glass of milk!

Mother's pie recipe
It predates the one on the Libby can
(no evaporated milk!)
And it is just the best!

Mix all ingredients but the pie shell together.    Pour mixture into unbaked pie shell and bake in a 400 degree oven for 50 to 60 minutes, until firm or until  a knife inserted in the center comes out clean.    Cool the pie well.

I truly love to see how differently people celebrate this holiday... your table was beautiful, and I just love the glass turkey for cranberry sauce. I have never seen one. Now, I will be keeping my eyes open for one! I love your beautiful blue and white turkey china, also. Thanks for sharing your traditions and recipe!

We'll be enjoying our leftover turkey sandwiches tomorrow evening. Thanks for inviting us for a glimpse of your lovely Thanksgiving table for two. Cherry Kay

Oh Yes! love the white bread turkey sandwich!! I am usually lucky enough to have everyone here, and so I cook accordingly to have leftovers. This year there was only 2 of us, so LOTS of leftovers. Scalloped pineapple sounds interesting. Looks fun with all those people.