Handmade gifts are the best!
And I love making gifts
Of course, there are the "cookie" gifts for friends and neighbors 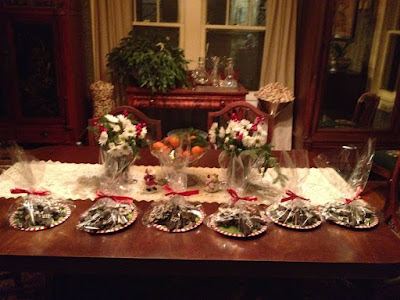 Little loaves, too, of bread are given as well.
Cranberry bread is one of my favorites this time of year 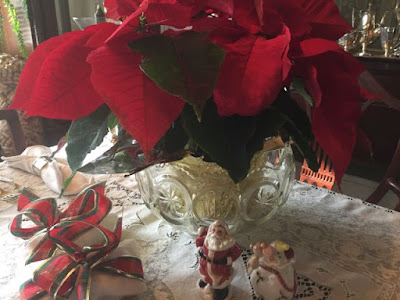 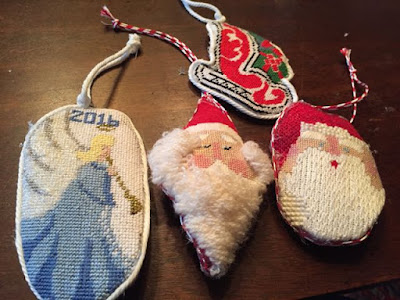 The ornament on the left is Sarah's (For the past 40 Christmases we've always given a "boughten" ornament -- this year I decided to make her a needlepoint one!
The Santa in the middle is Piper's
The Santa on the right is Lucy's
And the sleigh full of gifts at the top was given to Andy's parents

In November, I learned a new needlecraft
knitting! 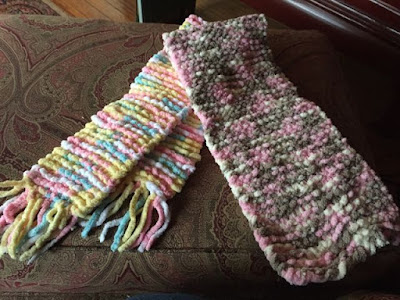 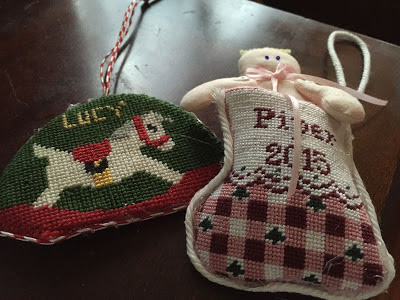 A rocking horse and a sock 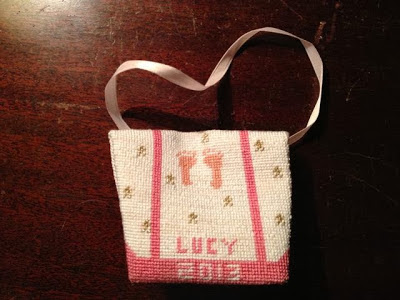 Each ornament for the Grands has their name and the year.
The Santa's are "labeled" on the back

Lucy has one more but 2014 was a year that I was stitching at Midnight on Christmas Eve,
finishing up the ornament . . . it didn't get "put together" until later (and then mailed to Lucy)

I know what I'll do next year for Lucy and Piper
for I'm designing my own!

As someone once said "handmade is best"!
Posted by Martha at 7:07 PM

I agree! Your needlepoint ornaments are treasure your grands will cherish into adulthood. I stitched a needlepoint angel ornament for my goddaughter every year until she was 18. She is now a mother of three, and she still hangs her angels on her tree. When she was a child, she loved her ornaments so much that she wanted a special tree just for them that her mother put in the entry hall of their home. When she married, she used only silver ornaments and the needlepoint for their first trees. Now she has children and the tree has evolved. ;-)
I hope you'll share next year's finished ornaments.
Happy New Year!