In early December, friend Shirley Ann and I
went south to Carthage, Missouri
for their semi-annual Homes Tour
Carthage is full of wonderful Victorian Homes
And their tour is usually full of wonderfully decorated
homes.
It, too, is often my birthday celebration with Shirley Ann
for it falls close to my birthday

This year we went,
And we loved this columned home 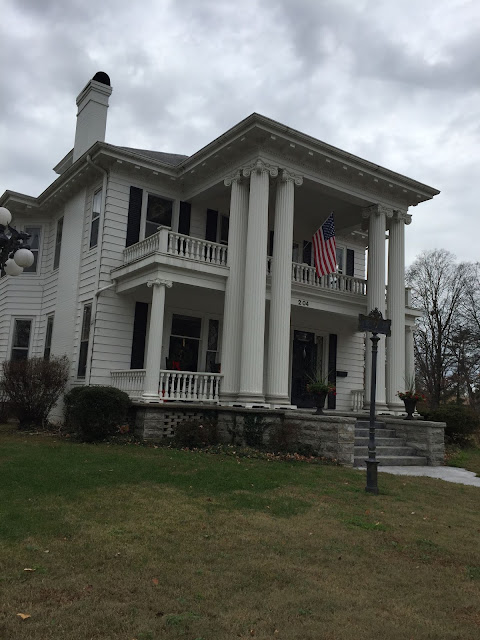 It looks so pretty and elegant
And inside, we found . . . 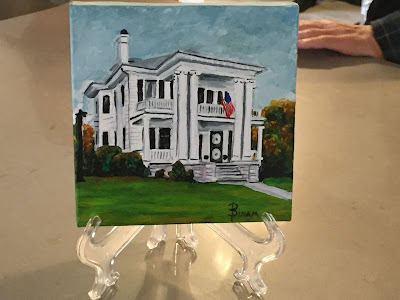 This wee little painting of the house,
I was smitten
and wondered where they had gotten it.
I must admit I am a sucker for "house art"

And then we toured this Victorian 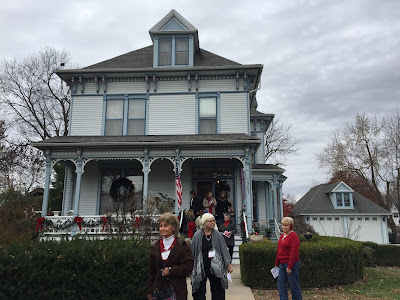 And inside was another 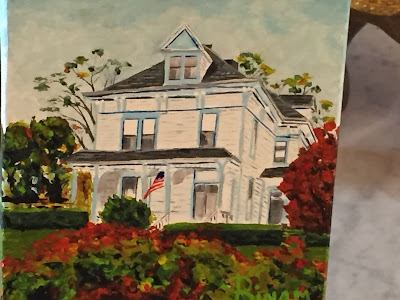 And as we continued to tour, house after house had one of these wee paintings
And I got the card of Mr. Steven Binam
who painted all of those pictures for the homes tour.

And I commissioned him
to do a painting of Linerhof 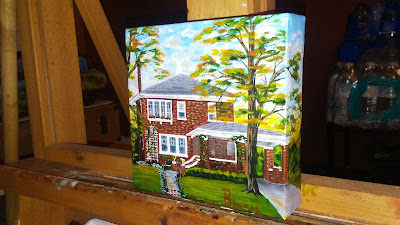 Now it joins the other two pictures of Linderhof . . . 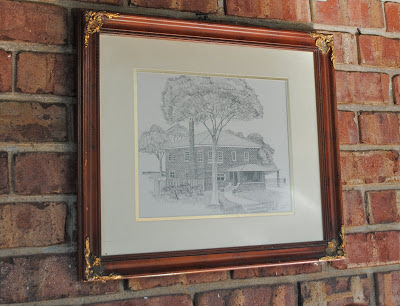 The pen and ink done by Mr. Miller who was a graphic artist
in his working career.   He retired to Fort Scott and picked up extra money
doing calligraphy for wedding invitations and the like and the occasional pen and inks
of Fort Scott's historic homes 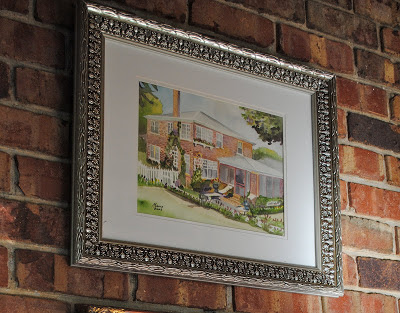 The water color done by Mike Morris who for a time had a gallery
in Fort Scott.    His health forced him to move and I treasure the memories of visiting him in his studio both before and after he did Linderhof in watercolor 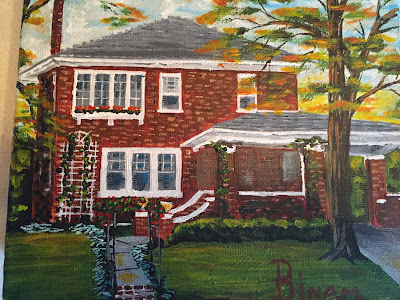 And now this wee (6 x 6 inch) painting on canvas.   No frame for the outside edges are part of the picture.    And it 's too small for a wall but instead will rest on an easel on a tabletop!

And I didn't just have him do Linderhof,
I also had him do one of Daughter Sarah and her Andy's house 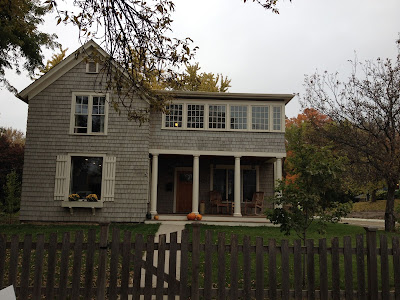 I sent him this 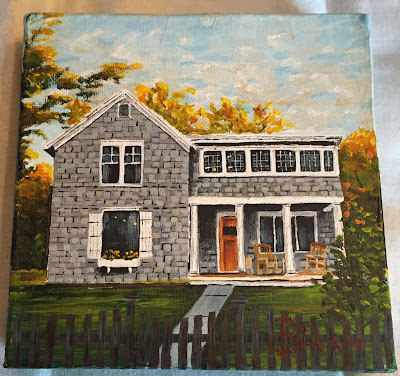 I love Christmas presents that are a complete surprise
And neither of them suspected that they were getting a painting of their house.
And they love it!

Steve will do your house, too, if you contact him!
painted_b@yahoo.com

He is from the Carthage area but if you're not, you could contact him and
see if your painting could be mailed!***

***I get nothing from this recommendation.   I just think that Steve is talented and if you love your house as much as I love Linderhof, that you deserve a painting of it!     And Steve is your man!     The size is precious and the fact that they sit on an easel makes them special.

Those are all really special and what a great gift for your daughter. Her home is lovely as well!

I am a sucker for architectural art, as well. These are wonderful. I am also an architectural artist and was privileged to do commissioned pieces that others opened yesterday. It is an amazing feeling, as an artist, to do something like this for people that they find so personal and special. May yours and the ones you gave bring many years of happiness.

What a truly on of a kind gift! I am sure they adore them.

Lovely little paintings! Our Victorian home was on a Christmas tour one year. My friend was in charge of it and she did each of the homeowner's a pen and ink drawing of their home. It is truly a treasure especially because the beautiful double magnolia tree in the front yard was in the picture and later is had to be removed due to disease.