We always get together at Christmastime with my brother and his girls
We don't exchange presents any more . . .
Haven't in a long time
But we do gift the kids with a gift --
It is Christmas after all!

But every once in a while, I do gift the girls with something
something special --
A memory shared, perhaps
or a memory to be made

This year it was a past memory

My Aunt Pearl, mother's sister,
was a maiden aunt
She lived with her mom
And her mom did all the cooking
Occasionally, Aunt Pearl would go into the kitchen to fix something special
fudge and divinity at Christmas
And sometimes a special dish

Neither my Grandmother nor Aunt Pearl were recipe collectors
(Mother was)
nor did they have a vast selection of cookbooks
but I did get the two that they owned when Aunt Pearl passed away.
The first was Betty Crocker's Cookbook
which I used to pour over when I was a teen
and I was "forced" to spend Sunday with the family! 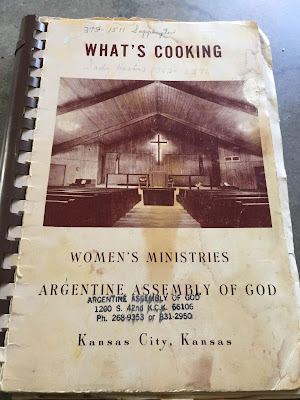 I put it on my shelf and didn't pay a whole lot of attention to it --
it was, after all, a church cookbook of a certain time period
and most of the recipes inside were ones that I already had
in other church cookbooks
But because it was "family", I didn't get rid of it.
And then one day, I decided to look inside 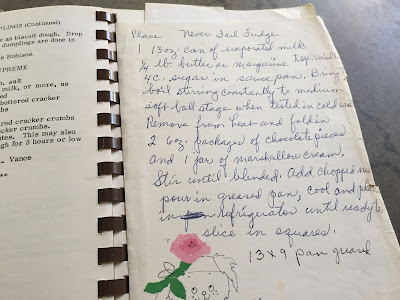 And found this, in Aunt Pearl's hand
Her fudge recipe! 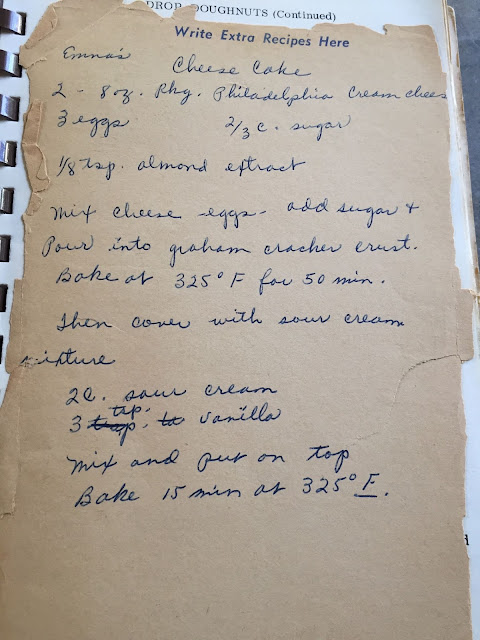 On a piece of paper was this cheesecake recipe.
I've never had homemade cheesecake at Aunt Pearl's!
But she must have eaten it somewhere, asked for the recipe
And tucked it inside her cookbook. 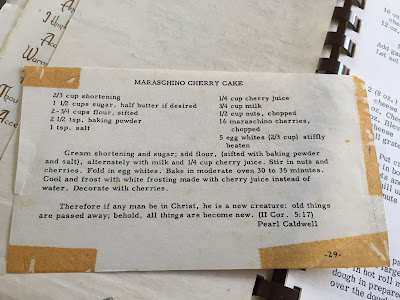 And then I found this -- loose -- obviously from a cookbook or handout of something.
Maraschino Cherry Cake
Nope, if she ate it, she didn't serve it to me!

But the true treasure of the book was this: 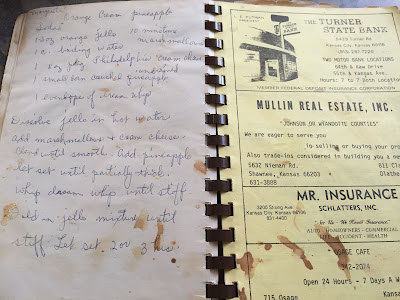 The recipe for the orange jello salad
Which she did make and did make often!

The girls had asked me more than once if I had it, and I had to tell them "no".
So I was thrilled when I found this page in the book.

And an idea was born . . .
I found The Nesting Project on Etsy

I sent pictures, they sent proofs, I okayed the proofs and then I received this: 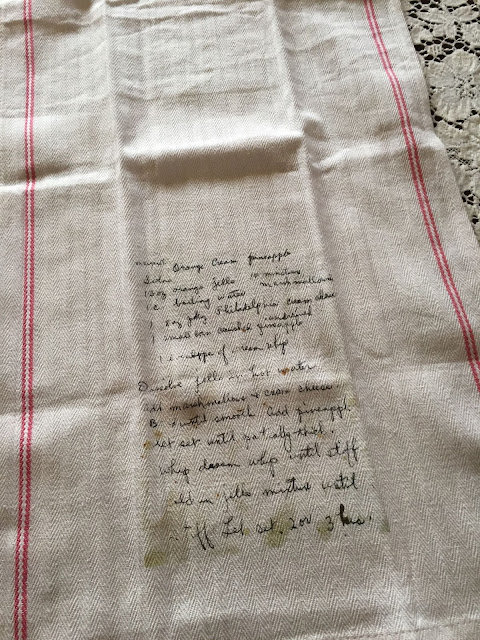 A tea towel -- one for each girl with the recipe printed on it
So now they have it and it's not just the recipe but a memory as well! 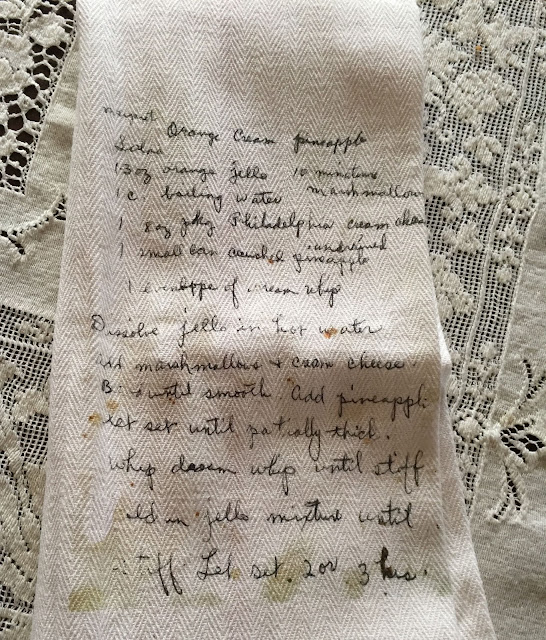 I like it when you find a perfect gift!

The company was a pleasure to work with.
I'll keep them in mind in the future for other gifts.

That is very clever - the tea towels! What a nice tribute to her!

I have lots of recipes in the Warwick Assembly of God cookbook from back in the 1970's! (Newport News, Va)

Oh, I love this idea! The hard part would be deciding which recipe to print on the tea towel!

Such a special gift and so clever!

What a beautiful gift!