It's not yet March
Actually, it is just barely the middle of February

So on our way back, we stopped by 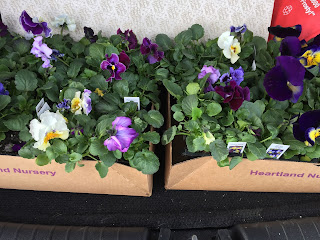 The greenery from Christmas was taken out of the pots 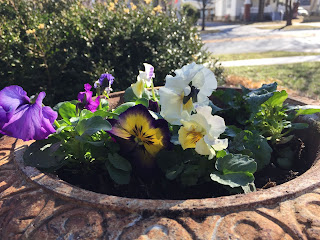 And the pansies put in 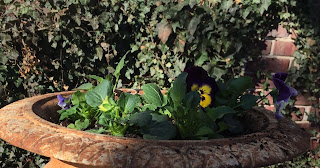 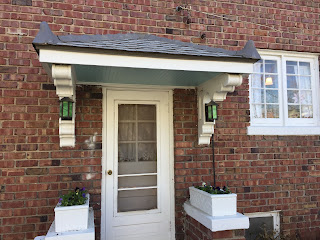 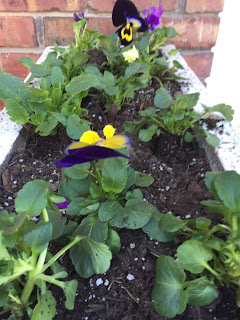 Two concrete long pots that flank the stoop
I think that they've been there forever!

And I must admit that I have the prettiest basement door in all of Fort Scott!

And in the back garden 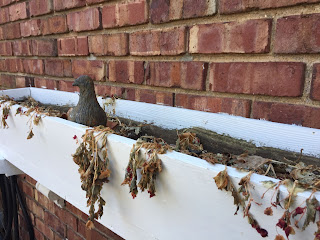 The big white planter
(That has a dove that oversees all that is planted there)
Alas, it did not have Christmas greenery
But it did have the remnants of summer begonias 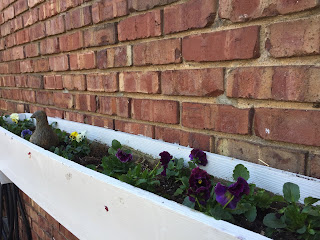 And now it has pansies 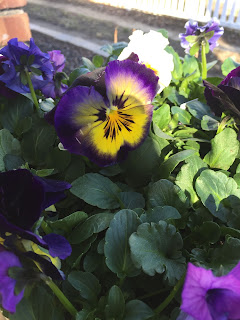 I love these -- the purple ones with the yellow centers
They were special . . . and sold in six packs --
unlike the rest which are a mixed bag. 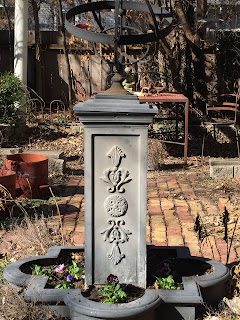 Enough pansies were left to plant the armillary
in the back garden!

We've had a warm winter
(And actually had I planted fall pansies, I think they would have bloomed most of the winter)
although there was nothing in the garden,
the pansies seem to remind me that Spring is in the air . . .

We shall enjoy these pansies until the weather turns really warm in June
and the plants get leggy.

The pansies, too, shall be used indoors to decorate fairy cakes and cakes and cookies.

I love the fact that 2017 is the earliest we've ever planted pansies! 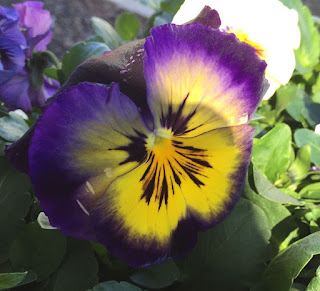 Love your pansies, my friend, especially the purple ones with yellow centers. I planted fall pansies in pots. Those on the south side are big and blooming; those on the north are barely hanging on. My goal is to get some spring pansies tomorrow to fill them all in.

It is 2/17/2017 and I am sitting in the kitchen with the window wide open listening to the acoustic guitar player next door in the tavern so they must have their door open, too. In northern Illinois, the window open in February! And, I might add, that I just heard possibly the worst rendition of the song "Layla" that has ever been sung until now.
Love your happy faced pansies.
You do have the best basement door entrance in the history of the world.

I love your pansies! It's still too cold over here in The Netherlands to plant them. I can't wait until spring has arrived!

I have pansies mixed with dusty miller in my pots. They make me smile.

I have planted primulas, but no pansies yet. We have had a cold winter for our coast and I think that fall pansies would have given up the ghost long ago!
Your back door is front door worthy!