St. Patrick's Day finds me inviting my Irish friends to lunch.
Not an American style St. Patrick's luncheon
but one that you might find if you were in Ireland
In a cottage in the country

My table is simple: 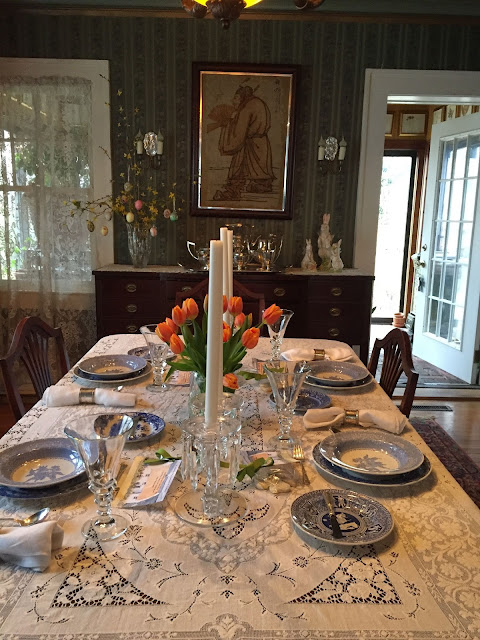 A lace tablecloth
(but alas, not Irish lace but rather Quaker) 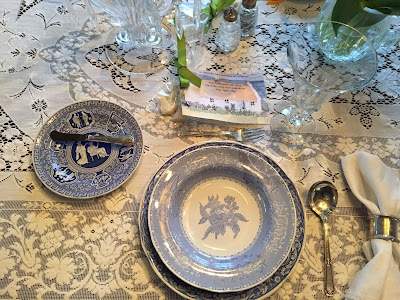 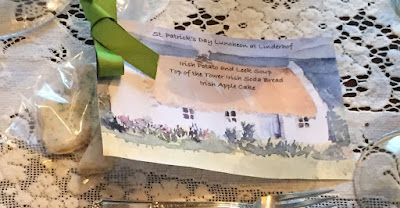 The menu written on a watercolor of an Irish cottage
A nod to America is the frosted and sprinkled shamrock cookie
as a favor (for tea that afternoon) --
if we had been in Ireland, it would have been shortbread --
plain! 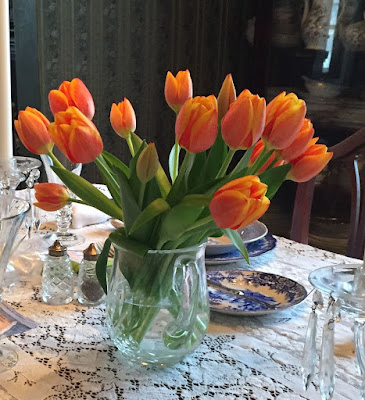 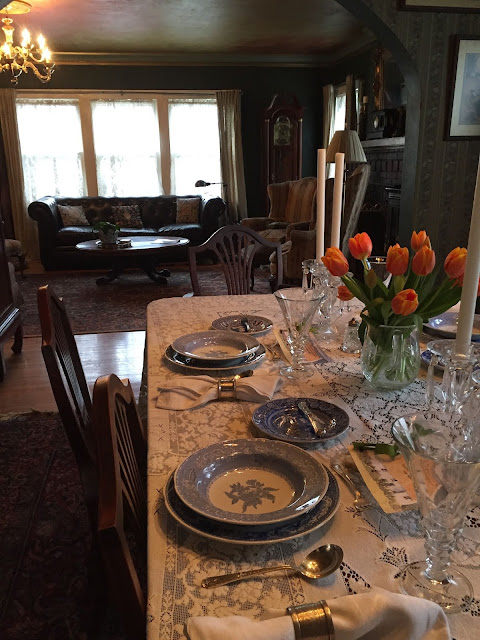 The view into the living room

I like my menu to reflect what perhaps an Irish housewife
would serve her friends: 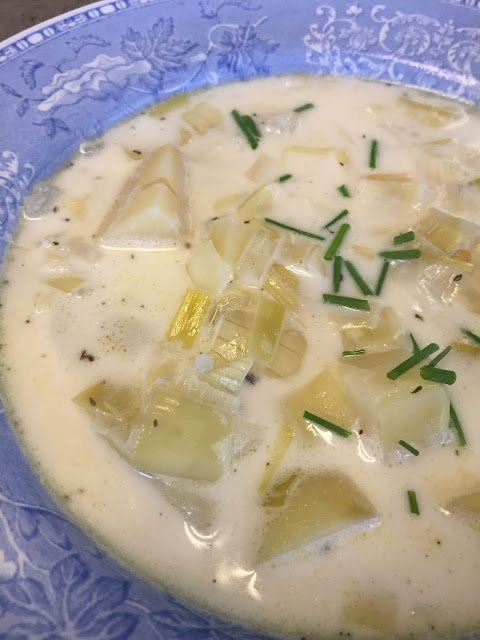 An Irish leek and potato soup
(garnished with chives) 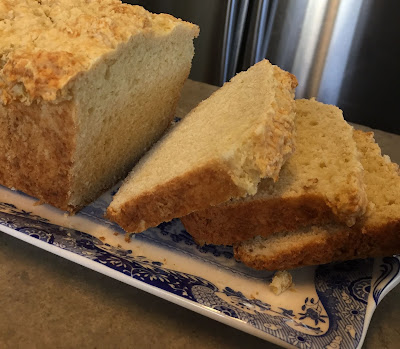 Irish Soda Bread
(not an Irish recipe but rather one from the Top of the Tower restaurant in Kansas City --
it's a recipe I've had "forever"!) 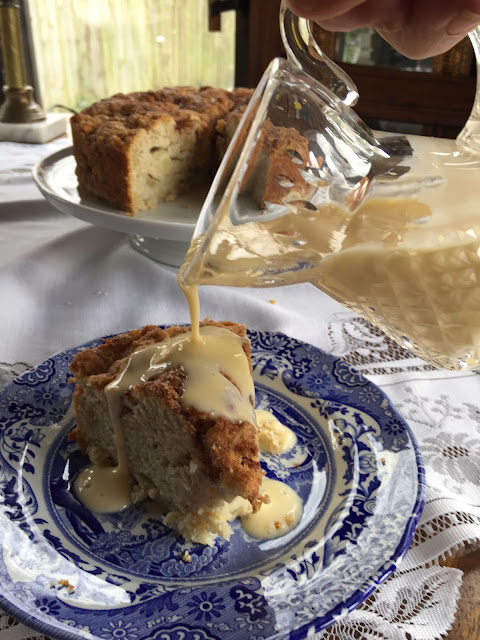 And every year after dessert we have: 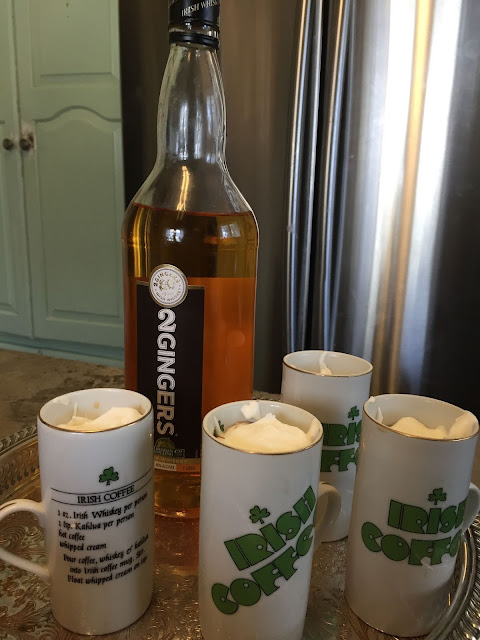 Irish Coffee
served in wee cups that I've had "forever"!
And used just for this one day every year!

Irish Coffee has an interesting beginning:

The original Irish coffee was invented and named by Joe Sheridan, a head chef in Foynes, County Limerick.    The coffee was conceived after a group of American passengers disembarked from a Pan Am flying boat on a miserable winter evening in the 40s.     Sheridan added whiskey to the coffee to warm the passengers.    After the passengers asked if they were being served Brazilian, Sheridan replied "No, it's Irish coffee"!

We had a grand time.
Visiting.
Sharing stories of Irish relatives and trips to Ireland.
It's one of my favorite luncheons of the year!

What a lovely meal and table!

A beautiful table as always, with delicious food to share. I would love to have had some of that soup today....

I love your post! A beautiful table,pretty pieces and gorgeous tulips! Thanks for sharing. Hugs, Maristella.

Will you post recipe for the Irish Soda Bread. It looks delicious...

You describe this very well. Excellent work! Keep it up.