When we lived in England that Spring, one of our favorite dinners
was Fish 'N' Chips 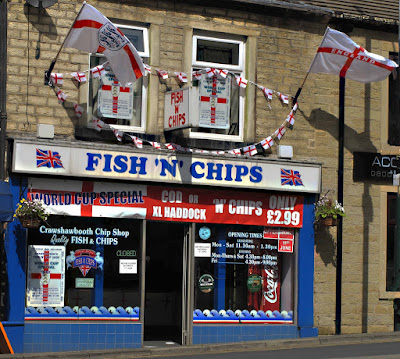 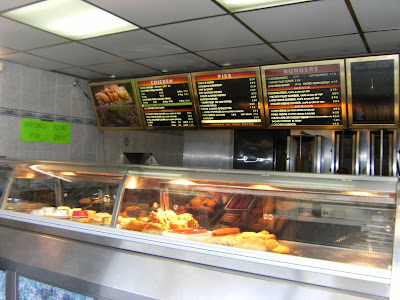 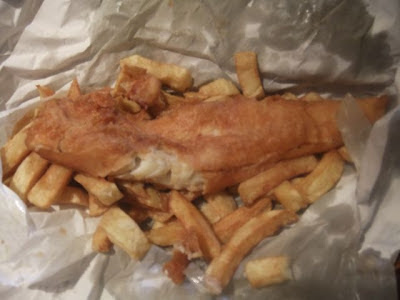 Once home, we'd unwrap the greasy paper revealing a mass of chips (which we know as French fries)
and a nice piece of deep fried battered fish

Oh, how I miss those meals!

Long John Silvers does not compare (like fish to fish sticks) and even some "Irish" pubs
in the city just don't do it right!

Then in the tiny Southwestern Missouri town of Lamar,
there is 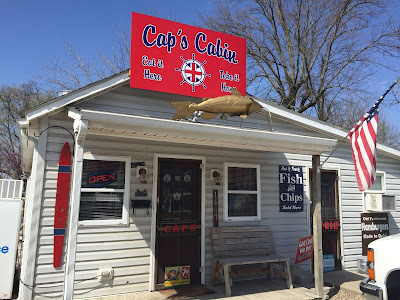 With a British flag and the words "fish and chips",
I thought I might be entering fish 'n' chips heaven! 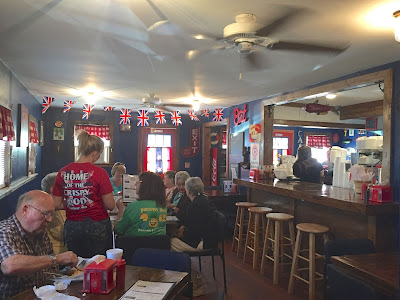 It's a quaint place
It's a small place 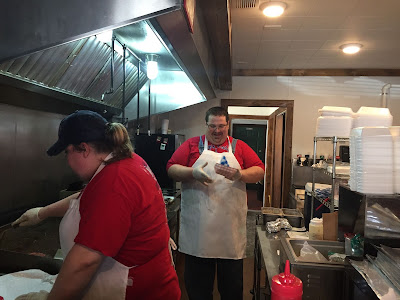 The kitchen is open

And yes, they do serve wonderful fish 'n' chips 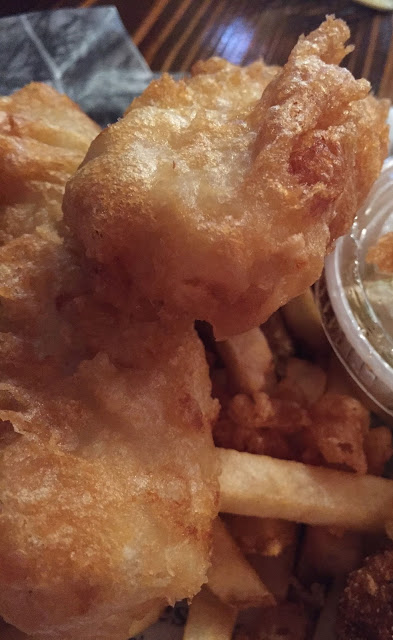 Cod, fresh out of the fryer
(would there be any other way for "Cap"?) 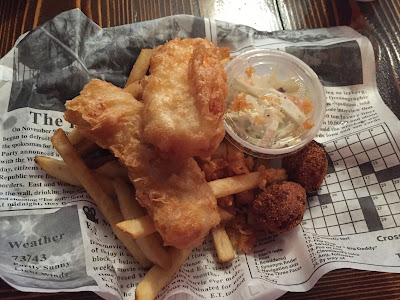 Served with chips
And the "South" part of it --
coleslaw and hushpuppies
We are, after all, in South Missouri! 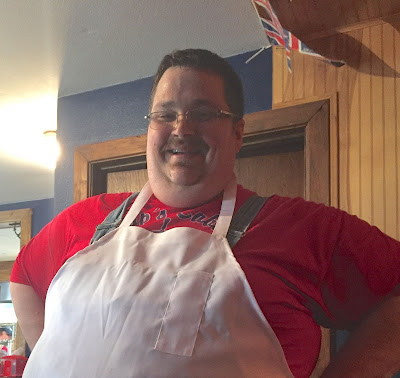 Owner Charles James
stopped by our table
So not only do you get good food you get great service.
It's always nice when the owner comes by to see if you like your food! 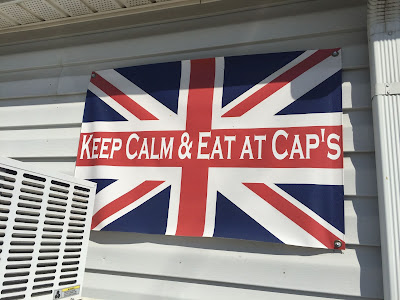 And how you know you're eating proper British fish 'n' chips!

Cap's Cabin serves other food -- hamburgers including a Juicy Lucy
(for those misplaced Minnesotians who are carving their favorite food!)

We'll be back
For it was not just good food -- it was great food!

And Fort Scottians or Nevadans don't seem to give a second thought to
traveling for good food.

And if you think you've heard of Lamar,
you have
It's famous 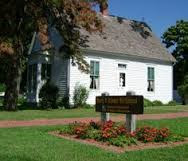 As the birthplace of Harry S. Truman in 1884
The "Man from Independence" was really the "Man from Lamar"
although his time in Lamar was brief!

This looks delicious....We used to have a wonderful restaurant near Lake Chautauqua, New York, called Davy's. They had the best fish and chips meal. Alas, they have been out of business for many years now. And I have not had anything as good since. Perhaps, someday, if I'm ever in Lamar Missouri.........

Come back and see us! We have moved to the historic Lamar square!