I adore tulips
They are one of my favorite flowers
And when they're first offered for sale at the grocery store,
I bring home at least one bunch every week 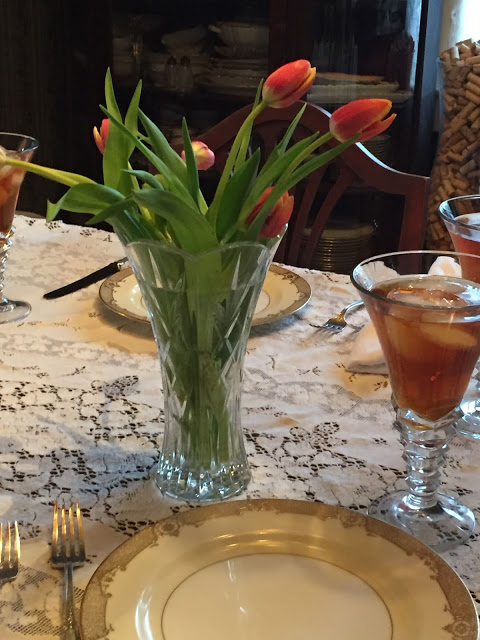 I love them on the dining room or breakfast room table 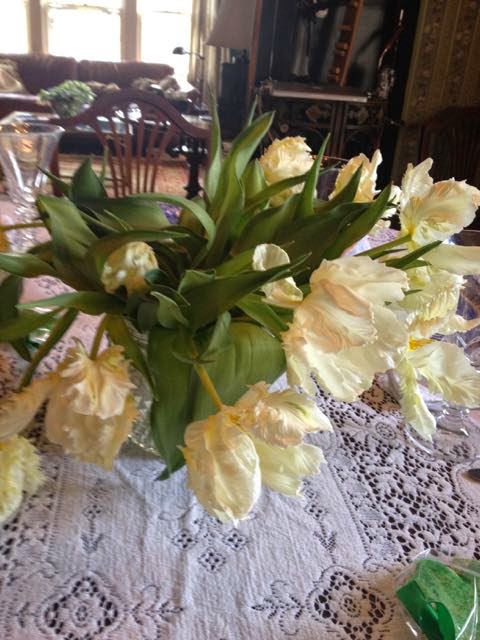 And if I can find the frilly ones, so much the better!

I don't know if it's the fact that the prairie is a bit further south and thus a little warmer
than where I grew up in Kansas City, but here, tulips are
"annuals"
You plant them in the fall, get a good bloom the following spring
And you're lucky if the year after that you get a bloom at all
So I rarely plant them

In the fall of 2015, I did succumb to these beauties 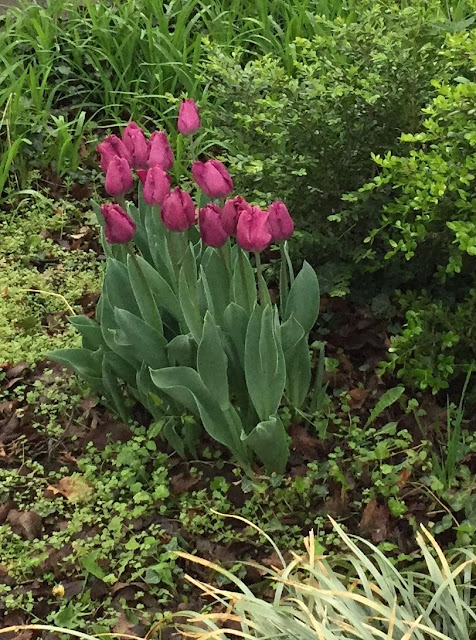 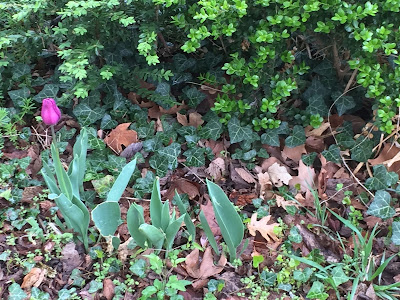 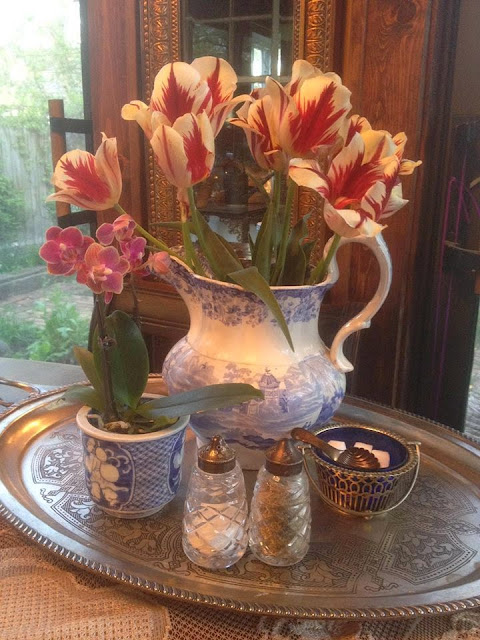 Sometimes I find a pretty tulip and will plant the bulbs, just for that one year of bloom
Just for the chance to have a pretty bouquet in the old blue pitcher!

Growing up, mother never planted tulips.
And we had tulips every year!
Red ones or white ones as I recall.

Were they "heirloom" bulbs?
Was it the fact that Kansas City is a bit colder than here?
Whatever reason, I was a bit dismayed that tulips were an "annual". 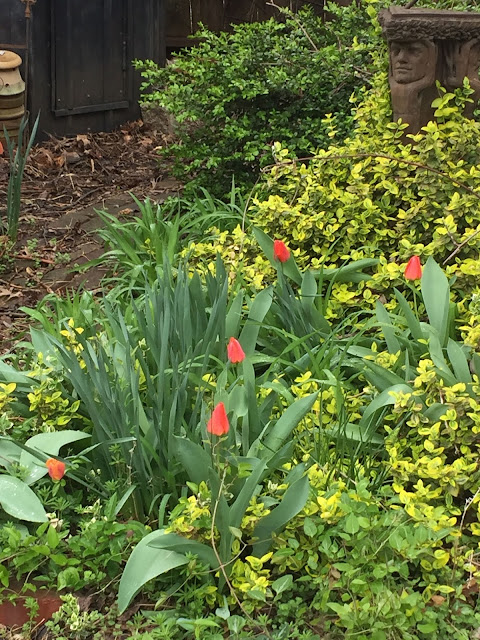 These lovely red tulips are blooming 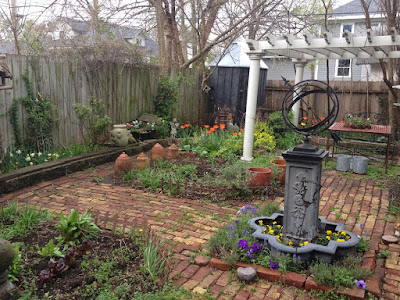 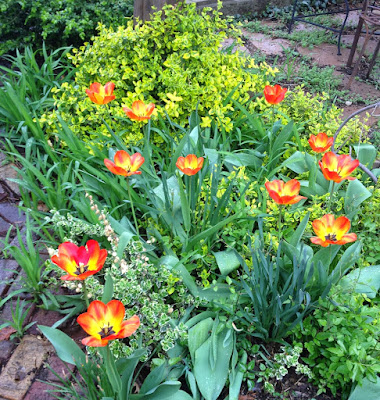 I know I planted these tulips
What kind they are, I'm at a loss to say
I would assume that I got them at Costco
(for I get a lot of my bulbs there)
but I may have ordered them

But they're "comeback" tulips!
For this is at least the fourth year they've bloomed
And bloomed well!
(I couldn't find any pictures of the garden at tulip time in earlier years, so I'm not sure
when I planted them)

I may try to look at some heirloom varieties of tulips to plant this fall
With the hopes that they won't be just a "one year show"
like most.

I must admit that these red tulips bring a smile to my face
As I take my afternoon tea in the breakfast room
And see their red blooms dancing in the breeze.
Posted by Martha at 3:38 PM

Hi Martha, Sorry you have such bad luck with tulips! I have a suggestion for variety that may be helpful: "Darwin" hybrids (google ColorBlends bulbs - they sell them; or, some sell tulips they specifically call "perennial" tulips.
Best wishes! (I love tulips too!)
Beth