After a long hiatus
From meeting on the first Tuesday (in March)
back to the last Thursday (in April)
we met Angela's challenge
Her choice for April:
Middle Eastern but not Greek

We all were familiar with Greek food --
gosh, I've even fixed Moussaka lots, made a walnut lemon cake lots, and took a turn or two at Baklava

But other Middle Eastern countries . . .
I've not even eaten much from them! 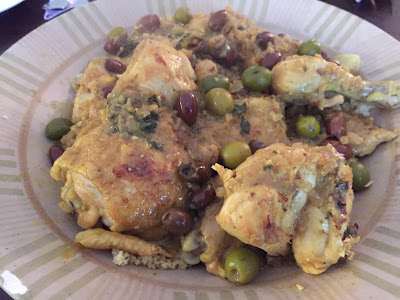 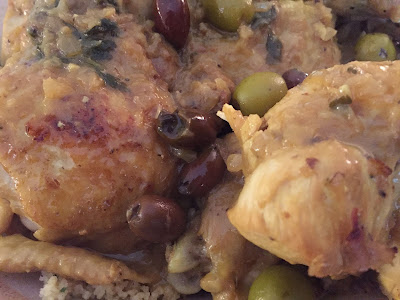 With couscous
(She has fixed this dish before . . . but she had never cut up a chicken --
so she considered that the learning part of her dish!)
(It did lead to a spirited discussion on chicken cutting!) 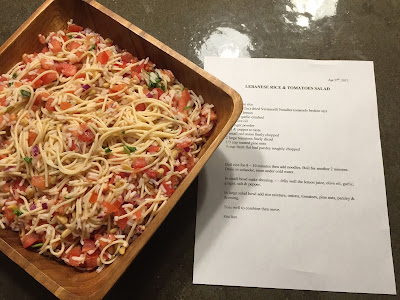 Rita's Lebanese rice and tomato salad
(Yes, it says rice and Rita didn't substitute pasta -- that was part of the recipe)
It was refreshing with a hint of ginger --
we all agreed it was quite good! 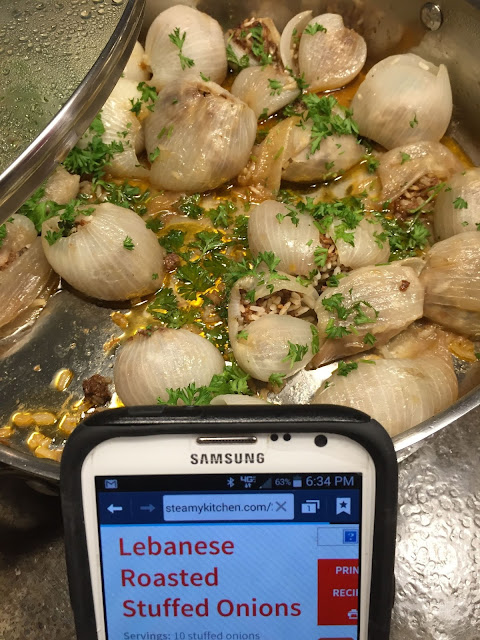 Michelle's Lebanese Roasted Stuff Onions
With a whole bag of Vidalia onions, Michelle chose this dish.
Like a stuffed paper only it was an onion instead of a pepper
and it had those Middle Eastern spices . . .
Several of us took more than one serving! 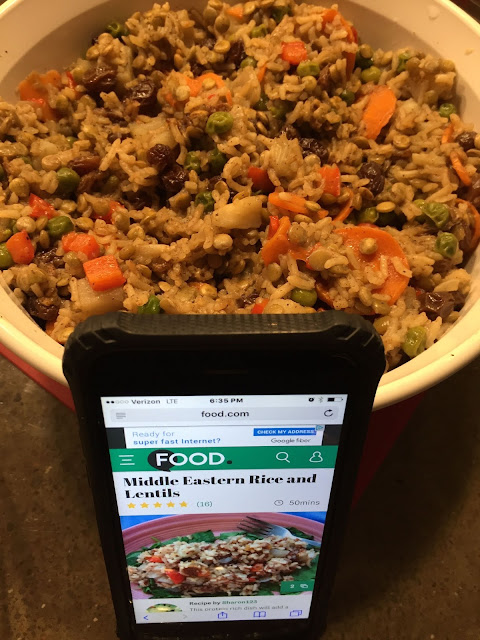 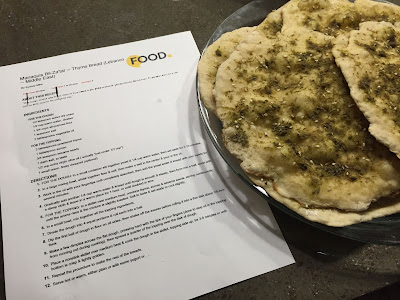 Sara's Lebanese Thyme Bread
It was good -- not quite as crisp as some Middle Eastern bread but not "puffy" either like a pita.
Those of us who took a half, ended up taking the other half!
It was the perfect bread to go with the meal! 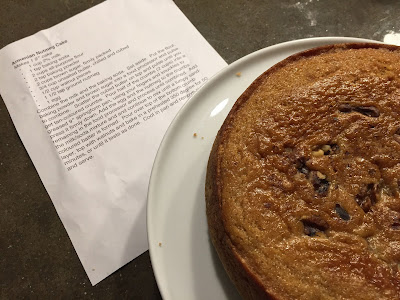 My Armenian Nutmeg Cake
We all liked it -- more like a coffee cake and perfect with the French press coffee that Angela's daughter brewed for us.
It had a crispy crust and more sugar than a similar American cake.
Several said that they would make it and I would make it again.
It was just a plain good dessert! 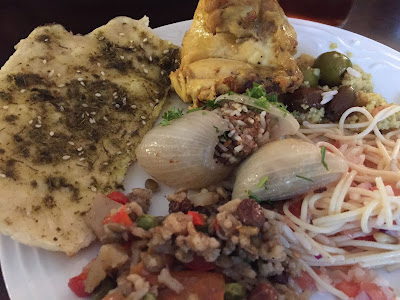 Our plate of Middle Eastern Food
Not as many countries as could have visited
(Lebanon seems to be the choice of most of us)
But it certainly was a different meal and a meal that definitely stretched our comfort zone.

Thank you Angela for a great choice!

Next month it's Michelle's turn . . . she's making up her mind
It will be either
a - pies (or tarts) sweet and savory
(Where you bring either a sweet pie or a savory pie)
or
b - cooking from the 50s

I'm happy either way and if it's a) I'm hoping to get savory for I
know one that I want to make!

Your cookbook has some really great dishes I must say. This is the most incredible one. Please post some great dishes from your book so that I can also make it.