The Lunch Bunch came today . . .
a week late
But it was because of me --
I was in Minnesota with the Grands!

It's still May, it's still Spring
but temperatures are warming up and so I wanted a "cool" lunch 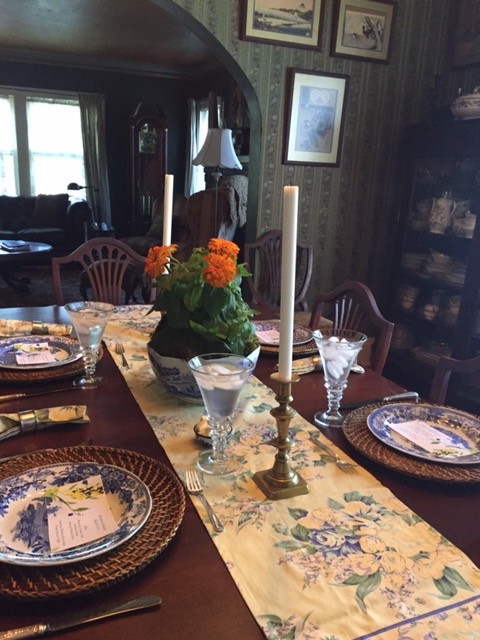 My "new" linens (new because I've never used them) -- From April Cornell -- a runner and napkins to match.
The wicker chargers and Spode blue and white plates, and Jim's grandmother's cutlery 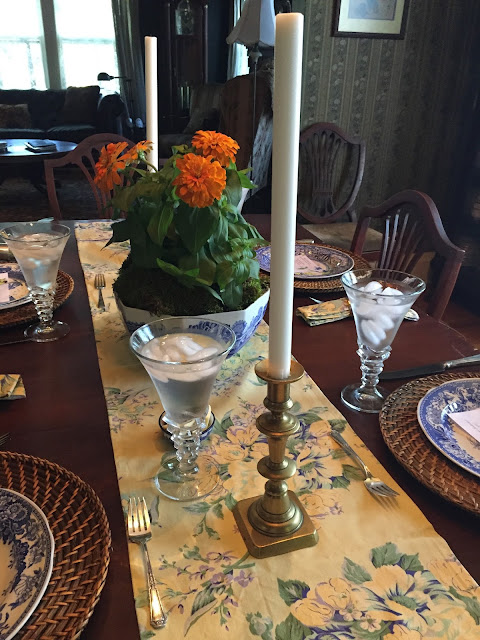 The orangey zinnias in a blue and white Spode bowl.
They hold a secret -- they're in the pot they came home from the nursery in --
After lunch, they'll be planted in the garden
A centerpiece that I'll enjoy till frost
(and who knows, the blooms may be back on the table for another luncheon
this summer!)

It's a simple menu: 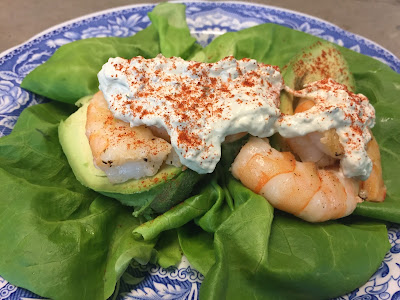 Served with a hot roll and real butter 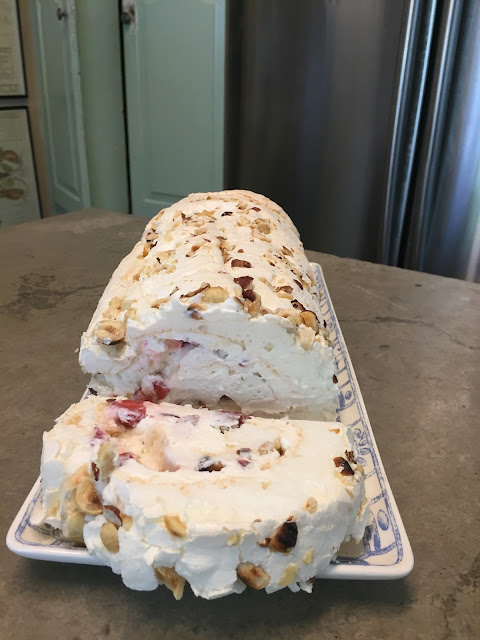 Strawberry Hazelnut Pavlova Roll from Wives With Knives
It's a to die for recipe
And her instructions were very clear
And it's an easy, few ingredient recipe as well -- 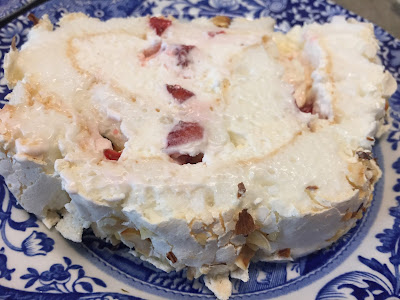 A roll of meringue layered with whipped cream and strawberries.
The hazelnuts dot the outside.

It is s-o-o-o-o good!
So good, in fact, that I printed the recipe off and will make again! 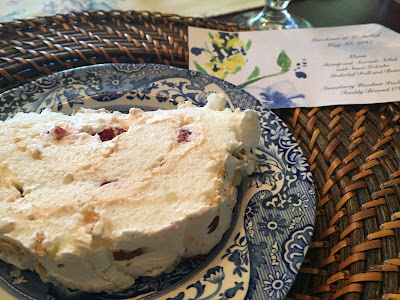 It's perfect served on blue and white!
And, as always, there is a menu for everyone

Although I like the anticipation of company and how fresh the table looks
And how it looks as if it waiting for company . . . 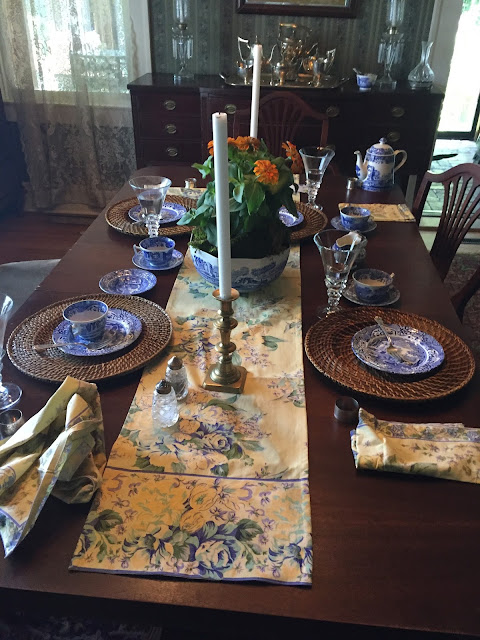 I like the table "after" . . . when everyone has gone home.
You can tell that a good time was had by all!

We get together once a month and in June, we'll be traveling to Nevada
for The Annual Salad Luncheon of St. Paul Lutheran Church
It's an annual trek for us as well . .

The guests are so lucky and privileged. Such a lovely table. In love with the crockery and flowers. How were you able to preserve the crockery for so long.