Some of my favorite company came for lunch today
My Nevada friends . . .
And for them, I like to set a pretty table 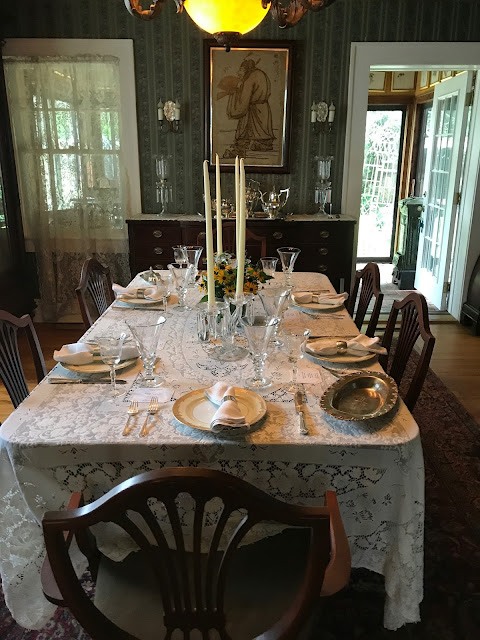 the lace tablecloth
and tall candles in crystal candlesticks
(which I don't light -- it's luncheon -- you never light candles during the day!) 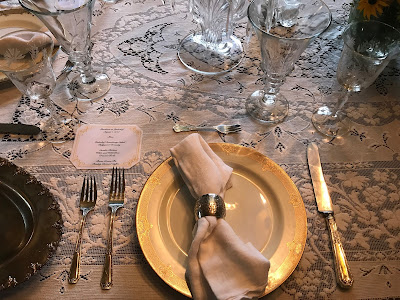 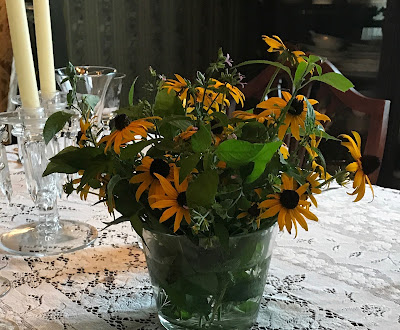 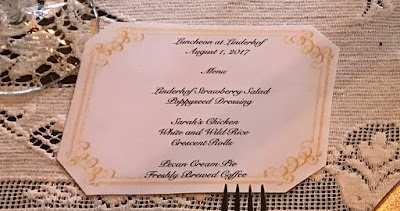 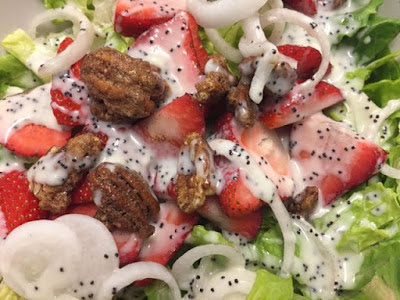 Romaine, strawberries, pecans, onions and a homemade poppyseed dressing
(one of my favorites) 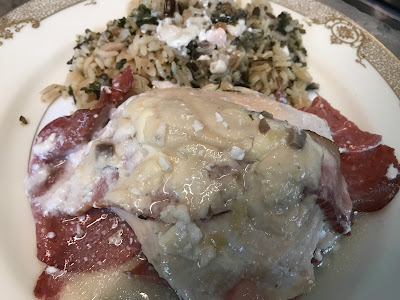 The original recipe was called Chicken Red Apple from an old Nevada Thalia's cookbook
(and actually, it's one of those recipes that everytime the recipe is printed, it has a different name)
Chicken with dried beef, bacon and a sour cream, mushroom soup sauce
Baked every so slowly in a lower oven
Served with white and wild rice 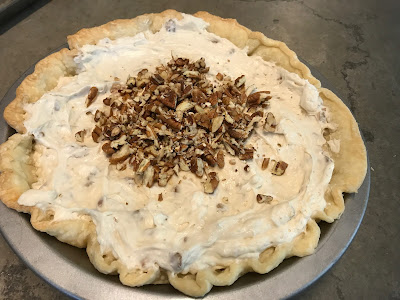 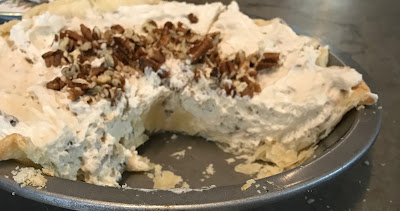 It's an easy pie, a great summer pie
And it's so rich that a pie will serve 8!

In a bowl of a mixer using the whisk attachment, whip the heavy whipping cream and powdered sugar until stiff peaks form.    About 5 minutes.

In another bowl, mix together the cream cheese, vanilla, brown sugar and maple syrup until combined and creamed together.

Pour into the pie crust and smooth out the top.    Garnish the top of the pie with remaining 1/2 cup chopped pecans.    Refrigerate for at least 4 to 6 hours before serving.    Overnight is even better!
Posted by Martha at 9:25 PM

Your lunch sounds so special and the food sounds delicious!

Your tablescapes are always beautiful! Oh I must make that pie...thank you for sharing the recipe.