We met last Thursday
in the kitchen of the Catholic Church
For we were cooking together . . .
The theme was
Pizza! 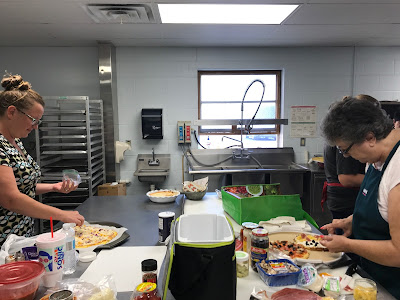 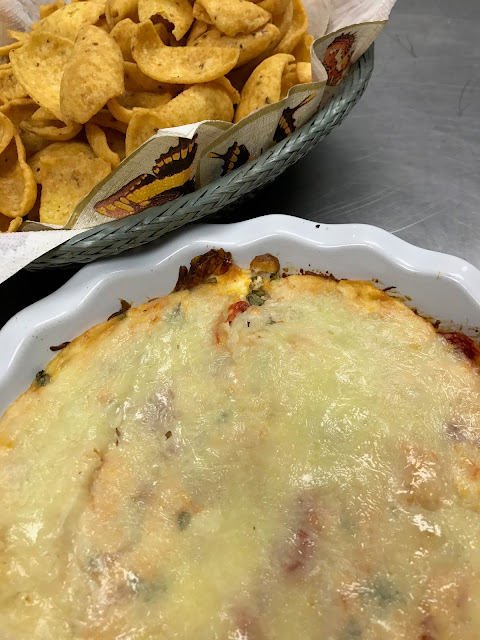 My contribution -- pizza dip
an appetizer
served with Fritos
There's something about that "corn" flavor that works better than either bread or crackers
It's full of cheese, roasted tomatoes and basil 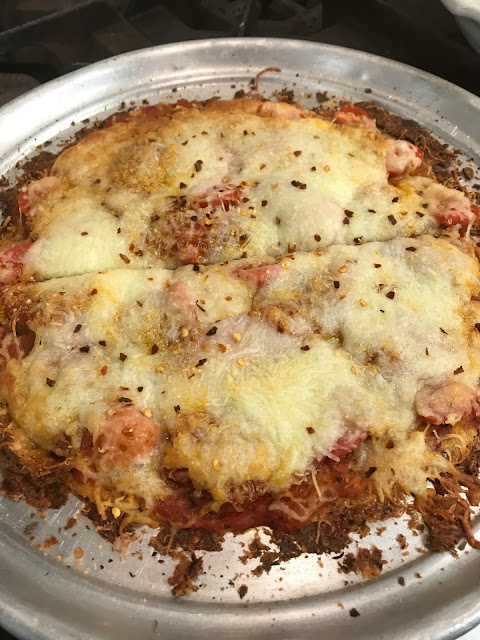 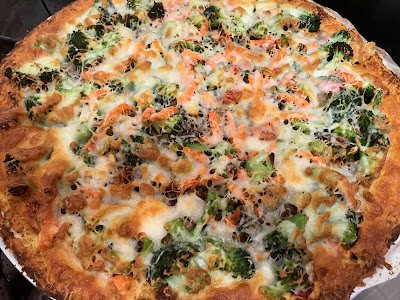 Donna's
Another cauliflower entry with sausage, vegetables, and, of course, cheese! 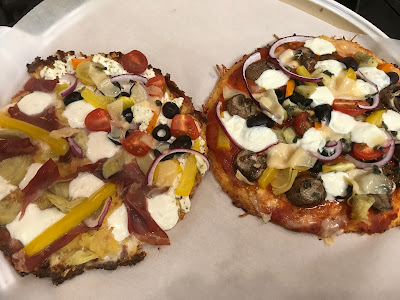 Barbara's
Another cauliflower crust and she used ingredients on each half so that there were
four different kinds of pizza -- all good! 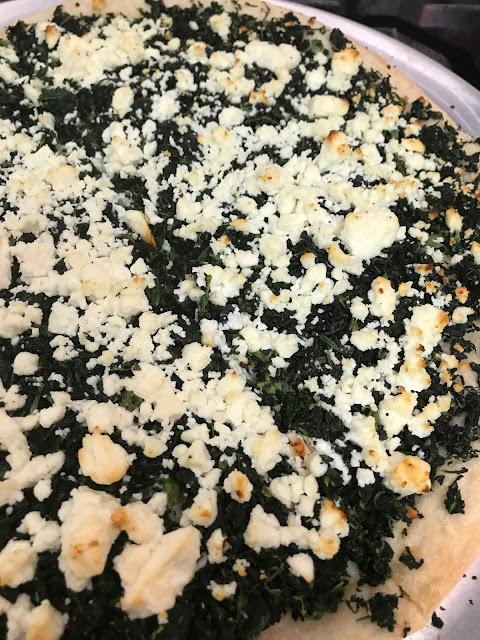 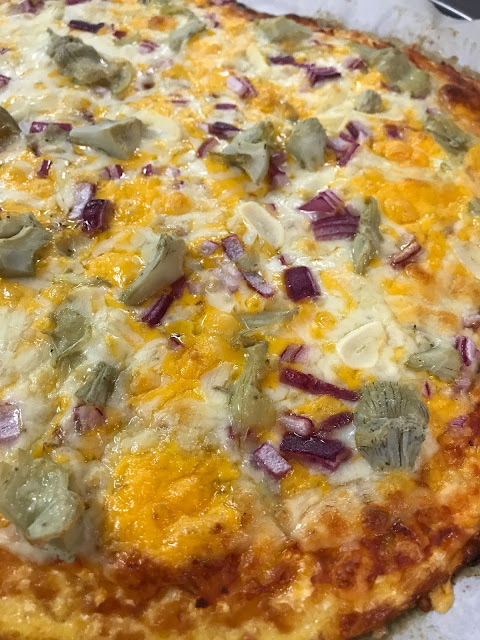 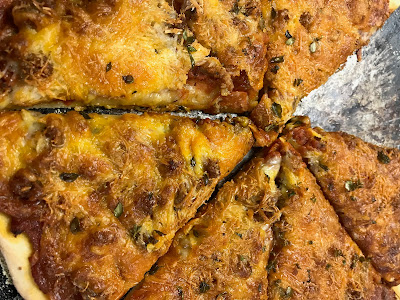 Angela's
A traditional crust pizza with cheese and fillings 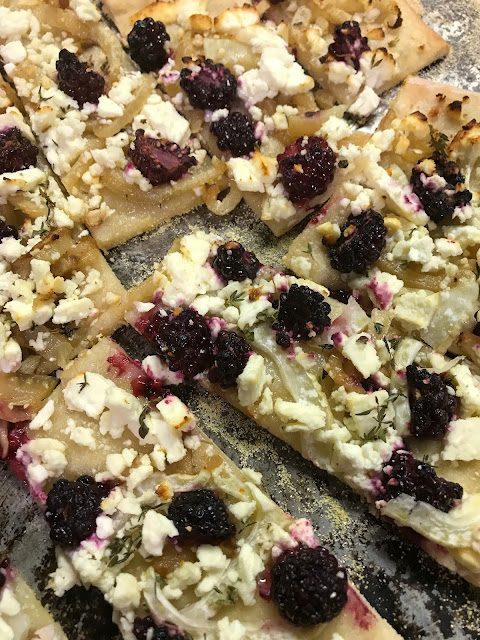 Angela's
(she was this month's over achiever!)
traditional crust with blackberries and goat cheese
Can you say "yum"! 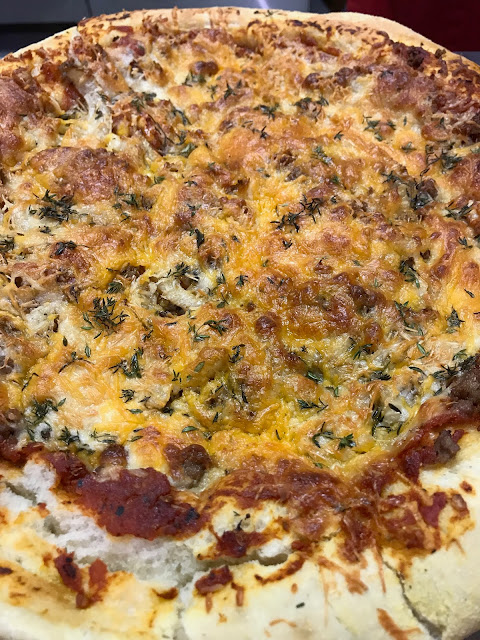 Angela's
(definitely the over achiever)
Thick crust pizza baked in a cast iron pan
And the crust was so good! 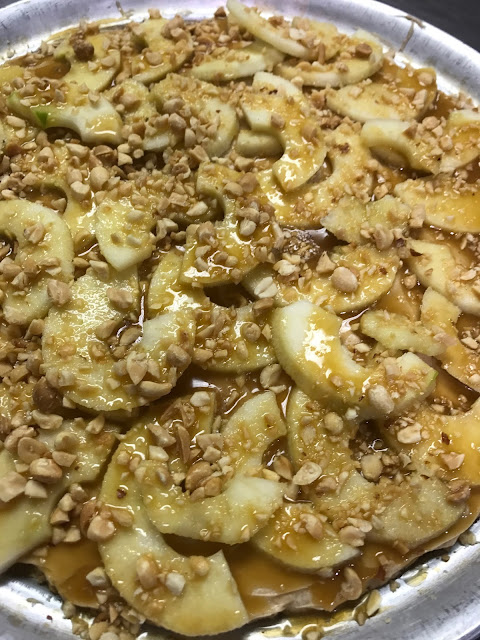 Some members chose to be creative as to their pizza toppings while others did follow a recipe.   All of the crusts were recipes and many tried new crusts while some used tried and true recipes (which we allowed for the crust.)

We had fun and will cook together again!
It was fun to see what everyone did for their pizza and it was also interesting that
we had more "no carb" options than we did carb options.
And did we eat pizza!     And more pizza!

A big thanks to Rita and her husband Joe for making arrangements for us to use Kennedy Gym Kitchen -- it was a perfect venue for us to cook together.

Preheat oven to 400.    Line a baking sheet with aluminum foil and then place tomatoes on top.    Sprinkle with olive oil and salt, then roast for 20 - 25 minutes until bursting.    Set aside.

While tomatoes are roasting, mix softened cream cheese with about 7 ounces each of provolone and mozzarella and then the Parmesan.    Stir in basil, garlic and roasted tomatoes, mixing well to combine.     Transfer mixture to an oven-safe baking dish (I used a pie pan).    Sprinkle with remaining mozzarella and provolone.    Bake for 25 to 30 minutes or until top is golden and bubbly.   Serve immediately with Fritos.

*Because Provolone is hard to find in my town, I used a shredded mis of "Italian" cheese which had mozzarella, Provolone and Parmesan in it.    I used two 8 ounce packages plus another 3/4 cup from a third package.

I had not made this Pizza Dip before but had made one with pepperoni.    I found that bread or crackers were not the best accompaniment but that Fritos were (and that is what the pepperoni pizza dip suggested using).   I think it's the crunch and the corn flavor (after all you use cornmeal on the pan before baking).