For more years than I remember,
the second Monday in October
finds me lugging the plants
in

Of course, last week, I rushed the season a bit 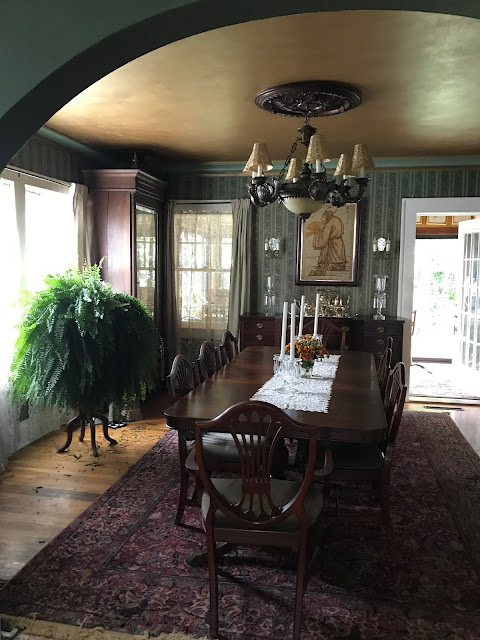 When I brought "Big Fern" into the dining room
I've not had good luck with Bostons indoors
and have given up trying to winter them over.
For good intentions in October meant a mess of a plant in January
and I would pitch.
I'm hoping that "Big Fern" will be able to return to her porch home come May 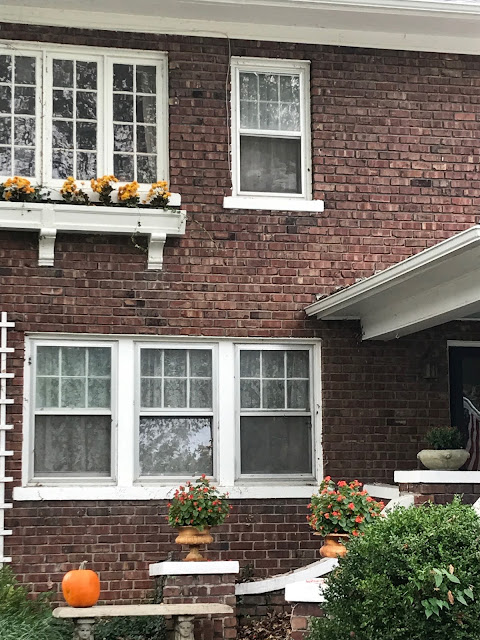 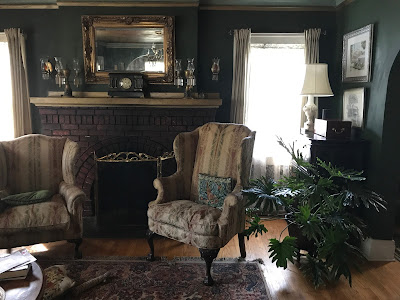 (Friend Shirley Ann has one -- a small plant she was given when Prince Charles got engaged to Lady Di . . . and that was what she named her plant.    Mine came along around the same time as Kate Middleton -- but Kate doesn't seem a proper name for a plant so I named her for her title -- The Duchess!)

She's rather big -- grew leaps and bounds this year and not really having a home for her (Shirley Ann does have one for her Lady Di), I placed her where the Christmas tree will go in December . . . what will happen to The Duchess then?     I'm not sure but there is no room on the breakfast porch . . 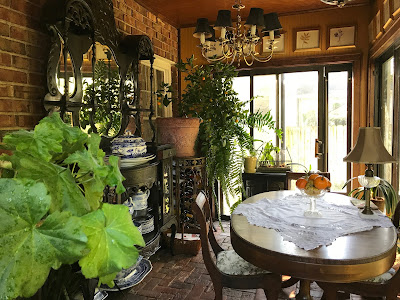 The breakfast porch with a pot of geraniums, the calamondin orange (which we bought back in 2001), another fern (not a Boston and I've had this one for 4 years) which is sort of crowded back in the corner and on top of the stove another geranium (Mo's geranium) and along the windows on the right, agapanthus, clivic, and a Easter cactus.      (You can't see most of them -- they're small and on the floor).
I like the coziness of Columbus Day when we bring the plants inside . . . it's how I decorate for fall! 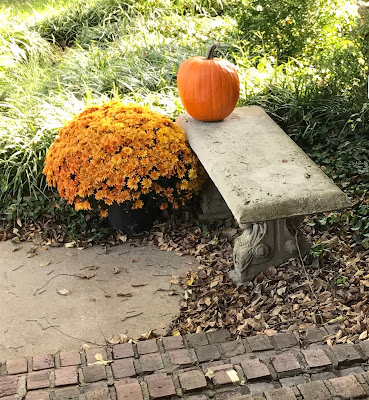 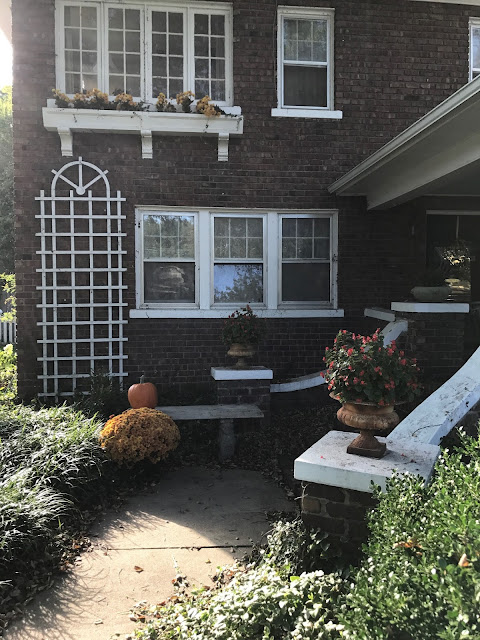 And brings the final touch of fall to the front of Linderhof.
(in the concert planter at the right, there is another deeper bronze mum that's mostly buds --
it will look spectacular when it blooms!)
Posted by Martha at 5:35 PM

Martha, Your home and furniture is so amazingly beautiful. The plants really give everything a nice soft touch. I so enjoyed combing over each photo.