To commemorate these two important events, we decided to publish a cookbook
That seems like an easy task, but alas, it's not as simple as it seems.
Cookbook Chairman Lois was a taskmaster
in keeping us on track . . .
getting recipes IN, typing recipes to be published, constant proofreading
We wouldn't have a cookbook if it hadn't been for Lois!

We decided on 200
And started on our sales journey

Between church members and posting on Facebook,
we did sell out
But that was our goal! 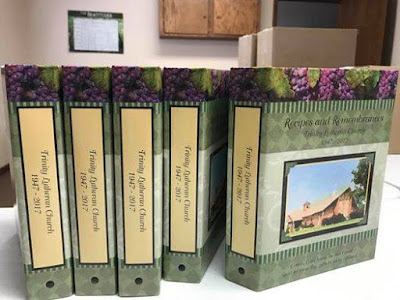 And we were please last week when the cookbooks finally came
A quality book -- a heavy three ring binder type of cookbook
No spiral backs for us
A hefty permanent cookbook!

And because it is our 70th, it also tells the story of Trinity --
our history, the men who have ministered to us over those 70 years,
and some of our traditions like LAF (Lutheran Adult Fellowship), Lenten and Advent Soup Suppers, Women's Bible Study

Since so many of our cookbooks were sold to people in our community,
we decided rather than having them just "drop by the church and pick them up"
that we would have a
"Launch Party"
With the church open a few hours in the evening to come by and pick up the books
But not just pick up you book but sample some of the delectables between the covers!

The party was last night! 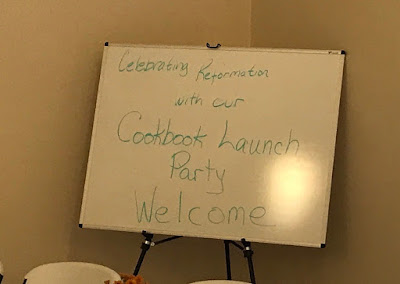 And we welcomed our guests 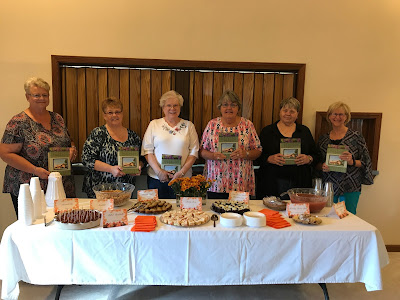 And neither a cookbook nor a Launch Party is done by one person alone!
The ladies of the church who assisted in the typing and proofreading to
make the cookbook a reality.
Our fearless leader, Lois, is second from the left!
There would not have been a cookbook without Lois!
So we gathered behind the table, each holding a cookbook, before the crowd descended to pick up their prepaid copy!

We chose to do 3 appetizers and 3 desserts
plus a hot drink and a punch
Each from a different contributor
Some of what we served last night: 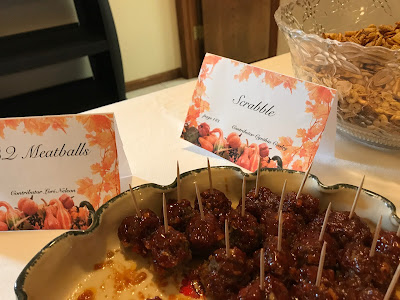 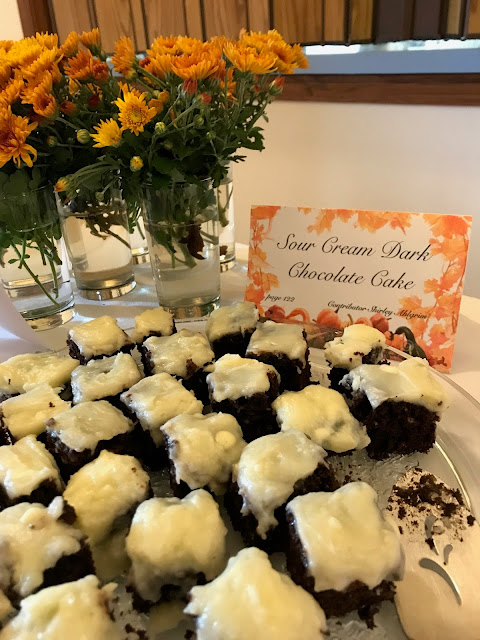 Shirley's Sour Cream Chocolate Cake
(with a cream cheese frosting not in the book but no one likes a naked cake!) 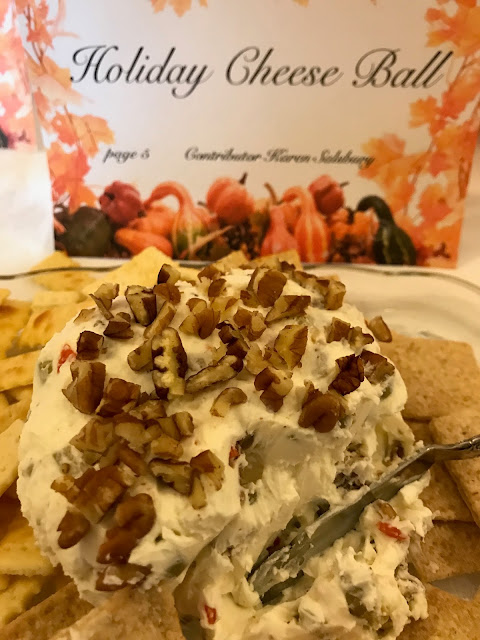 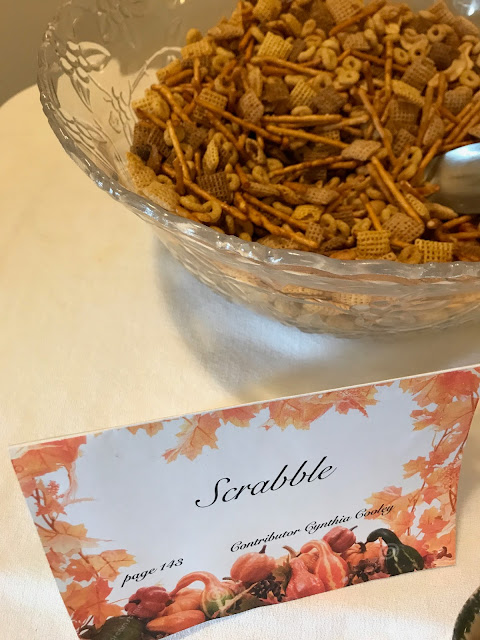 Cynthia's Scrabble
(which is what her family calls Party Mix) 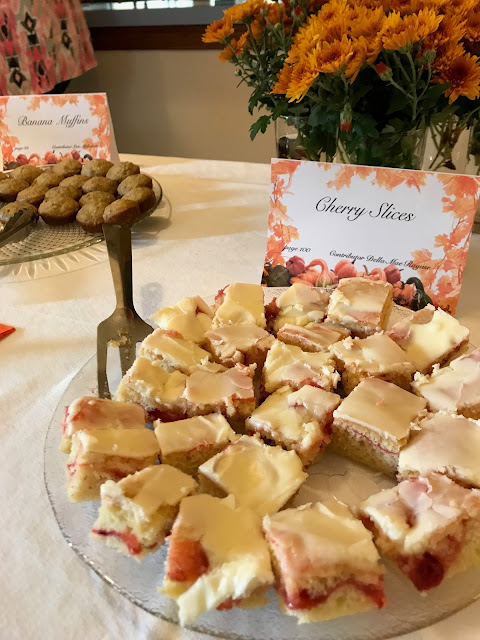 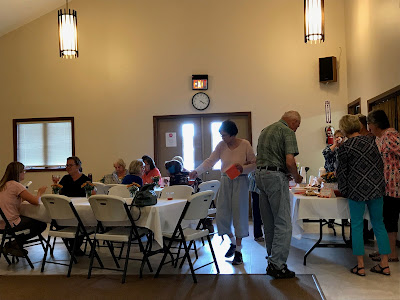 We held our "do" from 4 to 6:30
and we had a good turnout
So many from the community came to Trinity to pick up their books
and sample the goodies.
And if you notice, we had real flowers on the linen tablecloth covered tables.
We Lutherans know how to throw a "do"!

Thank you to Lois and her committee for making the cookbook happen.
And thanks to those ladies, too, for a wonderful event last night.

Thank God for the Reformation and Martin Luther and many other "players" during that time. We start a class this Sunday night which will study that time period and I am really looking forward to understanding more about it. Your cookbook looks amazing and all the photos show delicious foods! Wishing you great success!

If you decide to do another printing, I'd love to purchase a book. Thanks!

AmyM -- we are compiling a wait list for some ordered and haven't paid and haven't picked up. If they change their mind, we'll have a few extra books -- email me and I'll be happy to put you on that list.

Well done! This cookbook looks excellent and sounds full of history as well as recipes.

I am also interested in being on your waitlist. Will send email. Many thanks. 😊

Unknown, where can I find your email address? Thank you!

Great reading these your posts. I’m happy that you shared this helpful info with us
Lingy.pro