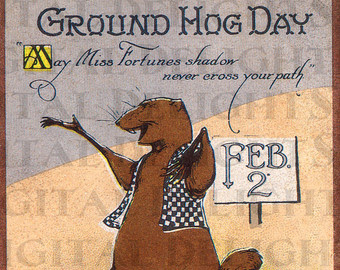 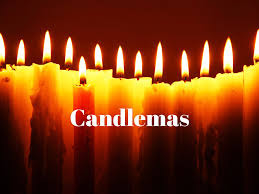 And the forecast is the same: 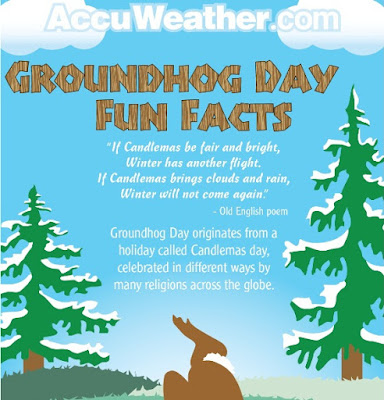 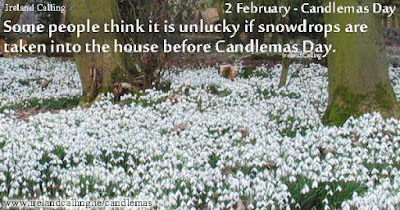 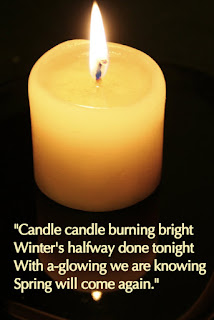 It is a tradition by some religions to bring their candles to their local church,
where they are blessed and then are used for the rest of the year.
For Christians, these blessed candles serve as a symbol of Jesus Christ,
who referred to himself as the Light of the World.

However, here, the celebration of Candlemas has largely been replaced in
the secular media by Groundhog Day! 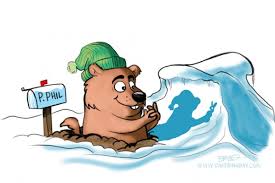 Groundhog Day is from the Pennsylvania Dutch
who believe that on this day when the groundhog
emerges from its burrow and it sees a shadow
due to clear weather,
it will retreat to its den and winter will persist for six more weeks.

If it doesn't . . .
(due to cloudiness)
spring will arrive early.

(It appears that it is an enhanced version of the lore that clear weather on
Candlemas forebodes a prolonged winter.)

Of course, the groundhog that forecasts the weather
is none other than the one who resides in
Punxsutawney, Pennsylvania
by the name of Phil.

It's a media circus as they take Phil from his burrow
and ceremoniously see whether or not
he sees his shadow.

To celebrate, we often have "ground hog" for breakfast! 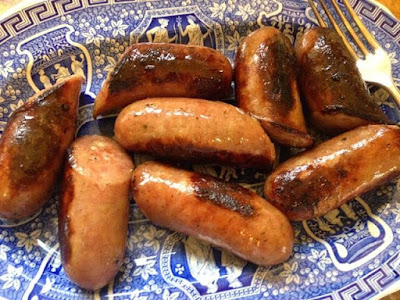 So that Spring may be right around the corner!

I was unfamiliar with Candlemas. Thx for sharing the info. Gail

I have never heard of Candlemas either. This post was quite interesting. Unfortunately, the final report is six more weeks of winter. :(