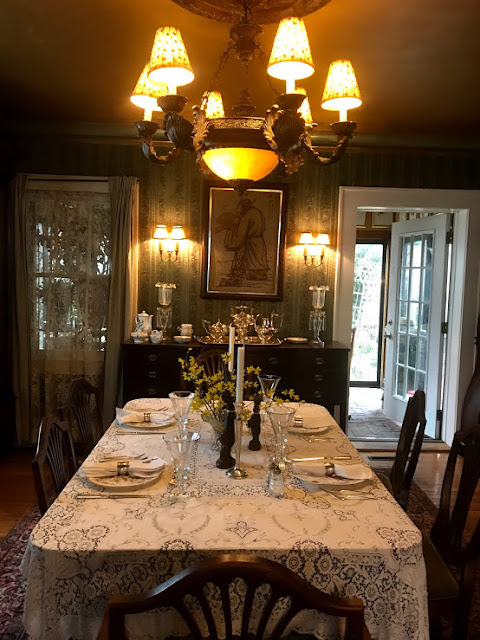 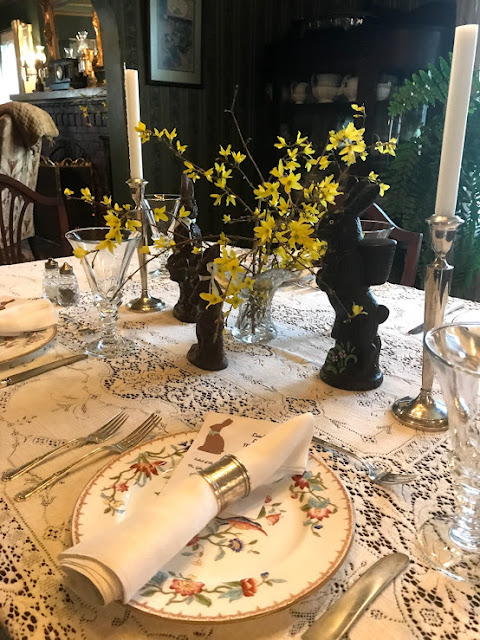 Since it is almost Easter . . . bunnies made their appearance on the dining room table
"chocolate" ones bought long ago on sale after Easter
A vase of garden forsythia lends a spring touch to the table
And candles in the silver candlesticks 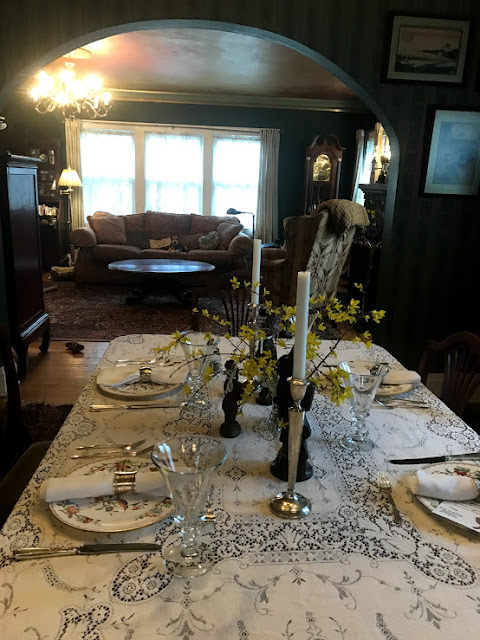 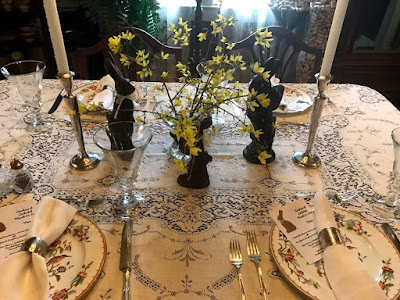 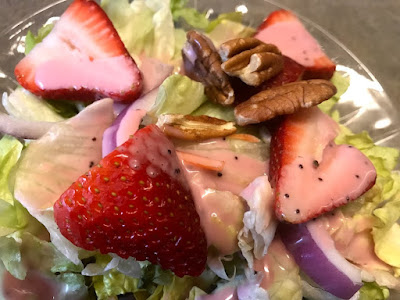 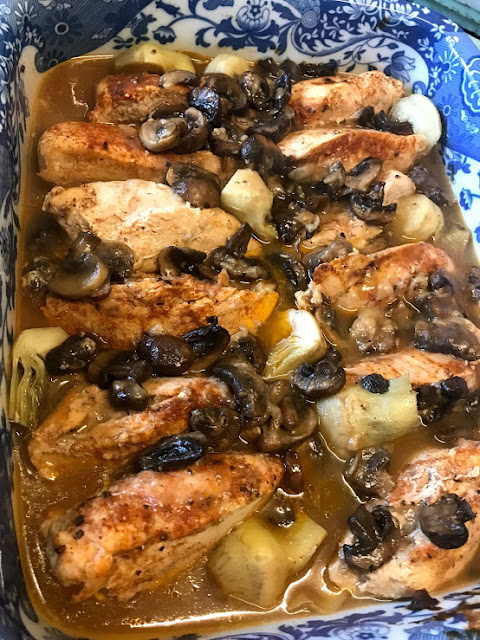 JoAnn's Chicken With Artichokes
(an easy but yet elegant recipe) 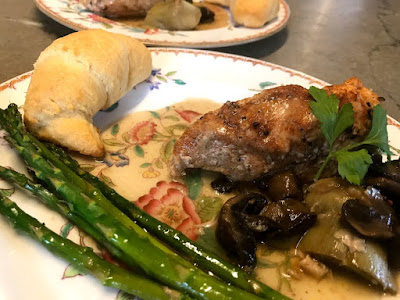 Served with roasted asparagus and a crescent roll 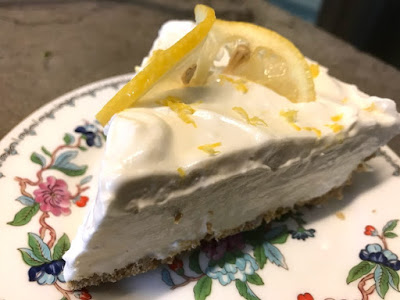 In the cookbook, it was called "Lemon Delight" but I renamed it
"Lemonade Pie"
It's tart, cool, tangy and sweet
And easy! 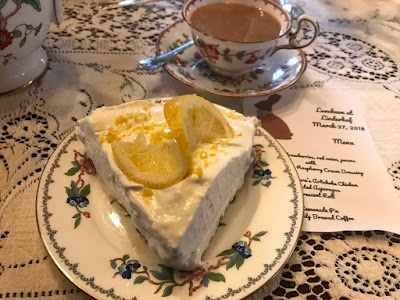 Decorated with lemon zest and a slice of lemon!
Served with coffee

The recipes all came from: 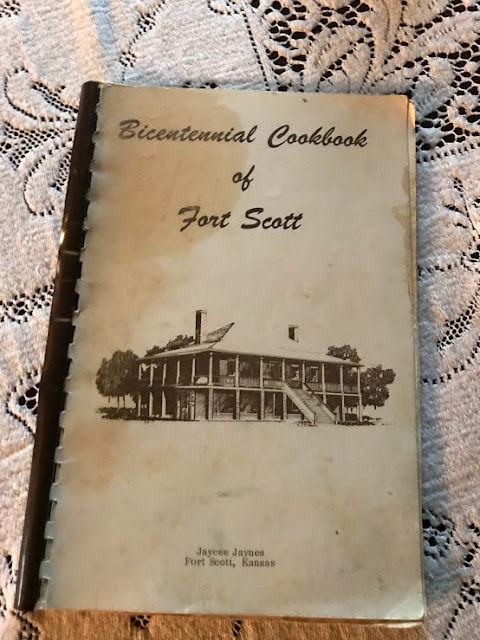 This cookbook
Not bought in 1976
(for I didn't live in Fort Scott then)
but had we lived here, I certainly would have bought the cookbook!
The irony?
I know so many of the contributors to this cookbook
I didn't know they were involved in Jaycees -- it's something they have never talked about
And husband Jim and I were also involved with Jaycees at the same time
Only in Missouri -- Nevada to be exact
Our women's auxiliary were not called "Jaynes" but rather simply "Wives"

We never published a cookbook
But a lot of my recipes in my own cookbook
are from those Jaycee days.
We worked hard, we partied hard
We ate a lot
And the wives were great cooks!
Posted by Martha at 8:39 AM