We were in the city yesterday
And one stop was by the nursery that has pansies! 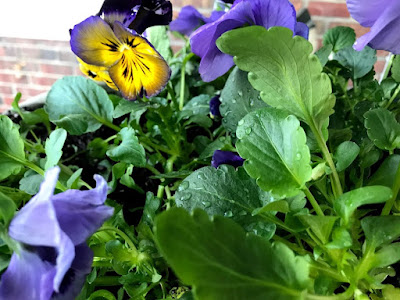 Purple ones this year
And some with yellow faces

I love my pansies
From March (and sometimes February) until June,
they fill the armillary planter in the garden, the back door planters and the window box in the back garden

How can you not like a flower that smiles at you?

Here are the pansies at Linderhof through the years: 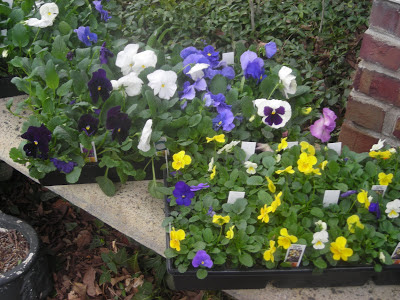 Pansies and violas in a mix of colors -- including some black ones! 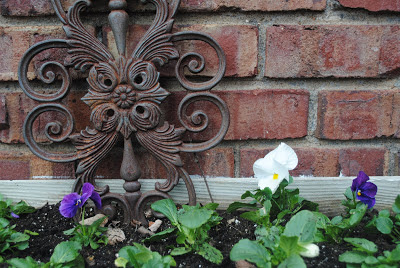 In the window box in the back garden -- faceless violas 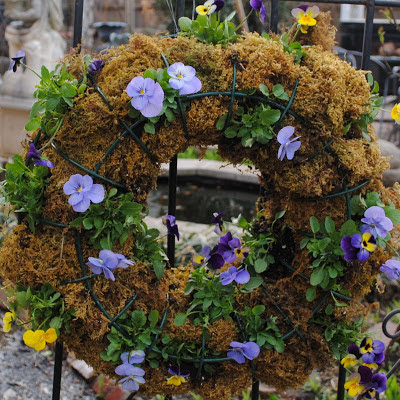 The moss wreath on the back gate
I've had it "forever" --
Sometimes I put it on the gate and other times on the table in the arbor
In 2011, lavender violas filled the wreath 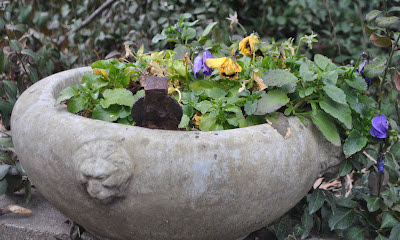 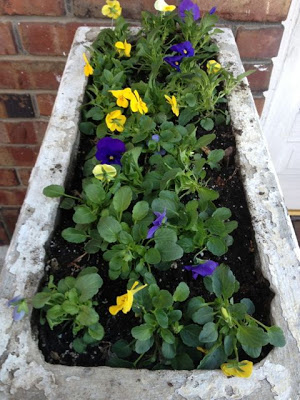 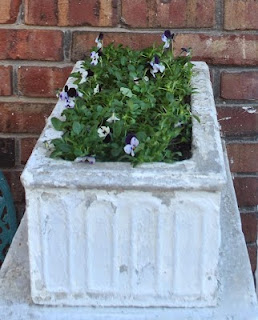 Violas with cute kitten faces in the planter by the back door! 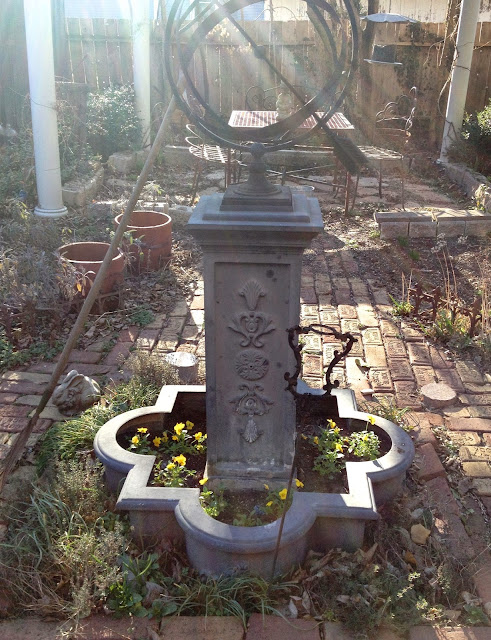 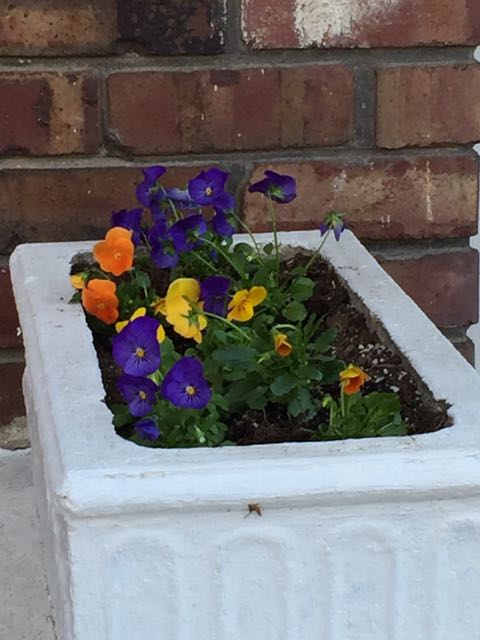 Multicolored pansies in the repainted planter by the back door! 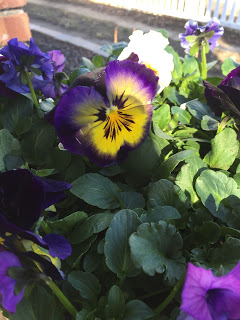 My favorite pansies -- purple with the yellow face!

I enjoyed by looking back at my pansies through the years.
I love my garden flowers and perhaps one reason I like the pansies so much
is that they're the first thing I plant every year.

But each Winter (in late February or early March)
they make my heart sing!
As I get to dig in the dirt once again after a winter indoors.

I'm so excited to dig in the dirt too. I planted Pansies last summer.
Ann

They're all beautiful! My favorites are your moss wreath filled with pansies and the armillary bed.

Your pansies are beautiful!