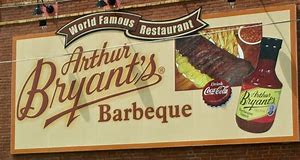 As a child, my family favored Bryant's
Often on a Saturday night, Dad would bring home a slab of ribs
We all were in heaven!

Jim, on the other hand, 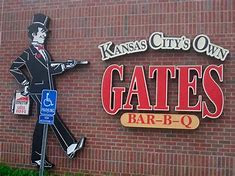 Those are the "granddaddies" of KC BBQ 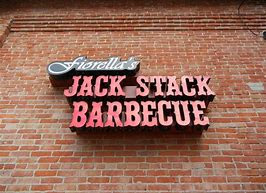 Which got it's start as Smokestack
located on Troost,
we didn't often get ribs there
but we did get the 89er
(called that because it cost 89 cents!)
And a side of beans!

The son of the owner took the Smokestck BBQ one giant step forward
into a small regional chain of restaurants
"Jack Stack"
But they have the same beans!

Because it's at the south end of Johnson County, we go there
more often than other BBQ places 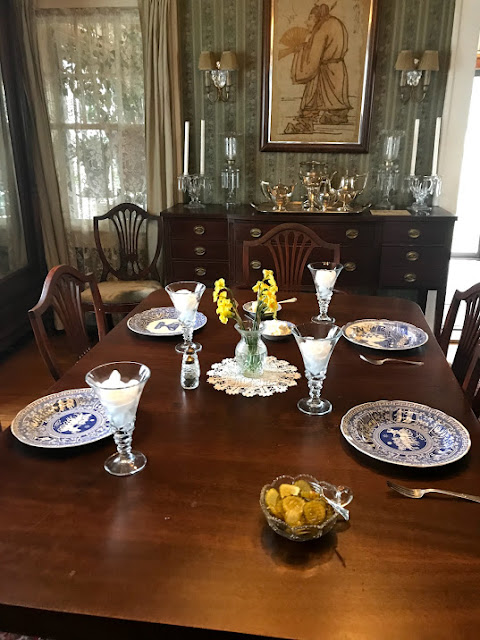 When we have company, it's the dining room
(Which in my opinion, is a bit formal for BBQ)
No tablecloth, BBQ is messy
No cloth napkins, BBQ is messy

But the blue and white plates and Jim's grandmother's cutlery 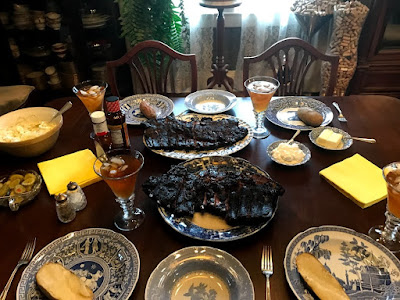 It was rib night
We had another couple over
A couple who love ribs
(Well, he especially does)
So we did a whole slab each
(and they took their leftover slab home!) 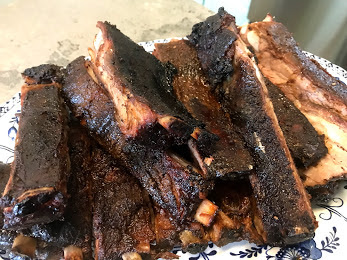 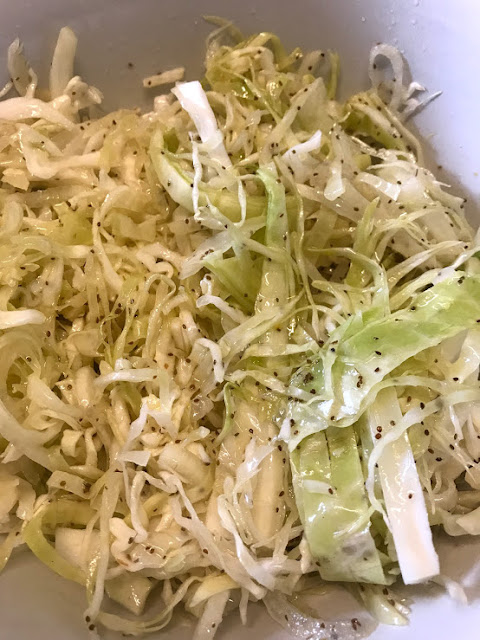 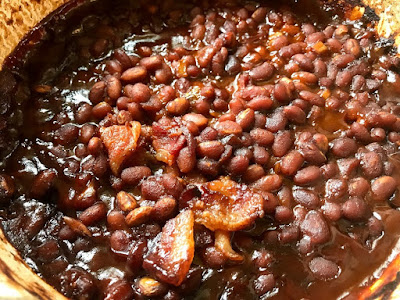 For dessert with friends: 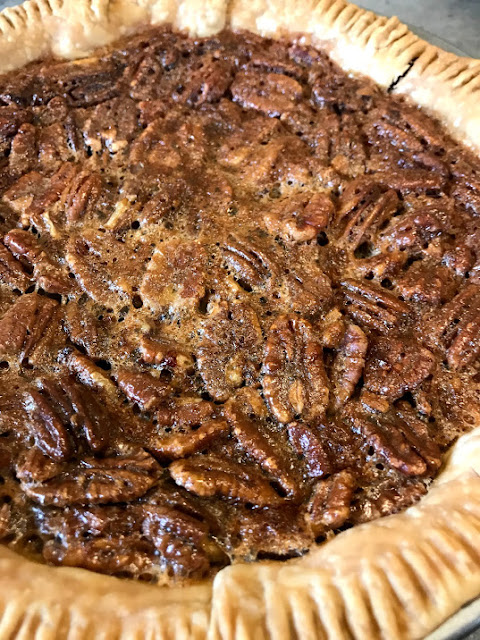 pecan pie
the husband's favorite
And they were our guests

Two days later, another slab of ribs (not each -- just one)
for my brother and his friend

Same sides -- BBQ calls for baked beans and coleslaw
(and if you have a potato -- fries)
(But Jack Stack has a cheesy corn that's also good with BBQ -- I have the recipe but don't make it nearly as often as I do the beans.    For not everyone likes corn) 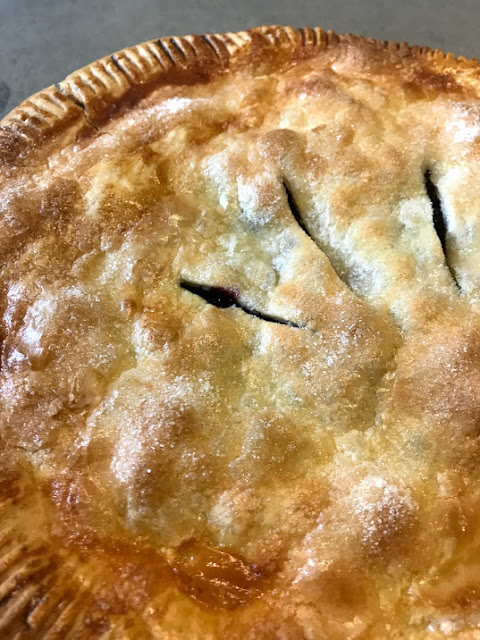 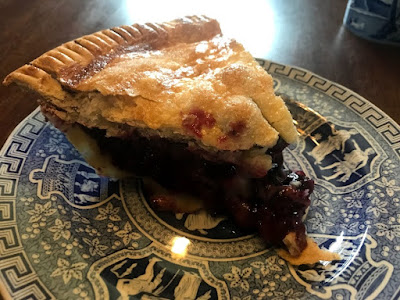 Thick slices and coffee rounded out the meal.

I do sometimes wonder why we even bother to eat BBQ out --
Jim's is great BBQ!
Posted by Martha at 4:46 PM

Your menus never disappoint! Looks so, so good.

O My Goodness! Everything looks so good! Great pecan pie!