We gathered at Angela's
Here theme: 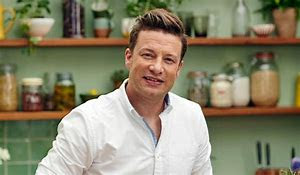 I don't think many have cooked from Jamie Oliver --
I know I haven't -- I've only made one thing of his: 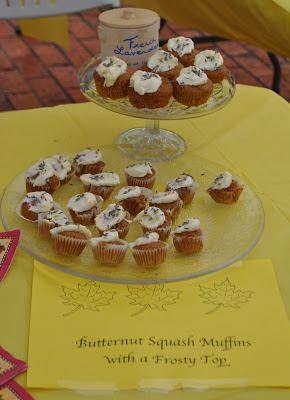 Butternut Squash Muffins with a Frosty Top
I copied it from a bookstore cookbook because it looked good
And it is!
I've made them many times and it's one of my favorite muffin recipes!

But tonight wasn't about old favorites -- it was about
Jamie Oliver 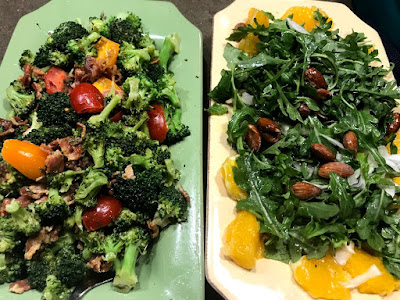 Belynda
brought two salads
A broccoli one and one with fennel, arugula, orange, nuts
Both with vinaigrettes (although different)
We thought them both very good! 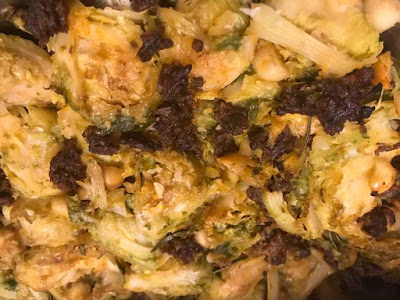 Liz
brought Squashed Brussels
Brussels sprouts are so British but this was a great way to fix them
And since we eat a lot of Brussels sprouts, I'm sure this will soon wind up on the dinner table at Lindehrof! 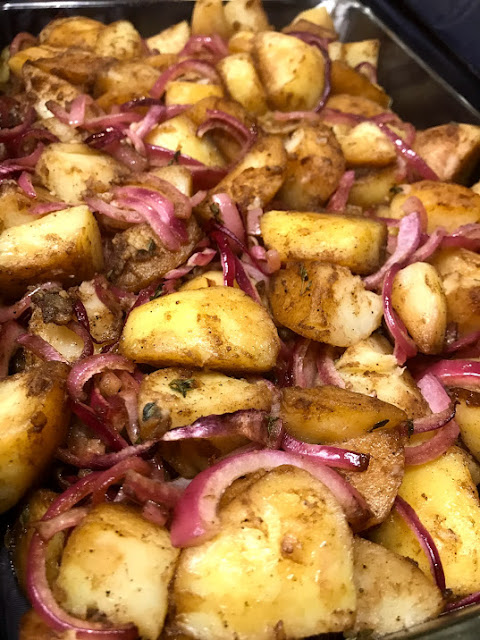 Rita
brought Balsamic potatoes
Probably the best potato dish I've had in a long time
And again, I will make these!    They are different, really tasty
And I think would go well with summer grill meals! 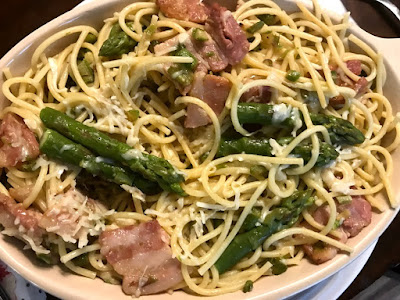 My contribution.    It's the "Kansas" version of Jamie Oliver's
Asparagus with Tagliatelle
for our stores had no tagliatelle (so I used spaghetti)
and had no pancetta (so I used bacon)
But the flavor was good and would be a wonderful
first course for a dinner party
Or a great spring lunch dish! 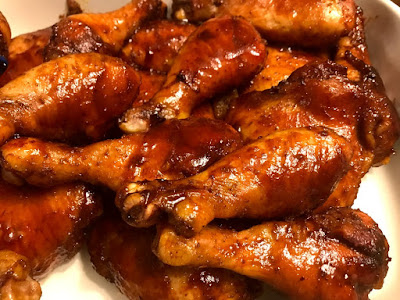 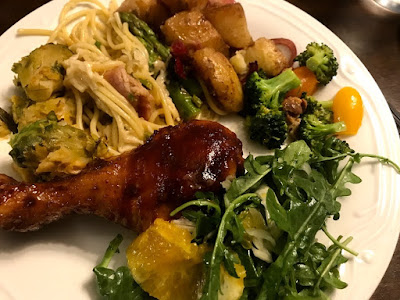 The dishes made for a nice plate of food
We all said that this was THE BEST Cookbook Book Club meal
(but we say that every month!
Because IT IS!)

But no dinner is complete until dessert 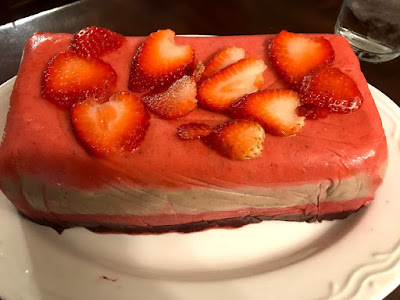 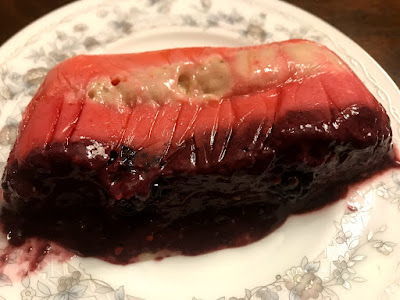 The layers made for a pretty presentation
And it was the perfect end to this lovely meal!

We were all impressed with Jamie Oliver
The simplicity of his food
The taste of his food
The uniqueness of simple ingredients made into a fantastic dish.
It was definitely a good choice!

And if it hadn't been for the Cookbook Book Club, I
would have never cooked anything from Jamie!
But that's the purpose of the club --
to stretch our culinary horizons!

It should be interesting --
for unlike most months, we've not got assignments --
it's a true potluck -- bring what you want!

When we lived in Texas, four couples did a cookbook club. It was a great idea. I'm tempted to try that here but not sure about the interest. We do love getting together for meals though. I'm looking up some of those recipes since I don't have any of Jamie's cookbooks.