Friend Shirley Ann and I have been celebrating birthdays a long time
In fact, the first birthday we celebrated together was her 27th
When we worked, the birthday girl got taken out to lunch
(on our lunch hour)
After we retired, our birthday lunch became an adventure
We've traveled all over
Way east into Missouri, the Lake of the Ozarks, Carthage, Greenwood,
Harrisonville, Joplin, Springfield, and Kansas City

And she recommended it

But it's been a long time for either of us
(in fact the black sideboard in my breakfast room came from Ozark --
and that was the last time I've been there!)
And so our adventure began 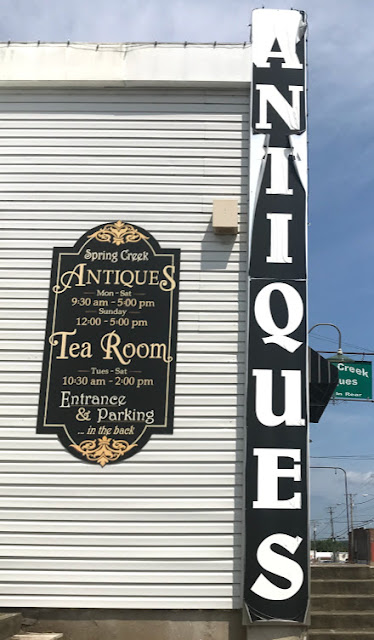 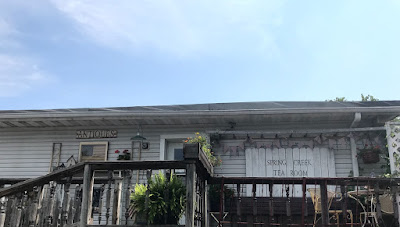 It's a tea room and antiques
What more could we want 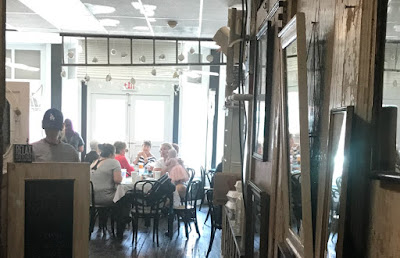 We were told to get there early
(when it opened in fact -- and with instructions of no breakfast for Shirley Ann,
we did get there at 10:30 -- we were seated immediately but as we  sat there
we saw that the tables filled, some tables were turned, and yes --
if you don't want to wait -- 10:30 is the perfect time to arrive) 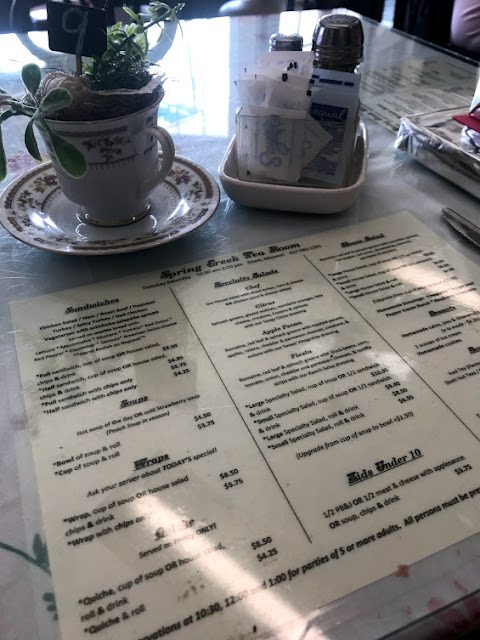 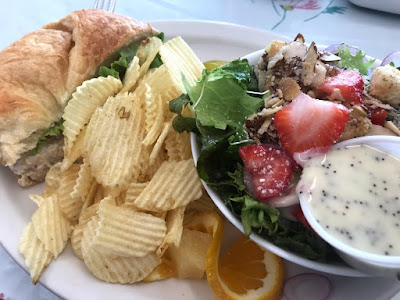 We both chose the chicken salad on croissant
served with chips and we both chose their salad
with homemade poppy seed dressing
(the serving size was perfect, the salad "divine" and the dressing superb!)

And, of course, since it was birthday
Dessert was in order! 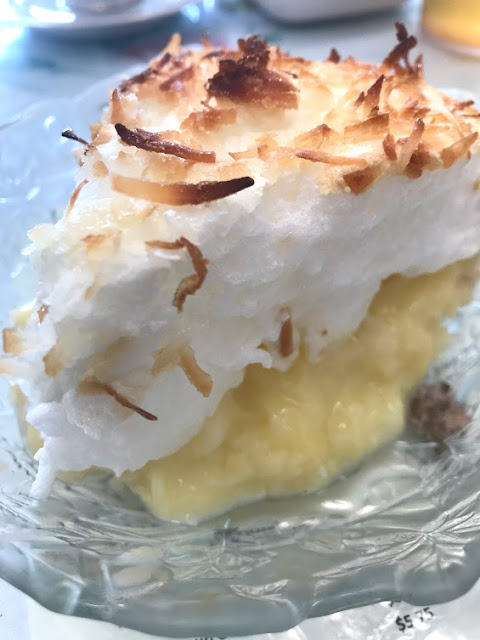 We both chose coconut cream pie
We favor meringue instead of cream on the top
(and after getting a few too many pieces with cream instead of meringue,
we always ask.
In our world, it is meringue and only meringue and it must be at Spring Creek as well
for the waitress gave us a "why did you ask that question -- it's supposed to be meringue"
kind of a look)

We'll be back
(even though it is a 2+ hour drive)
It was that good!

Oh, and the antique part
was a wonderful mall
Shirley Ann found nothing
(although we admired several things) 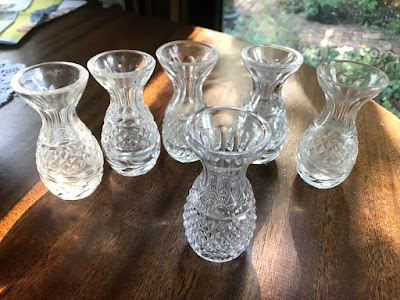 Me, I found my sixth wee Waterford vase
My limit has always been under $20
and I was thrilled that this one was a mere $6!
(they're nice for individual flowers at a table setting --
or for wee bouquets of pansies or violets in the spring)

We visited the other antique malls in Ozark
and had a grand time
As one should for one's birthday!
Posted by Martha at 5:53 PM

Oh great Martha and yes - I chose the same pie! I thought their food was terrrfic. I enjoyed your photos and thoughts!

Oh how I wish they had a Tea Room somewhere near where I live. I would love to visit one someday. Your tea luncheon looks delicious and I love the newest flower vase you brought home with you; it makes for a very nice collection!