Donna was hostess this month
Her choice 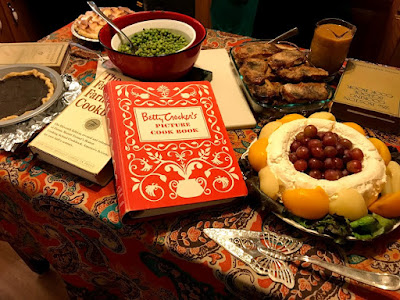 The food, as always, was fantastic! 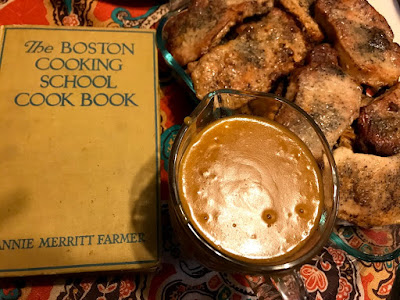 Donna's entree was pan broiled pork with gravy
from the original Fannie Farmer
(which is simply called The Boston Cooking School Cook Book!) 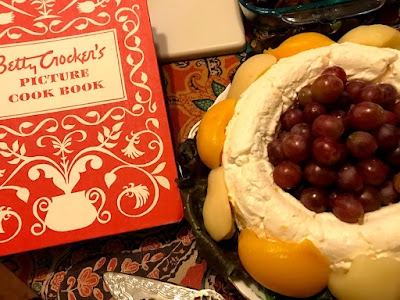 Barbara brought a salad
Cream cheese ring with fruit
from Betty Crocker's Picture Cook Book
(can't you just see it on a ladies lunch table in the 30s or 40s)
Salads today don't come like that! 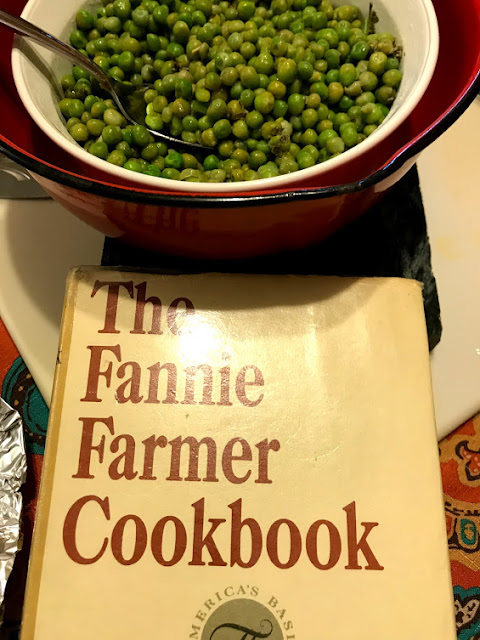 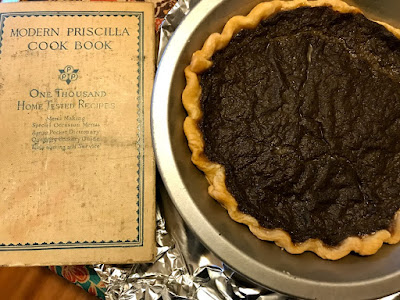 It's not chocolate pie -- it's coffee cream pie!
From the Modern Priscilla Cook Book
which I got in Minnesota in February
It was the oldest book last night published in 1924 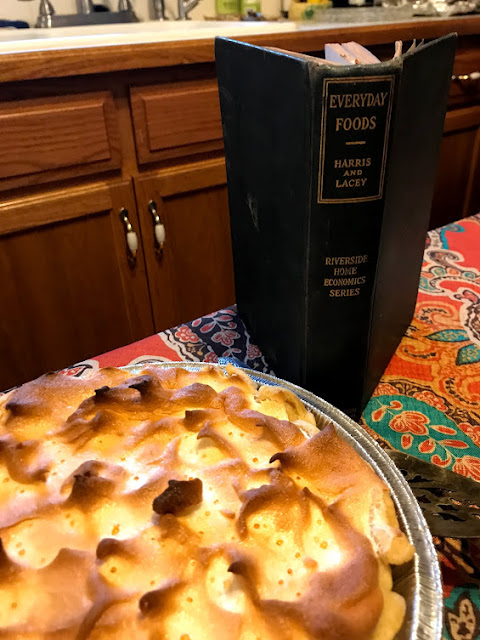 And my favorite story
Michelle's husband's aunt's cookbook
Everyday Foods
her home-ec text book from high school
It has her name, date, locker number written on the inside cover
What a treasure that is
And it was published in 1927!

Lots of text, lots of illustration and then recipes
So that every high school girl could learn things properly
And have recipes to make a husband happy! 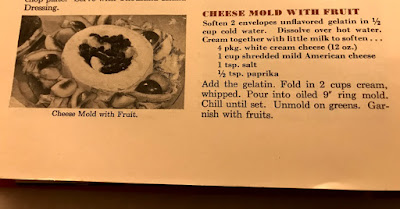 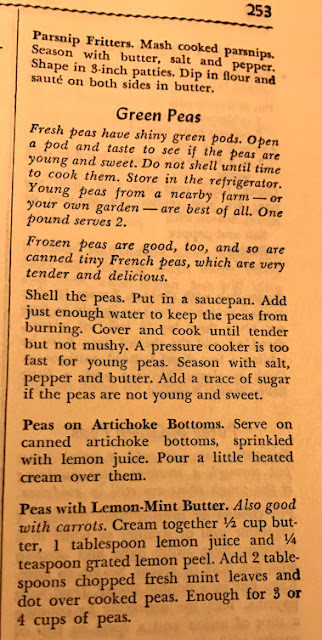 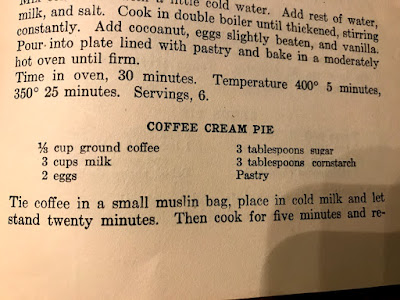 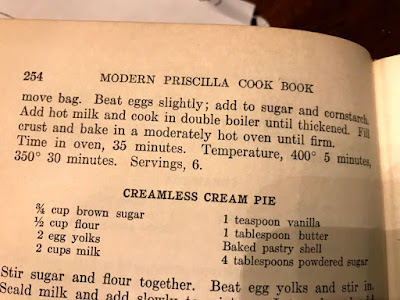 The Modern Priscilla Cook Book
provided the recipe for Coffee Cream Pie
(I did serve it with big dollops of whipped cream)
I've never head of coffee pie and so I was intrigued
(the book also had a recipe for cantaloupe pie and I almost made that!) 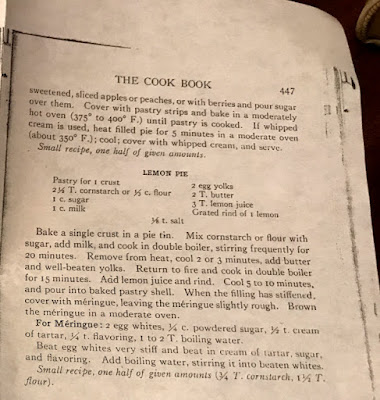 Michelle makes lemon meringue pie a lot
But not with this recipe
which she, like me, found daunting in using a double boiler
And she, like me, felt that it took longer than forever for the mixture to thicken!
But we all felt that it was a really good lemon pie!

We had a grand time and are looking forward to our next adventure
which will be with Ree Drummond
The Pioneer Woman
for we're hoping that sometime next year we can do a road trip
to Oklahoma and visit both her restaurant and her lodge.

I love this idea and collect a lot of old cookbooks...Do you ever watch Townsends on YouTube for their early American cooking videos?

I especially love the instructions to cook in a "hissing hot" frying pan. You ladies are so creative with such fun ideas for your group!