After September's Pioneer Woman,
we decided to do Ina for October 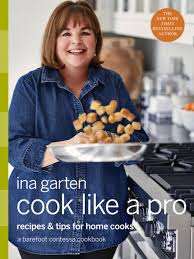 Her newest book came out on Tuesday before our Club Meeting on Thursday
(and several of us pre-ordered and so it arrived on Tuesday!)

So we got to travel to Sheldon with our dishes
What fun!

We started with appetizers 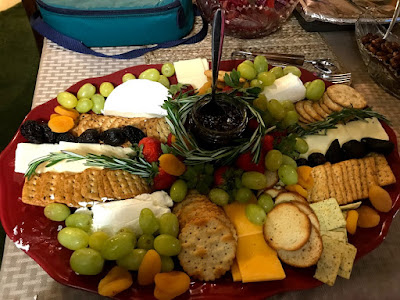 We all agreed that it was picture perfect
And oh, so delicious! 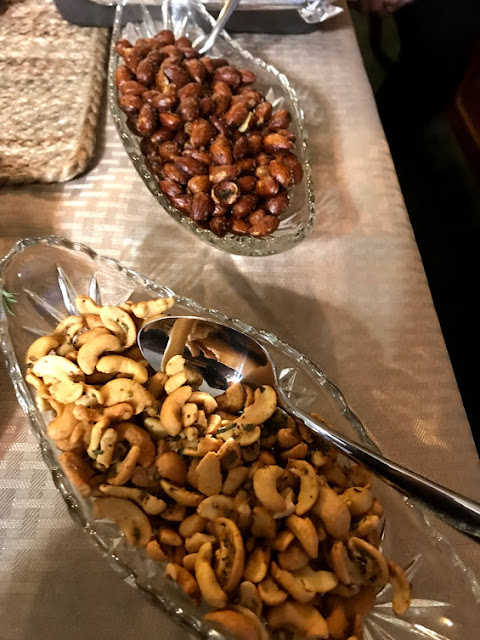 She also brought Thyme Roasted Almonds and Rosemary Roasted Cashews
(I think many of us could have taken those dishes and just went to a corner and ate!) 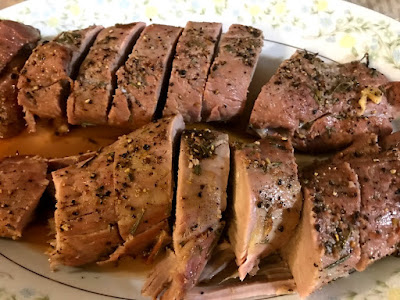 Cider Roasted Pork Tenderloins
Not from a book but from her television show.
Barbara (for the hostess always provides the main course)
cooked them to perfection . . . and as she said it was easy.

She also served them with a wonderful pineapple chutney
which --
a) I forgot to take a picture of
b) I forgot to get the recipe for
But it was delicious -- that bowl of chutney made it's way around the
table at least three times! 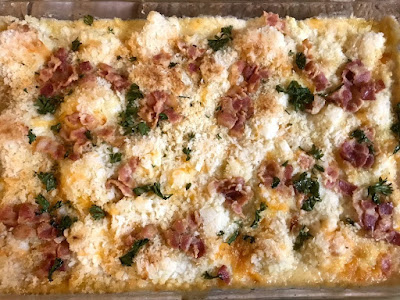 In today's lo-carb world, this definitely would take the place of either mashed or baked potatoes
It was so good and I'm not sure Rita had any to take home! 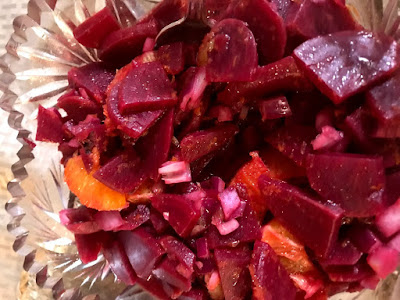 One of the things we try to do is NOT make anything we've made before and I've cooked a lot from the Barefoot Contessa cookbooks.

And our cookbook club are beet lovers!
Every. Single. One. Belynda is not a bread baker -- did she say this was the first bread she's every made?
Well, it was fabulous . . I think there were only crumbs left!
But it is the purpose of the cookbook club to have us stretch . . .
And bringing bread certainly allowed Belynda to! 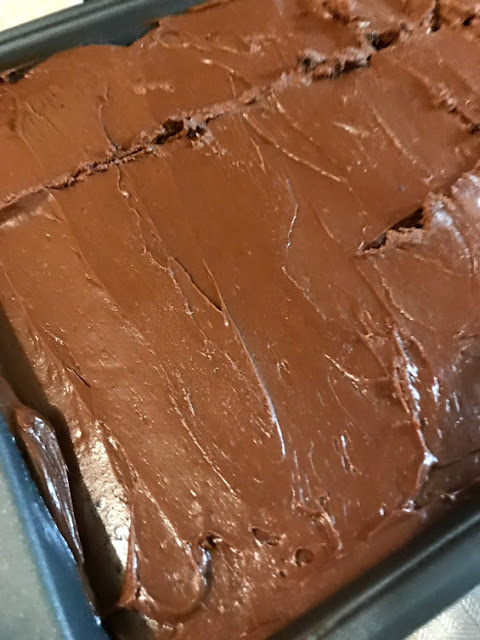 It is a great chocolate cake.    Rhonda chose to make it in a 9 x 13 rather than as a layer cake
which was good because
1).  we all only wanted little pieces
2).  It travels much better that way!

(became our second overachiever of the night!   She brought two desserts!) 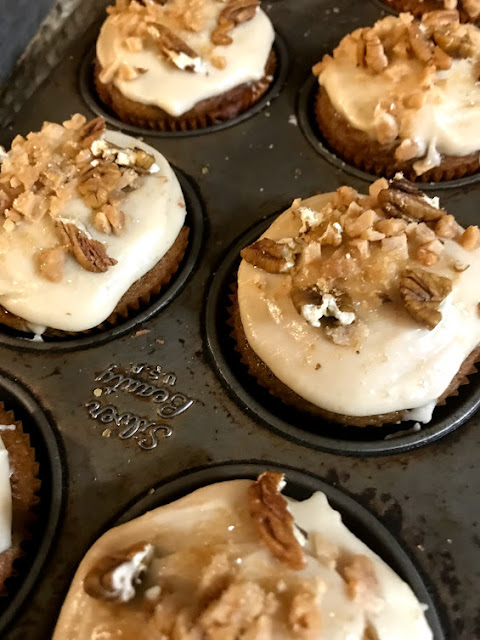 Oh, my were they good!
Definitely a dessert to consider for Thanksgiving! 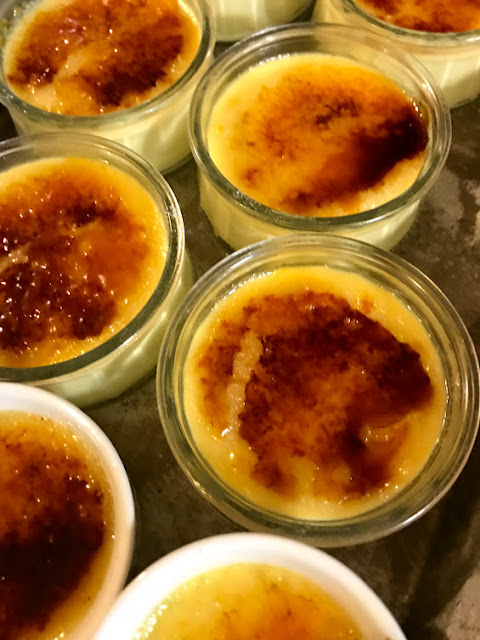 Creme Brûlée
Michelle had never made it before
but you would never know it -- it was as good a creme brûlée as I've ever eaten!
Not having a little kitchen torch
(and not wanting to buy one)
Her husband came to the rescue with the blow torch from his tool room!
A torch is a torch! 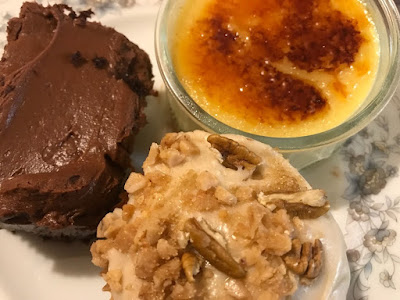 Nothing like a trio of desserts to end the evening! 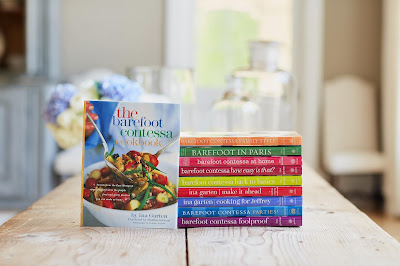 We enjoyed cooking with Ina
Her recipes are definitely easy
But sometimes she uses ingredients that are not available
in little towns in the midwest
which limited our choice of recipes.

We cooked with her once before
(our first year)
and I'm sure we'll cook with her again!

It's always bittersweet to see our Cookbook Club year end
But we meet on the last Thursday of the month
and Thanksgiving and Christmas get in the way
So rather than try to reschedule, we just skip those months.

And in January it's always good to get together again!

Barbara was a wonderful hostess and we always enjoy traveling
there and she likes to host our last meeting!

In January we're turning things upside down and inside out!

I too enjoy Ina’s cookbooks! A dear friend got me started on them years ago with the first book. Never had a failure. Tell your friends that there is an index online of all her books & recipes. I started to compile my own and got a few books all transcribed until I discovered somebody else had done so. This reference is so handy.
Those seasoned & roasted nuts are delicious, especially the cashews!
Wish I could have been at your delightful gathering to share and enjoy, keep up this tradition!
Joan L. K. M., Waterloo, Iowa


I love Ina Garten, but never had a book. I make her recipes thru internet or pinterest, but hey, I love books the most. I am going to go to Miami on December, so I will get me my first.
Thanks for sharing.
.
Fabby

Thank you for the good and very helpful information. It is very interesting. I love all the things you share and see your beautiful creation.
Gclub

Ina Garten is great! I also have ALL of her books, my favorites are At Home and Family Style. I couldn’t do without that Beef Bourguignon recipe from In Paris, either. I just love these dinners you and your friends share! I may have to see if I can round up some friends who would like to create our own group. Thanks for sharing all of these delicious-looking dishes!

Martha,
YuMMy!
Lovely choices!
I try often to watch Ina on the Food Network.
I agree, even I have trouble finding
some of here ingredients here on my side of the Prairie!
Parting will be bittersweet, but absence does makes the heart grow fonder.
Oh, look at the amount of time you'll have for finding new recipes to share!
I vote for "Pineapple Upside Down Cake"!
Pat

I always enjoy your Cookbook Club posts! And this one was very timely, especially the suggestion to make Beatty's Chocolate Cake in a 9x13 pan. I made it on Monday for my husband's birthday yesterday -- SO good. It was portable enough for him to take to campus to share with his colleagues and graduate students. This recipe is a keeper!

Wow this looks so delicious.. what a great cookbook group!