As night turns to day,
on Columbus Day
the houseplants come inside for the winter

The reason?
It's still warm outside and they can get used to the lower light before the
drying heat comes on.
Oh, there's been a few years that we've had to rush them inside before Columbus Day
as temperatures plummeted
But I must admit that is rare

But I also like the house come fall
When the plants come inside! 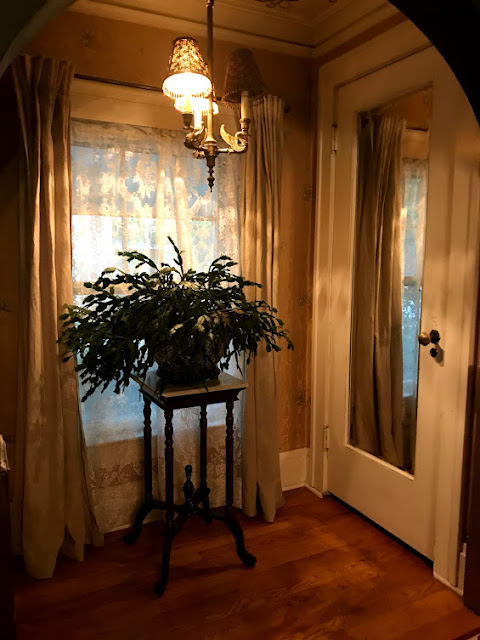 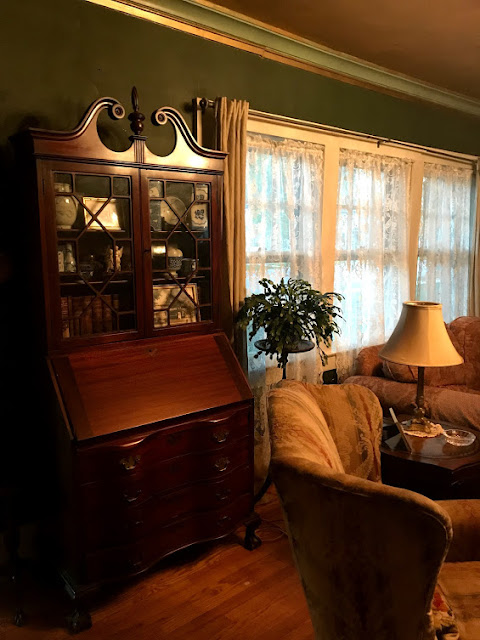 I always think of this as Becky's Christmas cactus
Given to me by friend Becky
It has grown leaps and bounds
It was one of those tiny little things that grocery stores sell --
It's a real plant now! 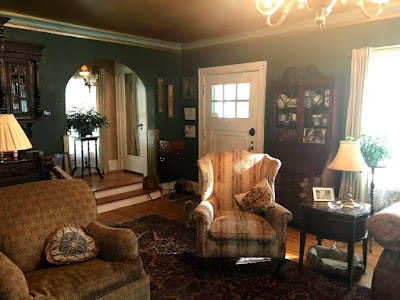 I like the touch of green
It takes the house seem more alive! 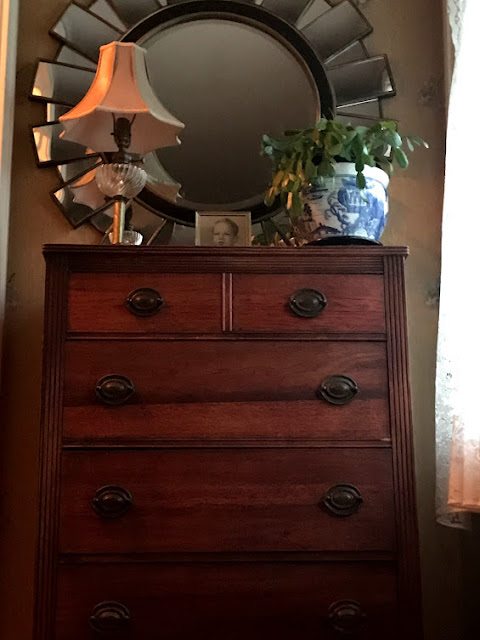 An Easter cactus
Bought because every bed and breakfast had them when we took a Lenten trip to Germany one year
And I'd never seen one here!
It came from Sam's and although it bloomed when I bought it -- it didn't the following year!
Will it bloom next spring? 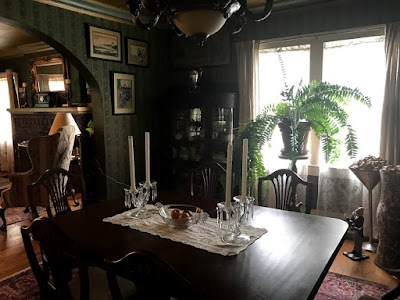 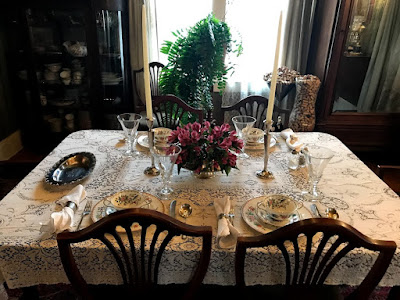 For last year it was a bit lopsided
as Husband Jim put it on the baker's rack on the patio
And it grew out but the backside didn't!
There wasn't room! 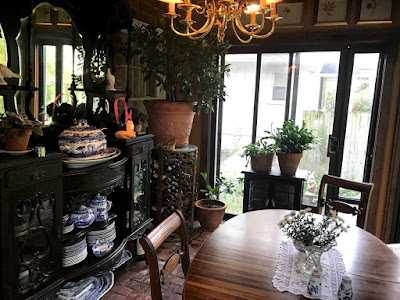 And one of the reasons we have all the doors in the breakfast room
For the plants!
The Calamonda orange (bought in 2003), the Meyer Lemon (not old and this year we'll get a lemon or two -- I can't say that every year)
And the Christmas cactus that Jim got me for our anniversary last year
It was so thoughtful of him!

And it is a busy day for not only do I haul all of those pots in
But I also haul all the plant stands up
(for they summer in the basement)
And I haul all of the porch stands down!

Since most holidays are associated with food at Linderhof,
Columbus Day is no exception 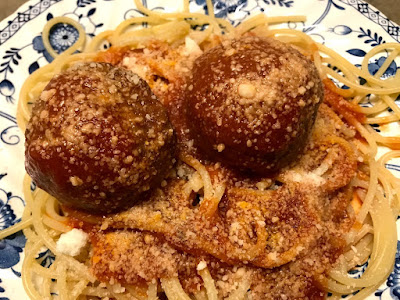 It's meatballs and spaghetti! 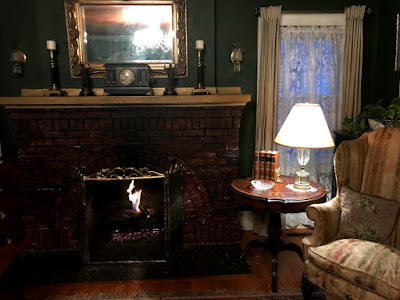 The first fire of fall!
Posted by Martha at 7:51 PM

I'm sure your plants will be happy to be inside when cold winds blow. And you will enjoy seeing them.

If we had an open fireplace, I'd been tempted to use it tonight as our temps are dipping and it snowed. Yours is lovely.
Blessings,
d

Please let me know if you're looking for a author for your site. You have some really great posts and I feel I would be a good asset. If you ever want to take some of the load off, I'd really like to write some content for your blog in exchange for a link back to mine. Please send me an email if interested. Thanks!
royal1688