Needlepoint Pillows -- The Internet is Wonderful!

When I was young and first married,
we lived in the city
We had one car
I rode the bus to work
That 45 minutes, I decided, would be a good time to do handwork. 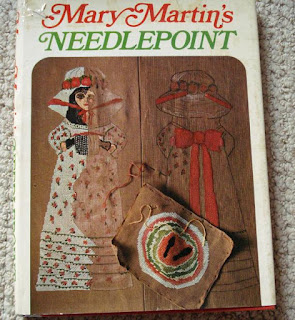 And I became enamored with needlepoint

That, would be my handwork. 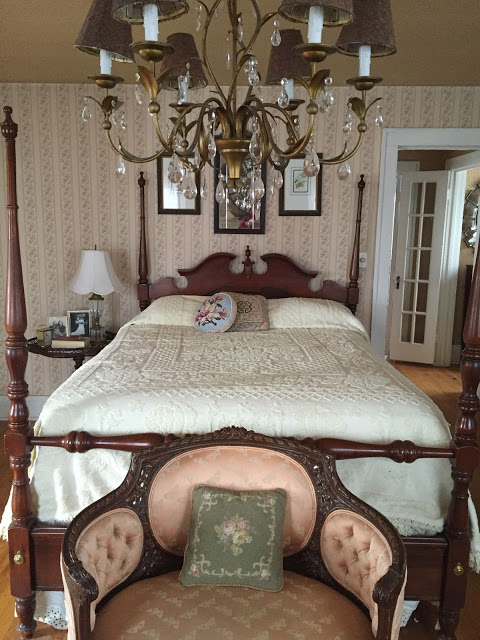 I still have it!
It's a sweet little pillow and I still adore it!

And over the years, I got braver and went from just filling in background
to actually doing all of the pillow: 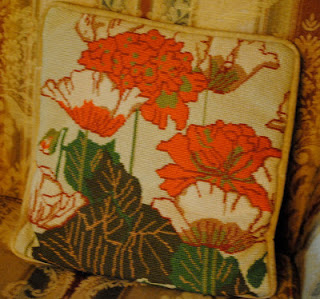 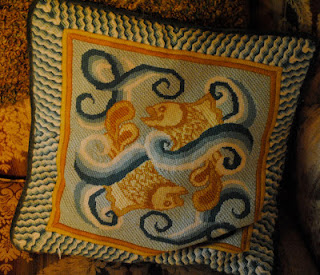 Fish
(A charted design rather than a painted one)

And then I became a Mom and life got in the way.
I put away my needlepoint 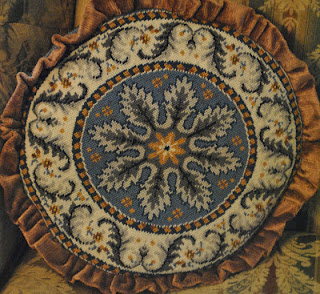 It's still a favorite pillow 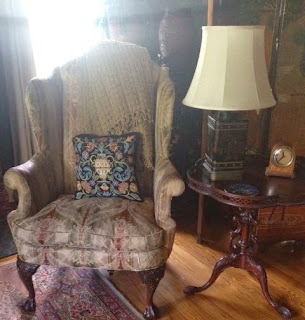 Husband Jim gifted me with this canvas one Christmas 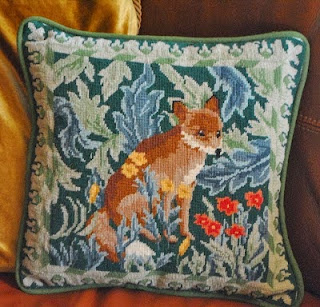 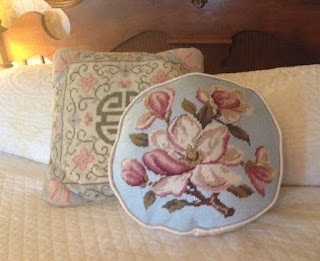 Shamlessly, the Oriental pillow was a flea market find
But the magnolias was not

And I learned on that transatlantic cruise from the British travelers
that I was doing a tapestry cushion
rather than a needlepoint pillow! 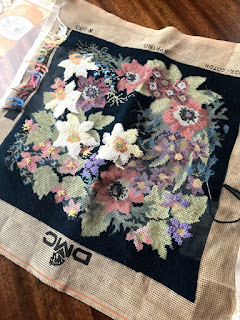 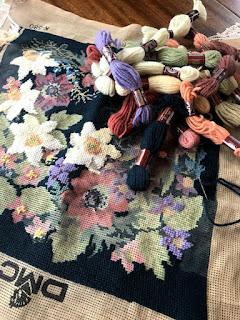 And it came with thread
Thread still in it's wrapper! 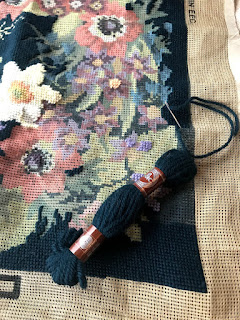 However, there wasn't a lot of background wool.
I figured if I could get around the outside of the cushion, then I could
use a similar but different color for the middle section.

But as I stitched, I found that I didn't even have enough for the outside . . .
What a bummer!

Then I checked on Etsy
I had the color number and the brand
A simple search of DMC Tapestry Wool No. 7925 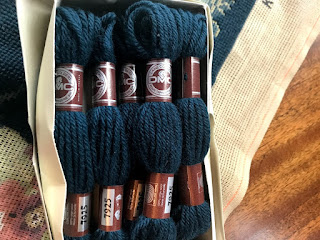 I bought it and hoped that the color was close
(you know that anything (fabric, thread, tapestry wool, wallpaper) not from the same
dye lot is not always a good thing! 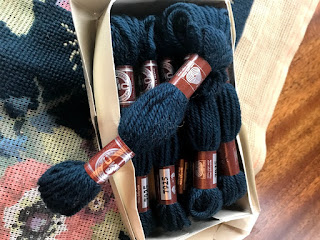 But this one worked!!!
You can't tell them apart! 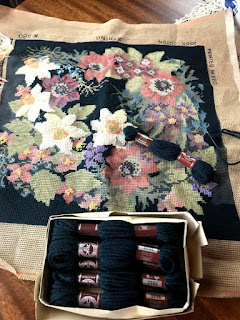 How great is that!

So now I'm madly stitching away at my latest tapestry cushion!
Posted by Martha at 8:16 PM

"How great is that?" Really great! I loved seeing your beautiful "tapestry cushions," Martha. My favorite is the fox one from England. They really are beautiful! Love the geraniums too. There is something vibrant and full of life about a handmade needlepoint pillow.

We share yet another passion Martha. Cooking and stitching!

I have been doing needlepoint for over 50 years and it not only provides me pleasure while stitching, but also allows me to feel that I am accomplishing something when watching TV.

My greatest accomplishments are two Elizabeth Bradley carpets, one consisting of 4 four season squares joined togeather with accompaning seasonal bell pulls and the other is of 4 botanicals with a ribbon border. Have you seen their offerings online? My Labour’s of Love!

My daughter is my stitching buddy and we are constantly sharing projects and ideas as we work on offerings from some of the amazing talents we have come to know throughout the US, and who ‘enable’ our craft.

Thank you for sharing...
Susan

Beautiful work! The round pillow and the fox are my favorites -

I would like to thank you for such a good post, I like such things to read. Good job.This article is very interesting for me. Great that are such blogs.