We're growing as a club
Testing our wings
Trying new dishes that just are new recipes in our comfort zones.

Now it didn't have to be the star of the show,
it could be an herb or a spice in the recipe
But it had to be something that you've never cooked!

We always say this, every cookbook club night,
but last night, the meal was absolutely perfect!

Rhonda
had appetizer and she brought two
(Yes, we do have some overachievers in our group) 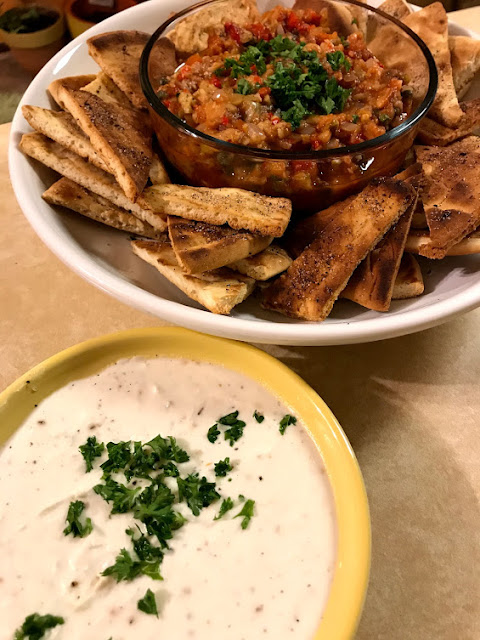 Rhonda had never cooked an eggplant before!

Both were delicious.     And she brought very little of either home!
I think some of us will definitely be making both of these dishes this summer!

Our Main Course:
Belynda
fixed a stout coffee rubbed strip steak
(for she was fixing scallops and was afraid that some might not like them) 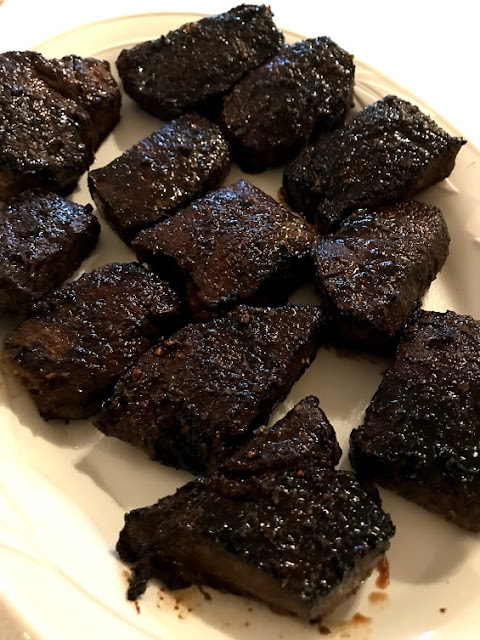 And grilled scallops with a saffron aioli 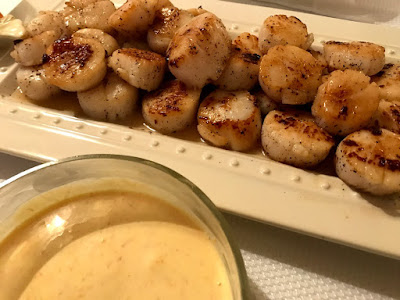 Belynda had never cooked with stout nor used saffron

OMG, either of those entrees would have been perfect but to have surf and turf
for cookbook club, we thought we died and went to heaven.
The aioli was perfect with the scallops and Belynda also used a reduction of stout as a sauce for the meat.
(I personally could have taken the platter of scallops and the bowl of aioli and went over to the corner and ate . . . growling at anyone who came near!)

Donna
Had starch and there are only so many starches and who hasn't cooked them all!
But Donna had never fixed orzo
So Donna being Donna, she made two versions 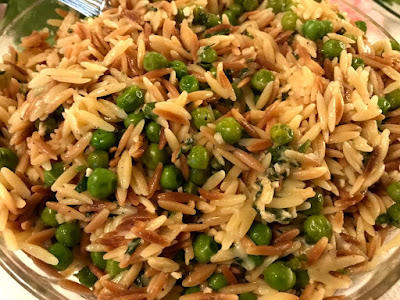 A lemon orzo with Parmesan and peas 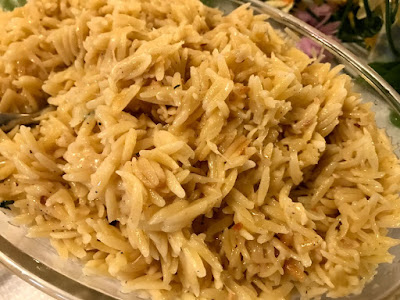 Donna had never cooked with orzo

Both were good and I think we batted back and forth as to which was the best.
They were the perfect starch with the steak and the scallops!

Martha
had vegetable and she chose celery root puree 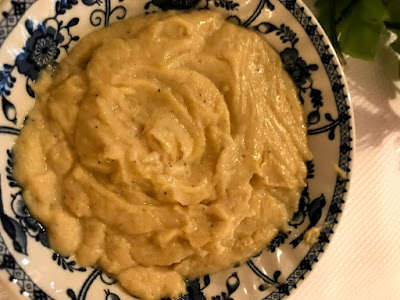 It was creamy and good and simple to make.
The interesting thing is that Ina has a recipe for scallops with celery root puree!
Unfortunately, celery root is non-existent in our little town, sigh!
It's a lower carb food than potatoes and I could see this puree taking the place of potatoes! 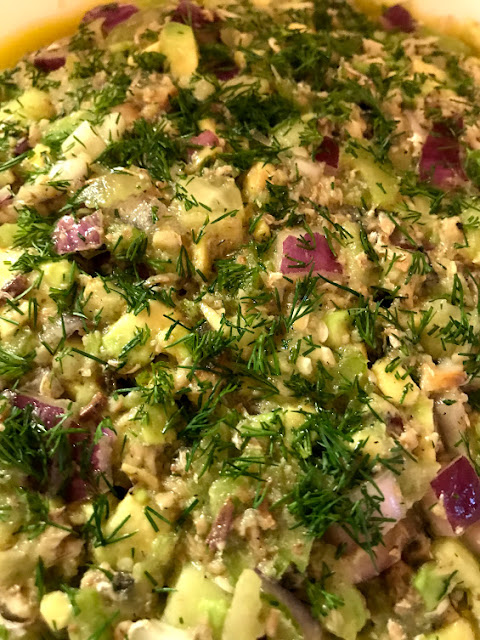 Many of us had never eaten sardines.     And if we hadn't had cookbook club and a sardine salad, many of us would still be saying that we've never eaten a sardine!
But one of our rules is that we must try everything.
Not eat a lot but at least taste and those who don't like tomatoes or chocolate,
will sample a dish even if it contains those ingredients.
And those of us who had never had sardines thought they they didn't taste all that bad!
Thank you Sara!
(Of course, we're not saying that any of us will be going out and buying a can of sardines to eat but we were glad for the experience!)

A coconut cream that was to die for 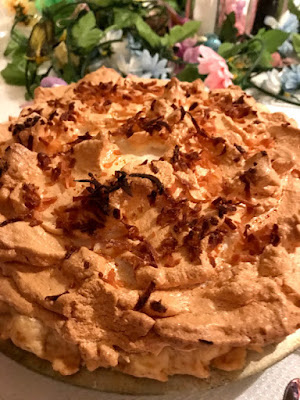 But Michelle makes a great coconut cream
Notice I said "makes" -- and yes, this was a tried and true recipe for the pie itself.
But the crust contained vodka!

Michelle had never cooked with vodka
(And I'm not sure if she's even drank any!)

And an apple pear bread pudding 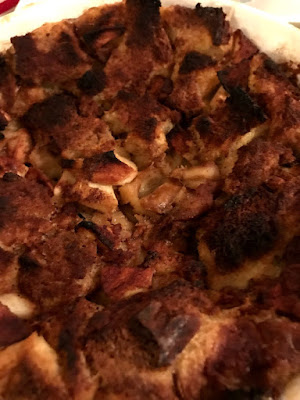 Served with homemade apple sorbet
OMG, was it ever good

Michelle had never cooked with pears! 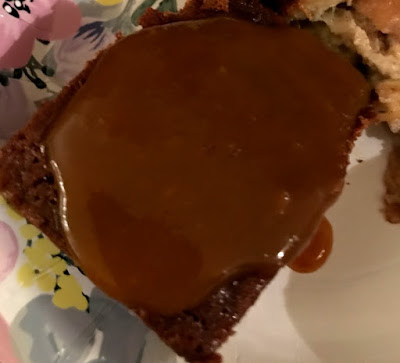 We all thought it was quite a feat and way too much work
but we were glad that Rita did it and we got to eat it!!!!

As always it was a fun evening and we're looking forward to April.
We'll be back in a cookbook --
Joanna Gaines Magnolia!
I have appetizers and I'm already trying to decide!
Posted by Martha at 10:44 AM

I love reading about your cook book club meetings and this was an inspired theme.