Afternoon Tea with Another "Tea Cupper"

I belong to a facebook group entitled
"Tea Cups and Cupcakes"

It's about all things tea
and members share their tea ware, their tea food, their tea experiences
and even their recipes.

In talking about a tea room in Ozark, Missouri,
I found not only a kindred spirit but one who lives in Kansas City!

And last Friday we decided to meet up at 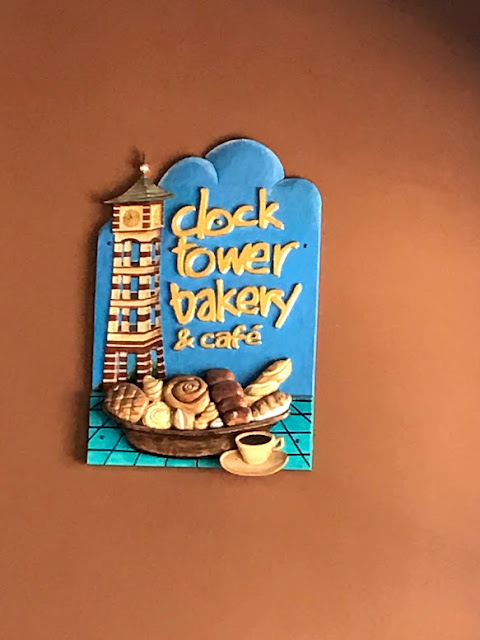 In fact, I'll meet anyone there at the drop of a hat!
It is that good!
And it's the closest to a real English tea than any I've had in America!

She told me she was bringing a friend --
so it was tea for three!
(which meant we could chose two kinds of tea -- for with 3 you get two teapots!) 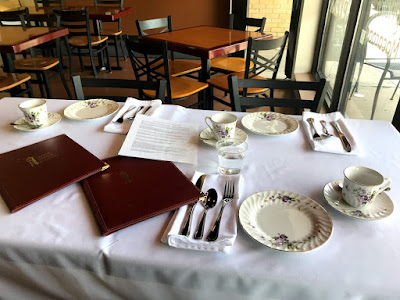 And they do it nicely --
white tablecloth
china tea ware 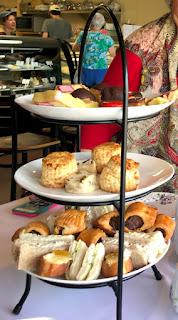 (it's proper name -- others may call it a three tier server)
properly  filled with sandwiches and savories on the bottom,
scones in the middle
and sweets on top.

You work your way from bottom up!

And unlike many American tea rooms, food, although dainty, is not postage stamp size.
For afternoon tea, after all, is really a meal! 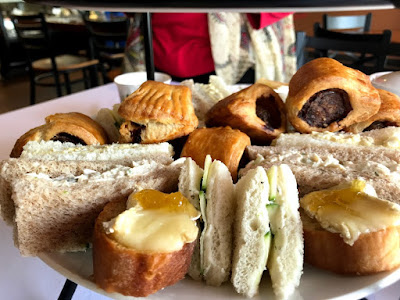 The curate held the sandwiches 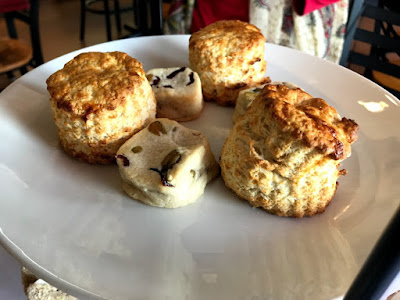 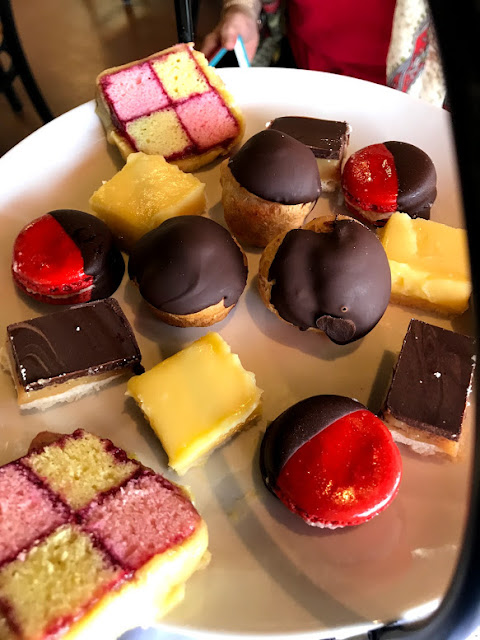 The top layer held the sweets.
And although small, they're not minuscule! 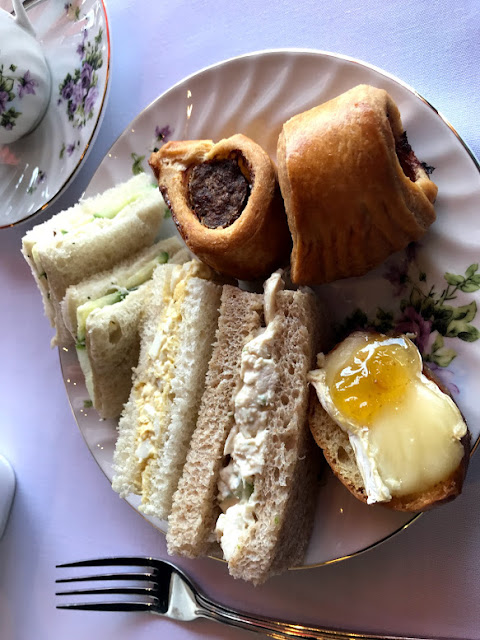 The sandwich offerings:
(per person)
2 cucumber (made correctly -- bread, butter and cucumber)
a finger of chicken salad
a finger of egg salad
two bite size sausage rolls
and a slice of baguette with brie and pear jam

The scones were delicious and we all gobbled ours down
slathered with real clotted cream and homemade strawberry jam! 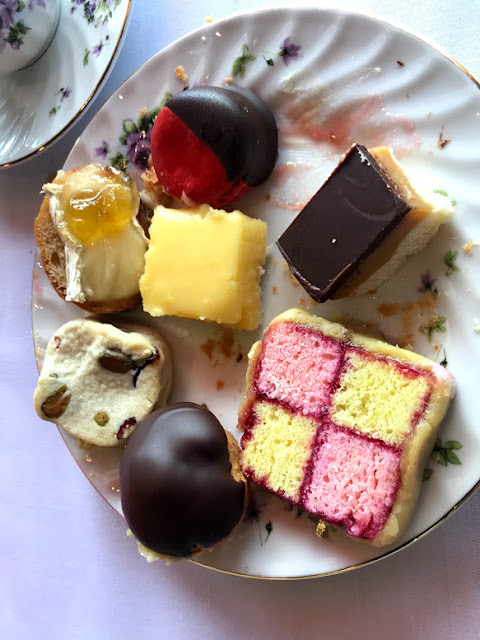 Our sweets:
(and I still have my brie bite!)
A square of pistachio shortbread that's out of this world!
A cream puff
a lemon bar
a strawberry macaron dipped in chocolate
A millionaire shortbread
and
Battenburg cake 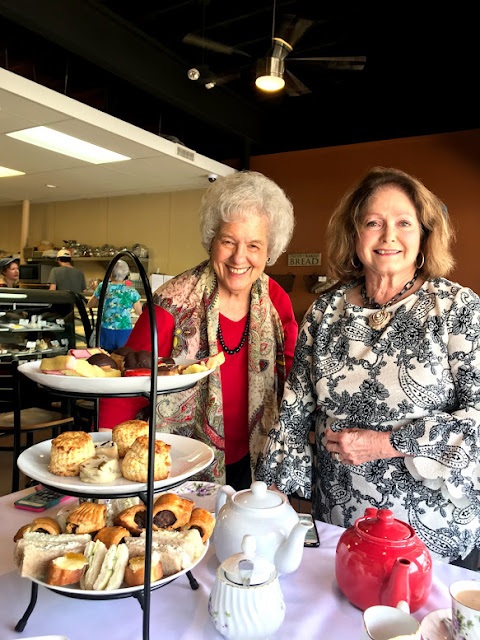 Donna and friend Penny posing with the tea and treats!

We had a grand time.
Donna and I both took food home
But I don't think we left any tea!
We chose Earl Grey and an English breakfast
They were perfect with the tea offerings.

The price is very reasonable -- $23 and change with tax

And if you're looking for a tea companion,
let me know for I'll show up for tea at Clock Tower at the drop of a hat!

There are two requirements for tea, however --
1 - you need to book a day or two in advance
2 - you need to pay when you book with a credit card
(since we each were buying our own, they let us book and pay for our individual teas)

It's nice to have a real English tea without having to spend 12 hours in an airplane!!!

The food looks delicious! I would love to catch a plane and join you for tea! The price is excellent too! I am sure you had lots of fun!
I would love to hear more about life on the prairie too!

Thank you for this great pictorial review! Sharing on our FB page now...

What a lovely time for you all and the food looks wonderful! So glad you met up and met face to face!

The food looks absolutely delicious and such a beautiful presentation. The price is very reasonable too. It’s wonderful when friends from a distance can meet up.

Whichever units are used to export the STL are the units that must be selected when uploading to our website. In other words, designing and exporting each require units to be selected, especially in SolidWorks. However, if inches are chosen, the part turns into a 25.4mm by 25.4mm by 25.4mm cube (1.0 in. by 1.0 in. by 1.0 in.). This design assist demonstrates part options that are be} too skinny or too thick, dangerous bosses, right and precision machining incorrect ribs, and other issues to be aware of while designing elements for injection molding.