ONE of our Favorite Kansas City BBQs

We love BBQ
Always have
As a child, Daddy would sometimes bring home a package of BBQ ribs
from Arthur Bryant's for Saturday night supper.
The ribs, still warm, on top of plain old white bread
the sauce soaked into that bread
And on top of the ribs was a handful of dill pickle slices.
We ate it off of the paper it came wrapped in
And even as children, my brother and I thought this was one of the best meals!

Today, I was at Jack Stack in Lee's Summit 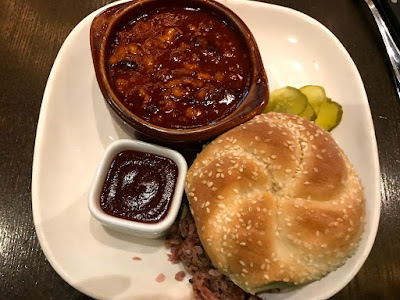 Named "Poor Russ" in honor of Dad, Russ Fiorella who started it all!

Smokestack was started in 1957 by Russ Fiorella 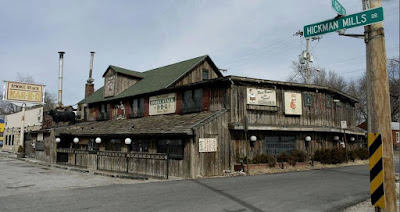 In this unassuming building on Hickman Mills Drive.
And although we didn't eat out all that often,
when we did it was often at Smokestack.

Russ's son, Jack,  worked with his Dad until 1974
when he opened Fiorella's Jack Stack of Martin City

We've eaten there a couple of times but as long as it remained open,
we preferred the original location
And then, it grew and grew . . . 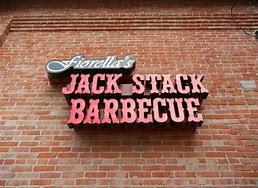 You see this sign on buildings all over the city --
in the Freight House District, Lee's Summit, Overland Park, Martin City, and the Country Club Plaza

Jack Fiorella has certainly taken his father's BBQ joint and created a BBQ empire!
And now it's being run by the third generation

Their meat is good but their sides are outstanding!
Their beans are the best ever -- hands down

And their cheesy corn bake is delicious as well.

And years ago, they Kindly shared those recipes
So I make them often when we smoke meats at Linderhof!

But if I'm in the city and someone says BBQ --
my "joint" of choice is still Jack Stack!