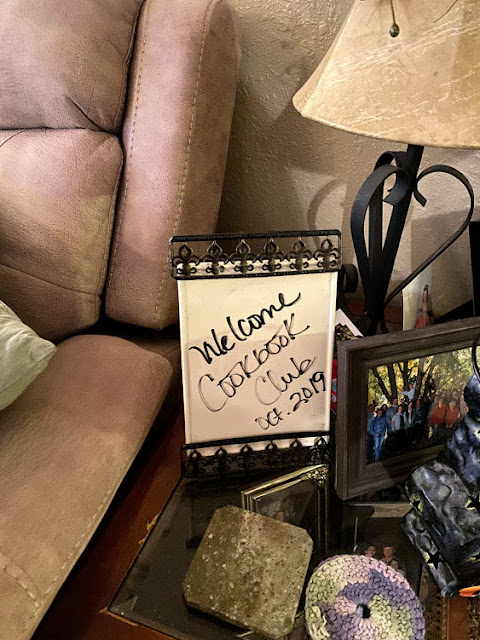 The "Ghost Hostess" left a message for us 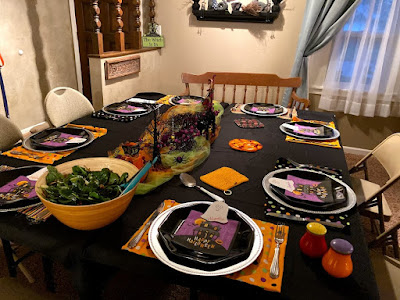 And a table well set 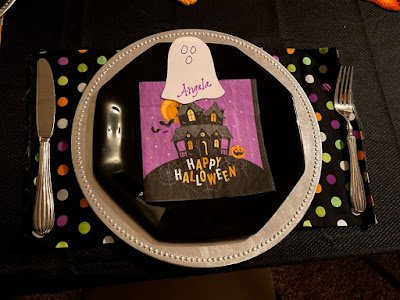 With name cards no less!
It was, after all, just a week before Halloween!

We were greeted with the sweet pies 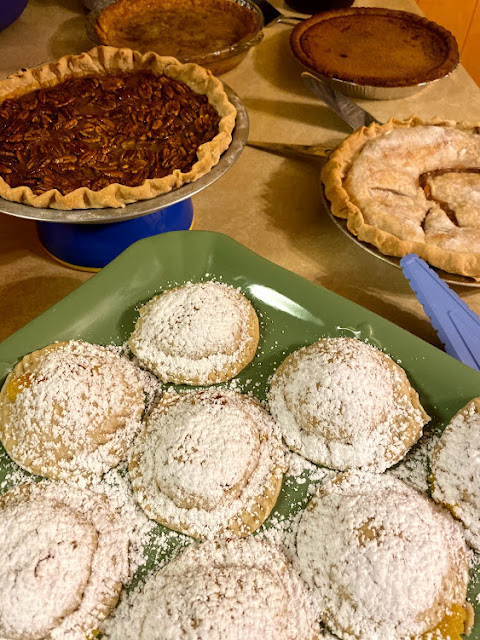 Pies you ask, how can that be a theme?
Won't it all be chicken pot pie and apple pie? 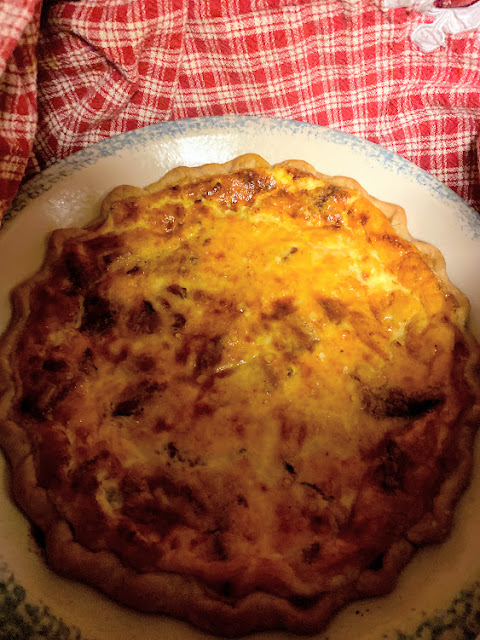 Liz's quiche.
One of the best I've had
Simple -- cheese, cream and milk, bacon
But oh, my was it good! 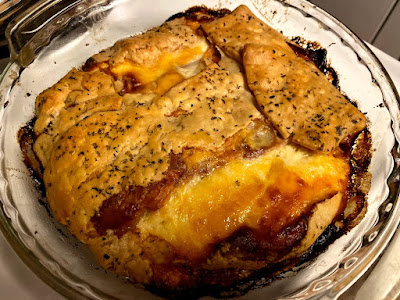 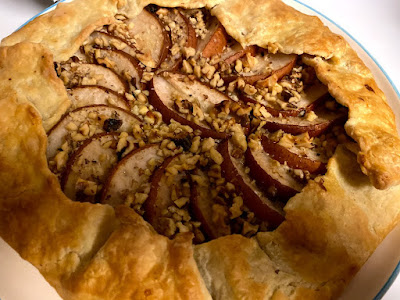 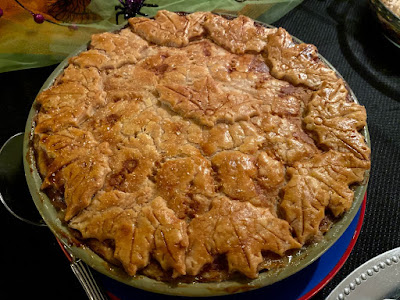 Belynda's Chicken Pie
A Bobby Flay recipe, made by her Mom -- it was the prettiest pie there! 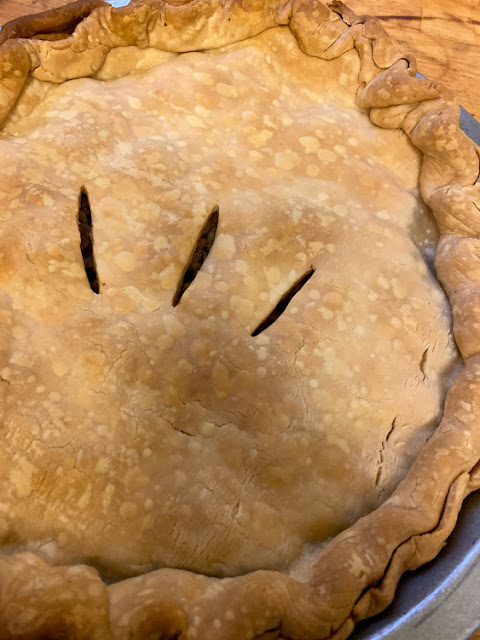 My Tourtoire -- a French Canadian pork pie usually served at Christmas
It's just pork and onion in a crust
I will make it again! 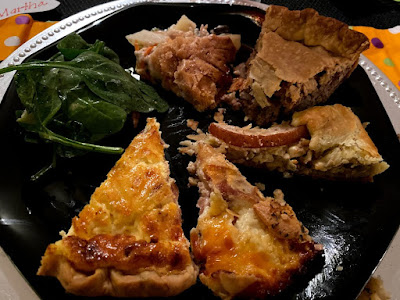 Our plate of pie -- the savories
Michelle came through with a salad to go with
"We needed a salad she said" and it was delicious -- full of fall flavors
Notice that basically, there is a whole pie on that plate!

And then on to the sweet pies! 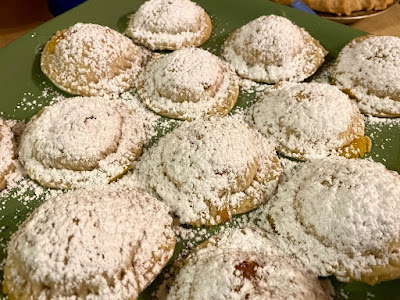 Michelle's lemon hand pies
Full of homemade lemon curd (which she'd never made before)
Oh, my were they good! 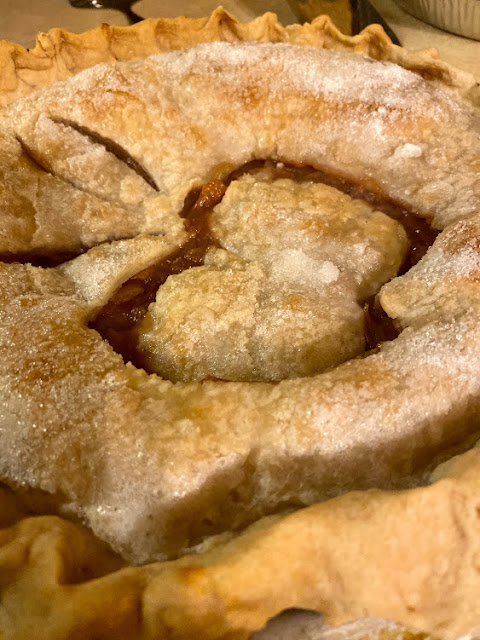 Michelle also made an apple pie -- "just because" 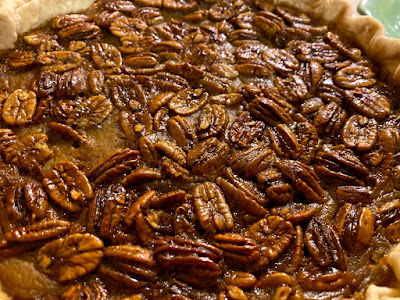 Michelle's pumpkin pecan pie -- for those at Thanksgiving who can't decide
between the two -- it's all in one!    It was delicious! 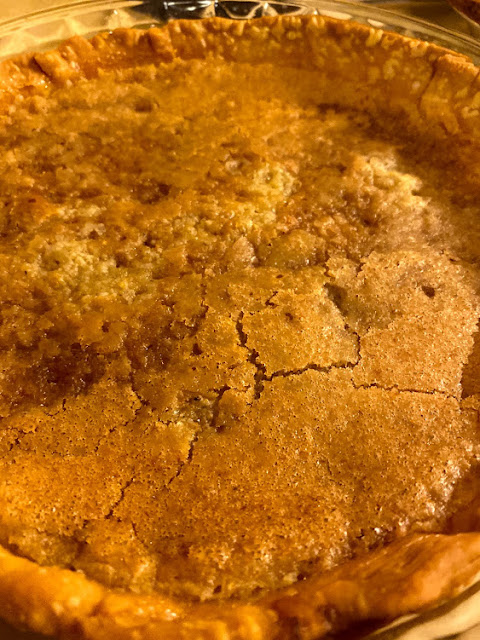 Donna made a Chess pie which she's never done before
Chess pies are always so good! 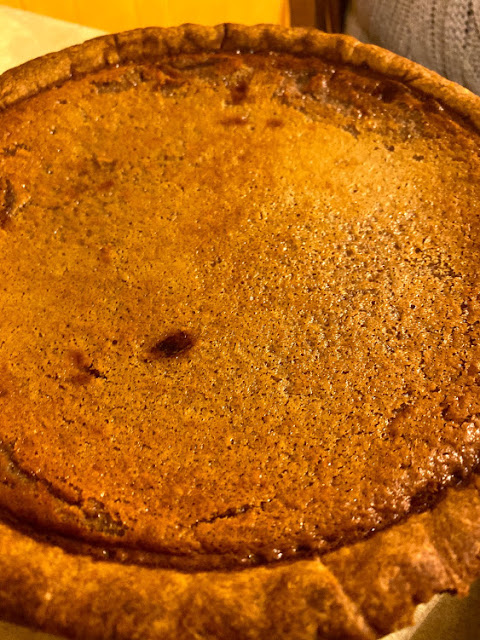 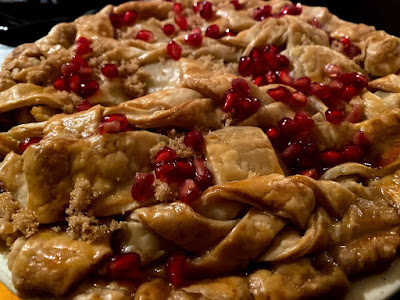 Barbara made a honeyed pear pie that was as good to eat as it was to look at!
Full of fall pears and honey with pommegranetes sprinkled on top! 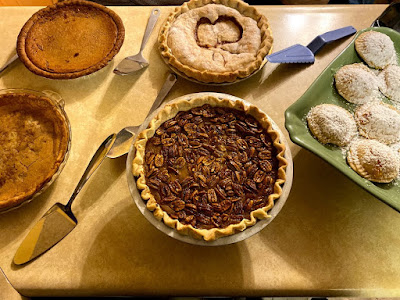 Marie Antoinette may have said "let them eat cake"
but last night at the cookbook club -- we ate pie!
Posted by Martha at 7:28 AM

Oh, my! What a brilliant and delicious idea....I must confess, I really would have liked best of all to have sampled the savories. Now I'm hungry, but it's late at night and I won't eat until tomorrow! Your cookbook club is just the best!

I would love to start a cookbook club here in Texas where I live. Could you possibly write me an email and tell me how you got it started. How it works? How many members you have? I love cookbooks and have so many. My email is goteboannie@gmail.com. Thanks Annie Scott