It's Christmas for Your Birthday When You're Born in January

The year our daughter was born,
Hallmark introduced a "Baby's First Christmas" ornament
It was in the Penney's catalog and I ordered it
It was really my first introduction to Hallmark ornaments 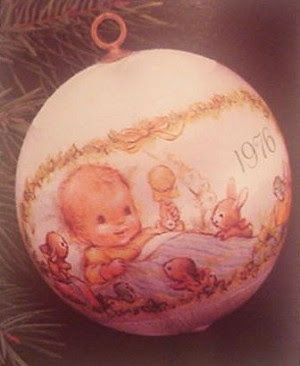 It cost $2.50 and hung on our trees from Christmas Day 1976
until she graduated from college and had a home of her own in 1998.
And today, it still hangs on her tree.
That first ornament started the tradition of a yearly Christmas present  Christmas ornament.
Hallmark ones for probably the first 15 years or so
And then we branched out into other ornaments.
We also give silver bells --
engraved Reed and Barton silver bells to commemorate happenings
such as her wedding and the birth of each of her daughters --
The front engraved Christmas and the year
And the back engraved simply
with her wedding date
or the full name of each of her daughters
In 2017, when her oldest was 4, I came up with the idea of a
"hand" ornament
There were all kinds of clever things to do with children's handprints, fingerprints and footprints on Pinterest -- with paint
But I thought it would be fun to trace the hand, needlepoint the hand in a clever way, and turn the needlepoint into a Christmas ornament.    Plus, I would have each girl print their name
which I would also needlepoint
With Lucy and Piper's assistance, I made that idea into a reality . . .
2017
Their hand's turned into Santas 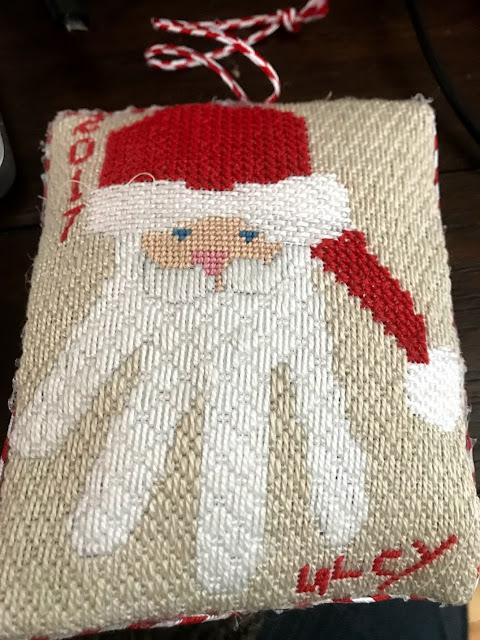 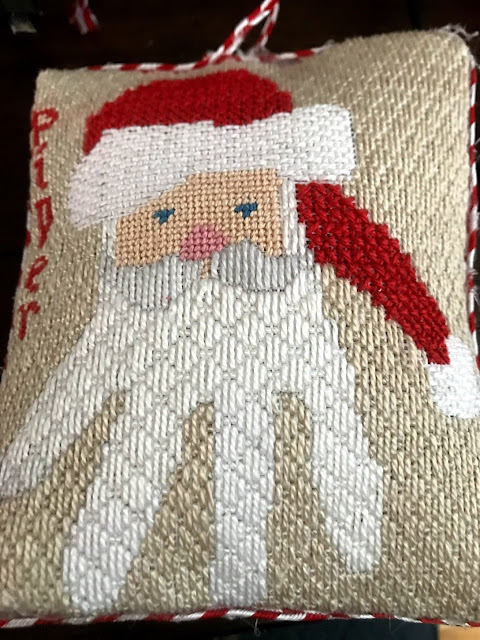 Piper's only two and doesn't print, so Nana wrote her name

It's a Christmas Tree 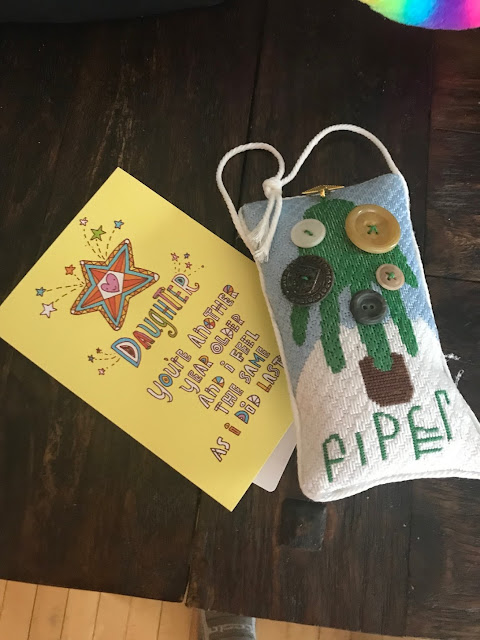 Piper's is three and can print her name
Notice the extras on the E!d 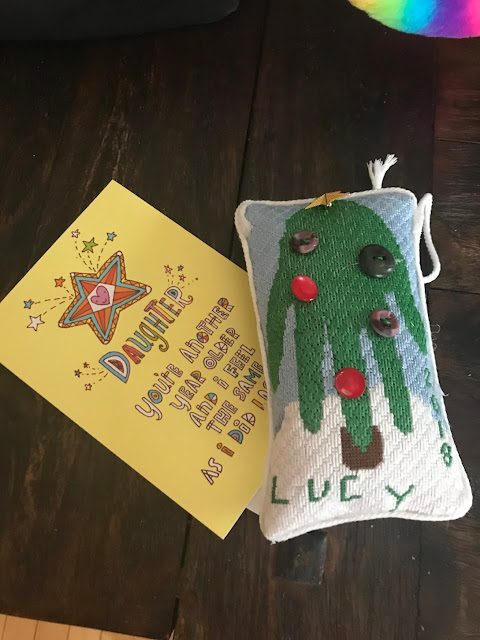 Lucy is five and she's got her l and u in the right place!
Each girl picked five buttons from my button box and I
found a star button from the top.
2019
Snowmen! 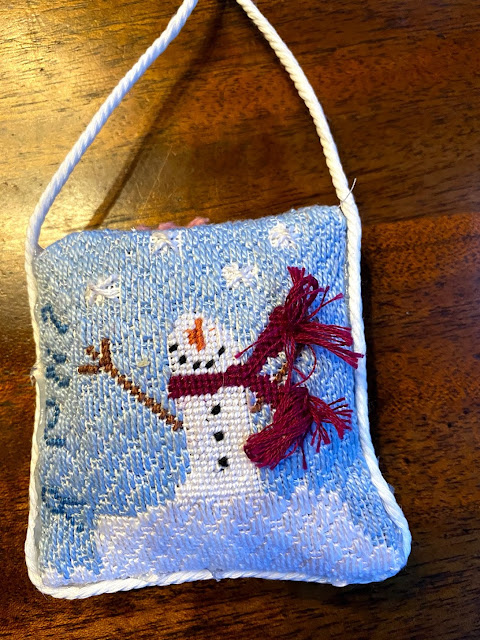 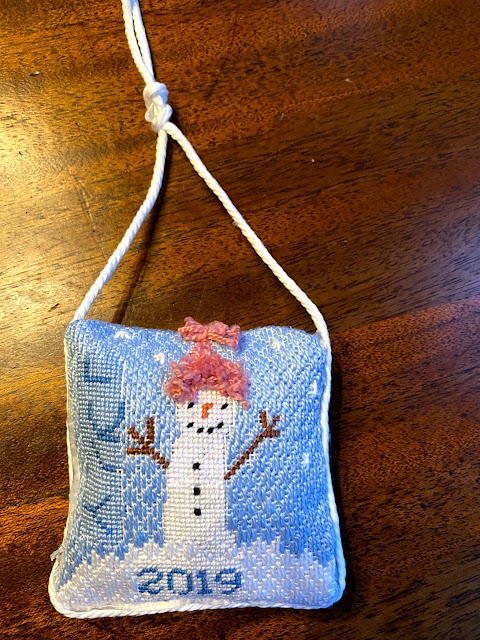 they would have been the size of a salad plate, so I decided to go with thumbs! 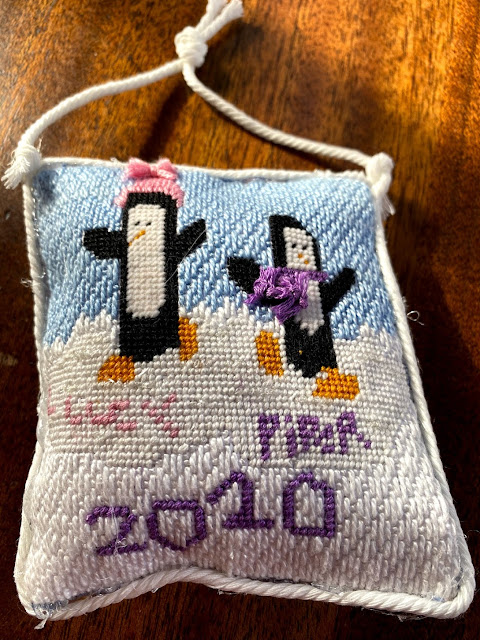 One ornament -- front side only

Lucy who's seven on the left

Piper who's five on the right

The ornaments aren't given on Christmas but rather, they're traced on Christmas, the girls write their names (and in 2020, it's Piper's printed 2020 that's on the ornament (which is why 2020 is in purple)

Then, those weeks after Christmas I start stitching

For our daughter's birthday is in January

And it's a traditional birthday gift for her

Sarah and I are both sentimentalists,

And these are very special indeed.

What a great idea - those are real heirloom ornaments. I love them. My husband's birthday is Jan. 5 so I am always desperate to come up with a gift!

Such sweet ornaments and a great birthday idea.

This is a lovely idea! Real treasures for a family. Christmas trees,

Your hand ornies are very cute and can be kept in the family as heirlooms.