I have tea ware.
I have scads of tea ware
Mostly blue and white
And between the tea sets and the cups and saucers that go with my dinnerware
I can probably pour cups of tea for a small army and have some leftover.
But then I  saw Wedgwood Bianca 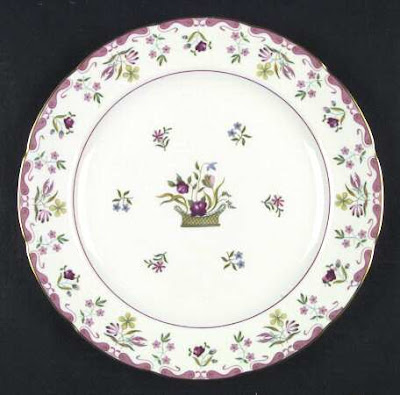 (And I'm not sure why I saw Wedgwood Bianca),
how it happened to come on my radar, but
I said
"that's pretty but I need no more tea cups and saucers"!
So even though I trolled E-bay and Replacements,
that was all I was doing -- just trolling!
Being very conservative and definitely being a
"I'm not buying any more china" person
And then I received this in the mail! 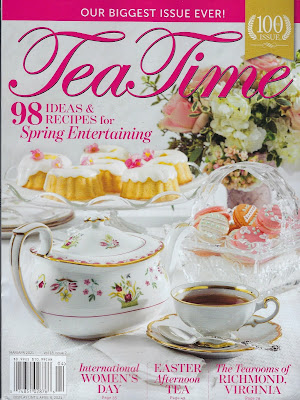 Look what is on the cover!
Wedgwood Bianca
The lovely teapot
"Wow", I thought, it's even prettier than on the internet!
And then I thought . . . if it's on the cover, more people like me,
who covet it will end up buying it and if I don't buy it now,
there won't be any to buy . . . at least for a while! 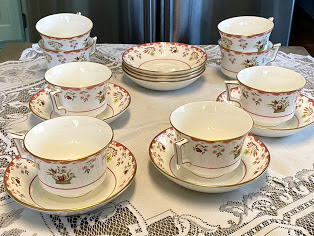 And so I did
From E-Bay
8 cups and saucers!
Don't you love the old fashioned ness of the deep saucers?
It's prettier in real life than it was on the computer! 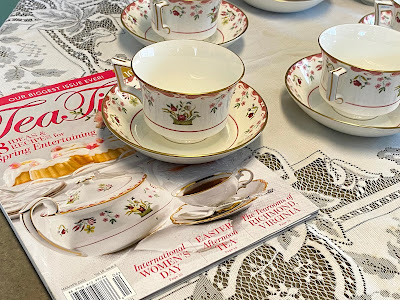 I wonder how much Bianca was sold

because Tea Time Magazine put it on the cover? 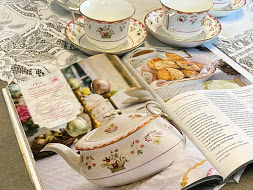 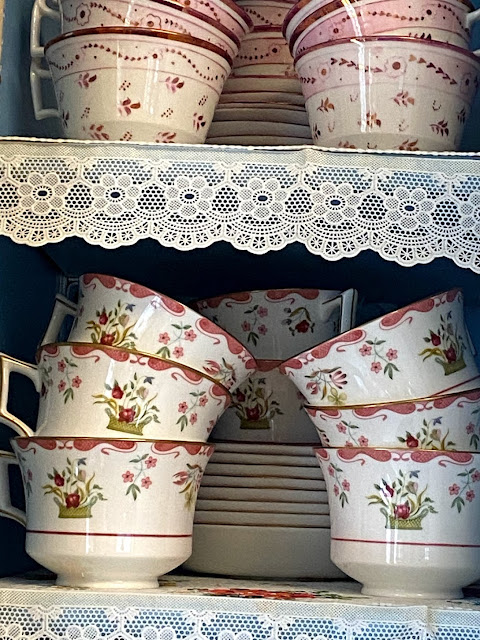 It looks right at home in the cupboard
with my antique pink luster cups and saucers.
They are a similar shape and both sets have those deep saucers! 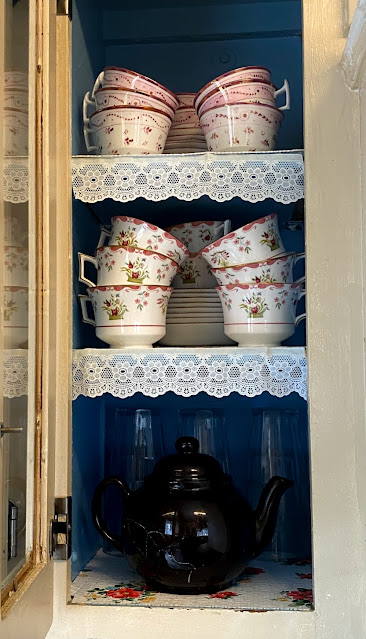 Keeping them company in that cabinet

is my Brown Betty!

How good would that Bianca teapot look in that spot?

It is so pretty! Enjoy the pieces.

My family comes from Scotland (years ago!) and my Aunt told me that the deep saucers were from Victorian times. You would pour some of the tea into your saucer, where it would cool faster than the tea in the cup. You would sip it right out of the saucer, and when it was empty, or cold, you could top it up from the cup because the cup kept it hotter than in the saucer. ! Your set is amazing, I love it.

I saw that on the cover and remembered how much I love that pattern. I thought the very same thing that now lots of folks would be searching for it on eBay. I just love it!!Always haved. Surprising that I don't have any as I have so (some might say too much) china.

2 bhk for sale in mohali